Kobe Bryant ahead of schedule; Old but Iron

Everyone instantly felt dismayed by the untimely arrival of the injury Kobe Bryant received back in April: and one of the more serious injuries a basketball player can get…a torn Achilles’ tendon. Not only did Laker fans, and NBA fans in general feel sympathy for arguably the best player currently in the NBA, everyone knows how competitive Bryant can get, especially when the playoffs are nearing, inching closer. As soon as he was hit with the injury, everyone thought it was virtually certain that the injury has provoked the end of his career to near a lot closer than expected; after all, he is an old man, Basketball wise…turning 35 on the 23rd. It was said that it would take at least 7-10 months for Kobe’s ankle to heal, meaning that potentially Kobe would make a comeback somewhere in January next year of the 2013-2014 NBA season; if lucky, tad earlier in December. Most officials would think he wouldn’t be back until playoff time (March-April, and that was reasonable). Kobe even said himself that following the injury, it was more than possible he wouldn’t play all of next season. Kobe stated in an interview that it was probable that even if he returned “things wouldn’t be the same”. 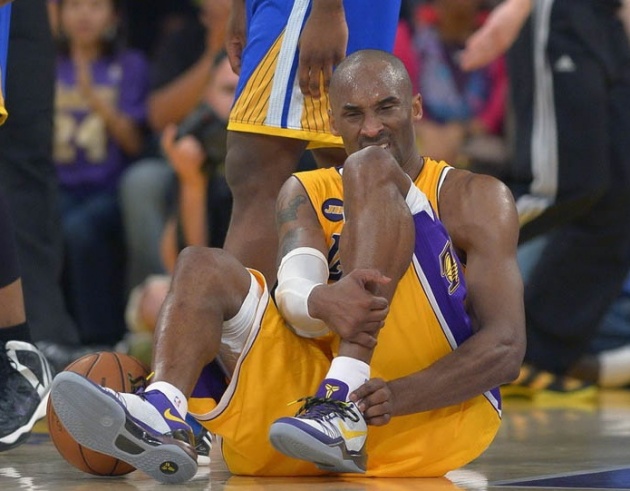 After battling and pushing his team into the 8th seed, he immediately ruined Lakers chances, (not on purpose of course) leaving for 9 months and being there best player.  However, recently the most incredible news was released…Kobe was going to ball again, and he definitely wasn’t going to pull off a Derrick Rose (who received an ACL injury back in April 2012, and hasn’t played a single game since then). Kobe is currently 3 months ahead of schedule!

Right before Kobe stated to a summer league Laker player that he was 3-4 months ahead of rehab schedule, his Laker team have gave off info that was rather un-comforting. ..Well, they essentially gave off no info at all! They haven’t had any idea what time Kobe would be back playing for the Los Angeles Lakers, and have not even got to if Kobe would even play at all this season. Now since things are starting to unravel, it is looking like Kobe would begin getting playing time around the beginning of the season – to peoples dis belief, AND relief! It sure is great news to hear that your team’s top player has the potential to start games around November, at the most early December. Now that’s a comeback! Although fans have seen Kobe do wilder things throughout his basketball span, it sure is a surprise that he should be expected to comeback a lot sooner than expected. But considering that Kobe has come back from “wilder” things, it shouldn’t be a surprise! Kobe’s devotion to the game of basketball is simply inspirational. After all, he is an iron elite athlete. He is a machine! 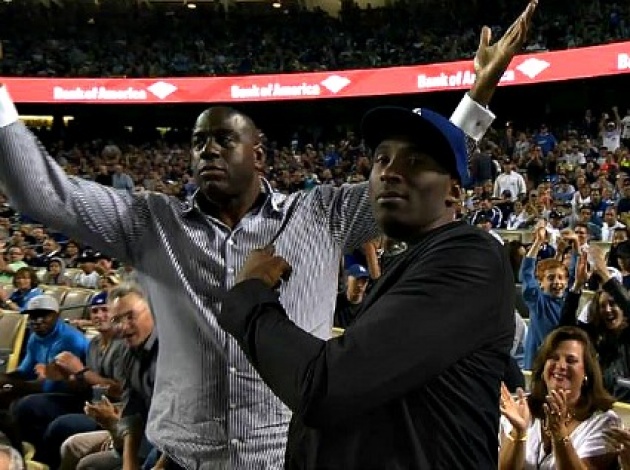 Kobe and Magic Johnson seen at a Dodgers baseball game.

Lately, Kobe has been seen in Venice Beach, walking and enjoying time with his family. He has also been spotted casually, with no problems walking up and down stairs at a baseball game. Who knows what is influencing Bryant; if it is his athletic trainer Gary Vetti that is influencing him, his family, or just his love for the game of basketball… or maybe all of it together. On Instagram, he has been posting several photos of himself utilizing the friendly Alter-G treadmill, which helps stabilize and gradually heal his Achilles’. So what does this all mean? It means you better be prepared to see Kobe this season to pull off some crazy antics, as if he never received an injury in the first place…as long as he keeps taking care of himself.

Hello all. Today is first january and the very first day of 2018 and it is my first day at bitlander…