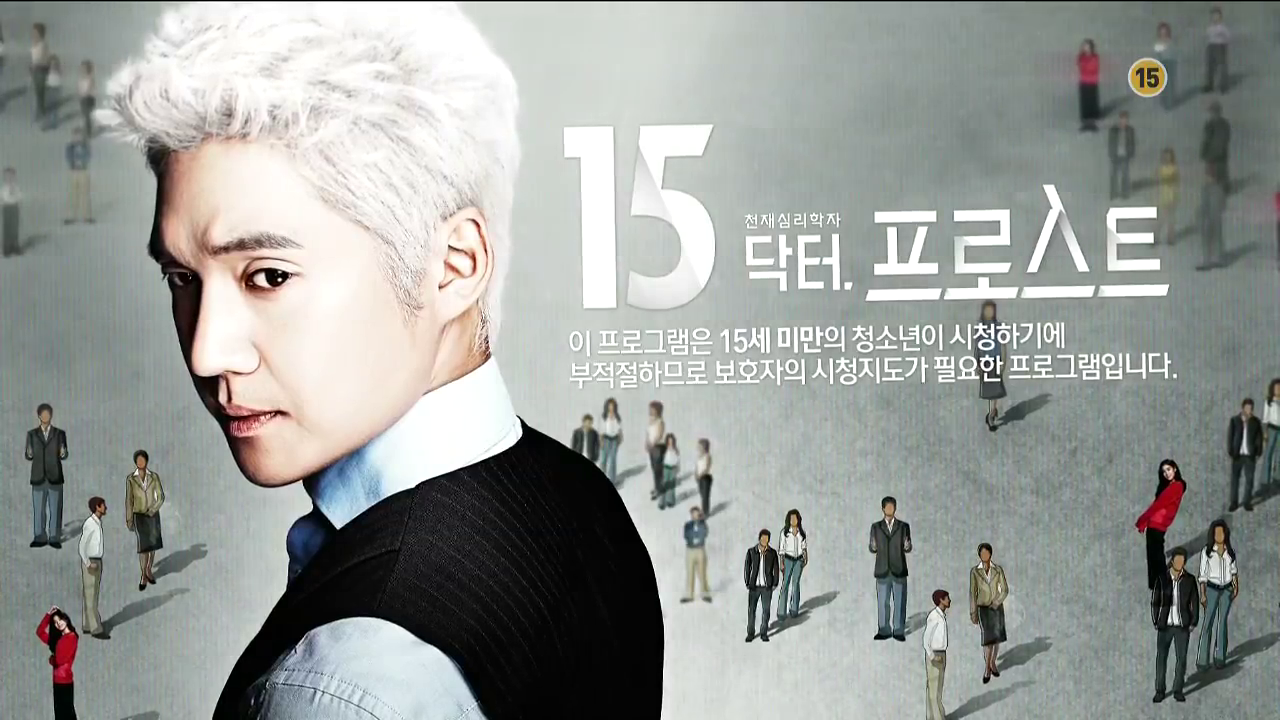 South Korea already labelled as the home of romantic drama, however one of South Korea cable channel, OCN offers uncommon genre such as crime, thriller and mystery. One of OCN’s drama that I’ll reviewed is Dr. Frost. This drama adapted from webtoon (online comic) titled Dr. Frost (닥터프로스트) written by Lee Jong Bum (이종범) which published on February 2, 2011 on cartoon.media.naver.com.


Throughout the 10 episodes, this drama presents several psychological and mental illness cases ranging from symptoms to the treatment. Dr. Frost portrays the story of a genius psychology professor who asked to assist local detectives to solve crimes. He applied various theories and practice of psychology to investigate people who involved in criminal cases, in terms of psychology. If you’re familiar with American TV Series “Lie to Me” or a fan of British TV Series “Sherlock”, this one should include in your must-watch list.

Baek Nam Bong (Song Chang Ui) is known as Dr. Frost who became a professor of psychology at an early age. Although he is a genius, he has trouble empathizing with others due to the frontal lobe injuries he sustained when he was a child. At university, he worked along with his mentor Chun Sang Won (Choi Jung Woo), the head of the Psychology Department and his old friend from university, Professor Song Sun (Lee Yoon Ji). Besides his profession as a professor at the prestigious university, he also became a counselor at the campus counseling center, assisted by teaching assistant, Yoon Sung Ah (Jung Eun Chae), while at night he worked as a bartender. Along with Yoon Sung Ah, he helped Detective Nam Tae Bong (Sung Ji Ru) to solve a variety of criminal cases with his psychology knowledge.

A genius psychology professor with white hair and zero facial expression played by Song Chang Ui. His white hair is not due to old age or symptoms of albinism, but his hair turned white because as a child he had a car accident that caused the death of both of his parents, while he suffered a frontal lobe injury. Those injury that causes his hair turned white and makes him unable to feel emotions such as sadness, anger, disappointment, or fall in love.

His inability to feel emotions should be able to disadvantage him as a psychologist, however it’s actually benefit him when dealing with patients. He can be professional and not easily carried away, so that the analysis he did really based on logic and observation. However, it also brings a disadvantage for him because he is often regarded as "cold" and heartless person, this is what causes him called “Frost”.

Jung Eun Chae played the assistant of Dr. Frost on Campus Counseling Center, Yoon Sung Ah. Yoon Sung Ah is a bubbly character who pleased to provide solutions for those who are in difficult situation. In contrast to Dr. Frost, who labelled as heartless person, Sung Ah is a type of person who has a high sense of caring and tend to sympathize with others. This is what sometimes causing a small commotion between Sung Ah and Dr. Frost because she can’t stand for his coldness. Even, she ever touched his chest to check if Dr. Frost has a heartbeat.

One of psychology professor at the university who is also a classmate of Dr.Frost, played by Lee Yoon Ji. She has a love-hate relationship with Dr. Frost due to their history related with Song Sun’s younger sister. Later, it will revealed why the friendship between Dr. Frost and Song Sun become an intricate relationship.

Sung Ji Ru played Detective Nam Tae Bong who get along with Dr. Frost and Yoon Sung Ah to solve several crime cases. Their first meeting was when the detective handling the case of an actress who has stalked where she’s also Dr. Frost’s first counseling patient. Dr. Frost assisted the Detective Nam Tae Bong to solve the case by a method he called "psychology investigation" and after this first case, the detective often helped by Dr. Frost to resolve criminal cases with his psychology approach.

The Dean of Psychology Department of the university played by Choi Jung Woo. He’s the one who pursue Dr. Frost to volunteer as counselor for the university counseling center. Not only as Dr. Frost’s mentor, he also an old friend of his father. Chun Sang Won is the one who recognized Frost’s remarkable intelligence and help him to pursue his passion in psychology. Since he’s also a professor of psychology, Chun Sang Won is the one who really can understand Frost’s lack of emotions.


Psychology is not Mind Reading, Its Brain Science

If you’re fan of crime and police procedural genre and addicted to psychology-thingy, you definitely will fall in love with this drama. Each episode will discuss the cases of mental and psychological illness which is not only in general, but each case will be explored in depth. Several cases are discussed, such erotamania, narcissism, until bipolar disorder. The audience will recognize what are the signs and symptoms of each illness, how the level of difficulty in the healing process of patients with psychological illnesses, until the steps of what to do to cure the patient. This drama does not only offer an entertaining spectacle, but also to provide knowledge about psychology through fascinating cases.

Another appealing stuff of this drama is Dr. Frost character itself. Although he’s a heartless person, we can deny the fact that’s he’s born with high IQ and his frontal lobe injury make him a genius. The way he utilizes his knowledge of psychology to solve or prevent criminal cases by analyzing people to understand their mindset and predict their action is so prodigious.

We also can witness Dr. Frost’s way of thinking not only through the narrations, this drama actually visualize it. For those who familiar with Sherlock Holmes, you’ll recognize his famous deduction method also applied by Dr. Frost, with more emphasis on psychological knowledge.

This image is a snapshot of the first episode when Dr. Frost apply the science of psychology to the guests in the bar where he work. Initially, two his fellow bartender play a role by providing a dialogue towards a pair of guests who were arguing, they assume that the couple quarreled because of the woman caught cheating. After analyzing the couple, Frost explained that the couple quarreled not because she’s cheating, however she’s angry toward her boyfriend due to the fact that he’s a gay. This demonstrates Dr. Frost’s thinking process and how he could draw these conclusions. This is very similar to the Sherlock’s Deduction Method right?

Beyond outlining the cases of psychology that make us curious, the knowledge related to psychology which presented in this drama is also quite fascinating to observe, essentially watching this drama can boost your knowledge about psychology. For you who are interested in things about psychology or being bored with Korean romantic drama, this OCN’s drama could be your choice.