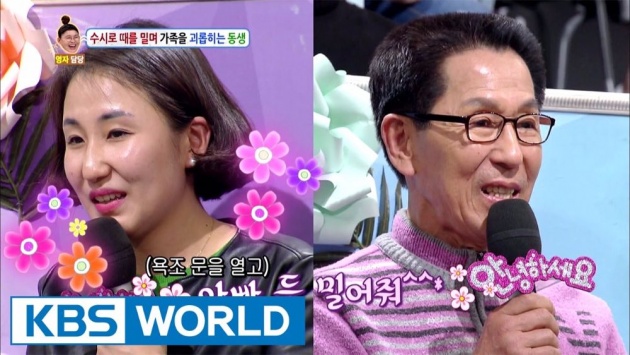 Hello guys~ LookUp again here :3 In my previous blog, I have discussed the first concerns of "Hello Counselor" about "Where's my house?", and now I am going to discuss about the second concern, "Bang! Bang! Bang!". If you want to know more about "Hello Counselor" you could read my old blog about it titled "Hello Counselor: The Problem Solver TV Show". Once again, do not be bored with my blog because I still have so many things to review :D I hope you could enjoy it. Happy reading~!!! 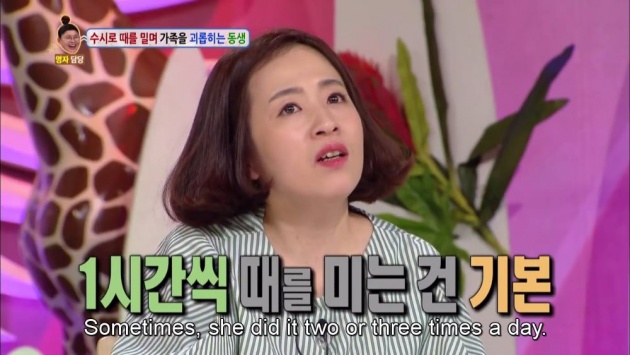 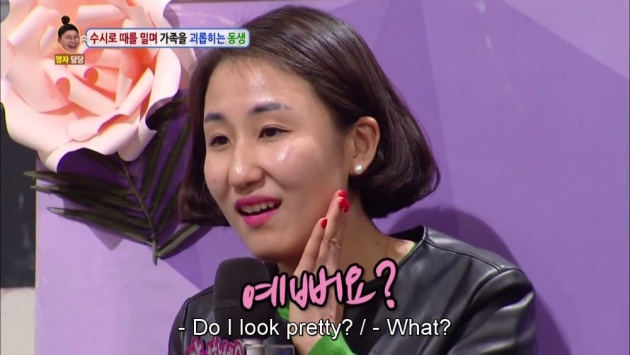 We meet with the sister. She said that she didn't understand why this is a concern. What's wrong with often bathing? When she went out after bath, people told her that she had nice skin. She then explain how she bath and scrub her body. First, she fill the tube with hot water, then soak her body for 20 minutes. When her body is soaked, she took a scrub towel and scrubs her arms, face, and legs, and the last step is scrub her back. Someone has to scrub her back or otherwise she wouldn't come out from bathroom. She felt unpleasant if no one scrub her back and she will take another bath if she didn't get a back scrub. 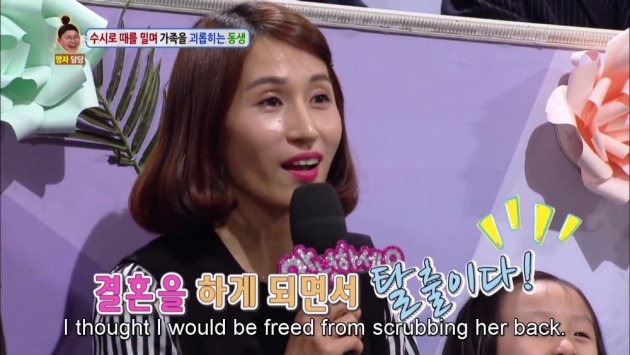 Her eldest sister, her mother, her father and even her 6 years old niece comes to "Hello Counselor" to give testimony and the one who suffered the most is the mother, because she lives with her. The mother says that her daughter often takes a bath at 11 p.m. or 12 a.m. Even when she was slept, her daughter once came to her room with a towel scrub and asked her to scrub her back. And half-asleep she did it inside her room. Her father claim that he is the biggest victim because he scrub her daughter back the most. He said that her daughter like him because he's stronger while scrubbing. 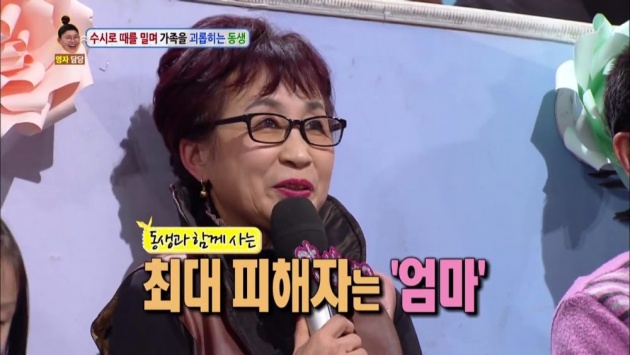 Well, it's getting crazier :D Is it normal for an older sister to ask her younger brother to scrub her back? Moreover he is a grown-up man :D I guess most of woman would feel embarrassed and avoid doing it, even though she just show her back and cover the front. Several ways have been done to stop her, even the father has removed the bathtub from the bathroom, but still failed. Instead, she used big bucket to soak her body :D 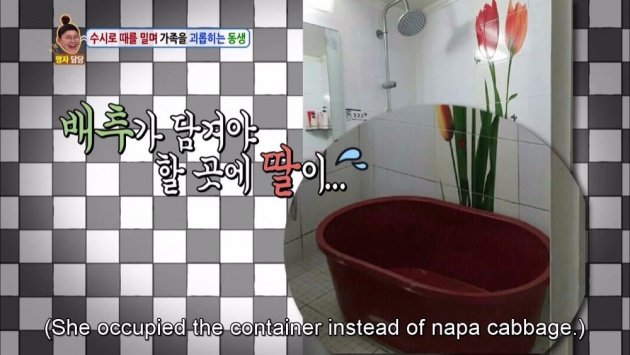 From the first look, I admit that she looks like has nice skin, or maybe is it just make up? :D But seriously, her skin looks different than others. To know the condition of her skin, "Hello Counselor" took her to dermatologist. The doctors said that most of her skin are very dry and there are milia on her face which is probably caused by her scrubbing habbits. He also give advice, if she continue her habit it may lead to chronic eczema. 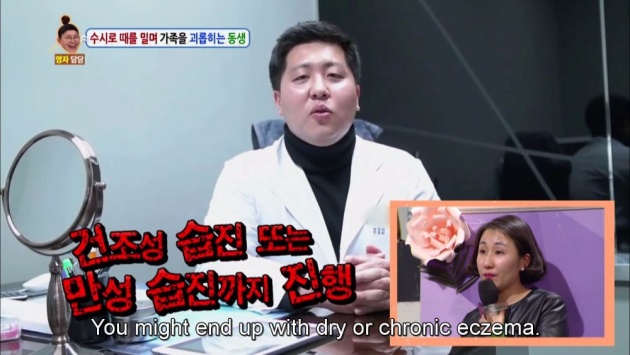 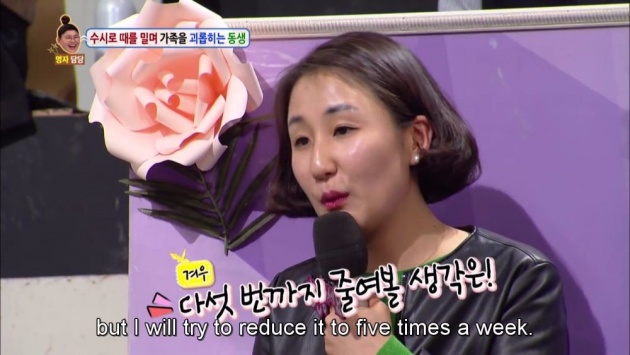 After hearing the explanation from the doctor, she understood and realized that her habit was not good, but she said that she could not stop. Instead, she will reduce it to five times in a week. Yeah, it's hard to change the habits and I can't blame her, but at least she willingly to reduce her bad habits. 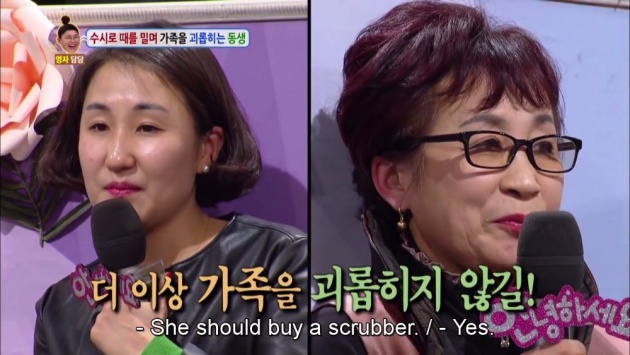 Overall, I would vote this matter as a serious concern. She really need to change her bad habits to get healthy skin, and of course she can't do it alone. She need support from her family and her environment. I hope she also can stop asking her family members to scrub her back and find other alternatives. With this, she earned 108 votes out of 200 audiences. 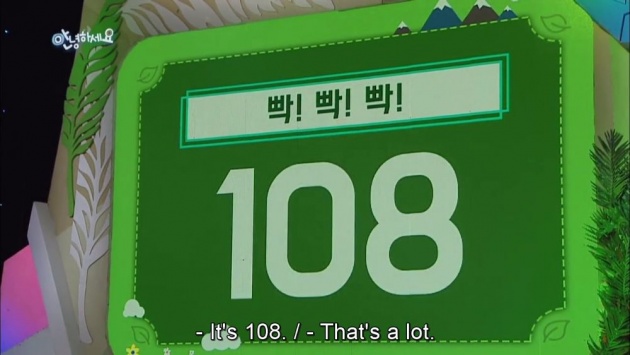 That's it my simple review about the second concern of "Hello Counselor" this episode, "Bang! Bang! Bang!". I will discuss the third concern on my next blog which is about "Don't Worry". I hope you enjoy this boring blog and see you next time~ :D