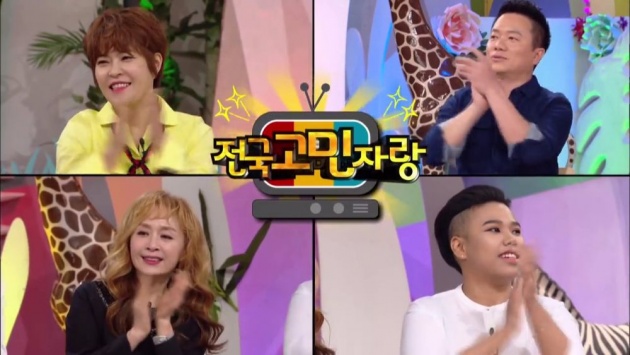 Hello guys~ LookUp again here :3 In my previous blog, I have discussed the first concerns of "Hello Counselor" about "My Excruciating Love", and now I am going to discuss about the second concern, "Endless War". If you want to know more about "Hello Counselor" you could read my old blog about it titled "Hello Counselor: The Problem Solver TV Show". Once again, do not be bored with my blog because I still have so many things to review :D I hope you could enjoy it. Happy reading~!!! 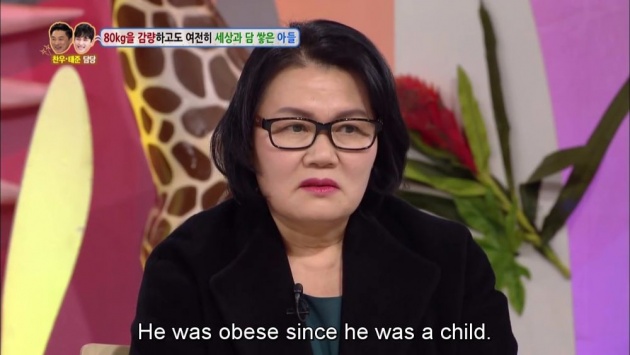 The second concern comes from a 50s year-old mother, Cha Sook-jin. She comes to "Hello Counselor" because has problems with her son who will be 24 this year. The son has a problem about obesity and some people even call him a monster, because he has a height of 173 cm and weighs 160 kg. However, within a year and nine months he managed to lose weight by 80 kg. After that, the mother thinks that his son's confidence will increase because he has lost weight. But it was not like that, the son always locked himself in his room and she had tried to talk to his son but it was not easy. The mother hopes that her son can stop locking himself and can get out into the world. 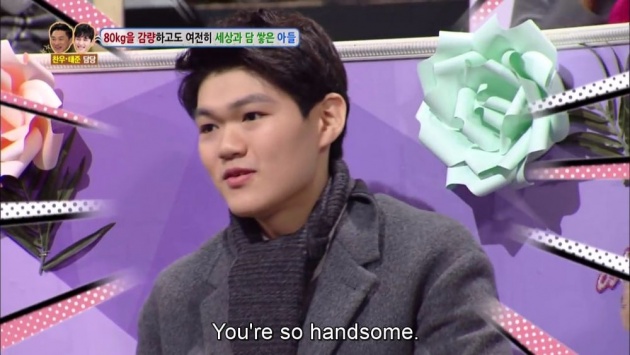 Somehow, I can relate to the problem of the son about his obesity. But the difference is I'm not fat but I'm a skinny person who can be said to be below average standard for people about 170 cm tall. And fortunately, people do not treat me so badly like him, though sometimes I hear things that annoy me. Some people say that I do not eat enough or rarely eat, when in fact my food portion is big enough. I feel that my skinny is due to the offspring of my father or my grandfather, because I've read in an article which said that skinny can be due to heredity. But sometimes, I do not really care what people say, as long as I'm healthy, I do not mind being skinny :D

"Before and after diet" 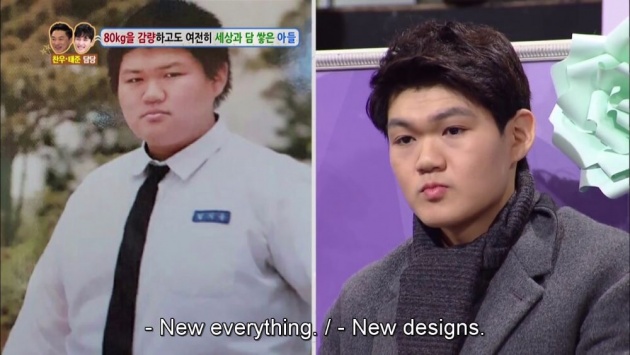 OK, back to the topic. The mother told that her son has been fat since he was a child. And when he started school in junior high school and high school his weight was 160 kg. This resulted in a lot of people who teased him, like "Is he a human or a monster?". But now this is not the problem anymore, because the son has lost his weight. The problem is, he still lacks of confidence like he used to when still fat. Up to the point where he rarely talks to his mother, and even they talk through text with phone. 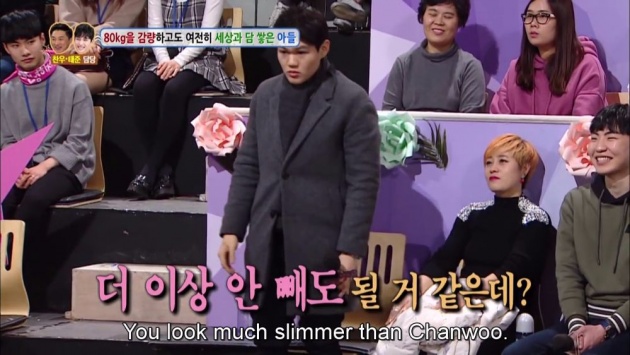 Actually, it was amazing how the son could lose his weight about 80 kg just in one year and nine months. And I am sure, it must took him a lot of effort. And my first impression when I saw the son was that he did not look bad to the point where he had to lock himself in his room and he is quite good looking too. Instead, he should proud with his effort.

Later, the son said the reason why he did not want to talk to his mother or sometimes be bad to her. He says that whenever he talks to his mother, his mother often tells him to eat food which are not good for a diet, like pizza, fried chicken, etc. And the reason why he often gets angry or upset to his mother is because while he is on a diet he become more sensitive and he took out his anger to his mother. He also said that his father and his sister are also not so supportive with his diet and being indifferent, that is why he became more determined to lose his weight. 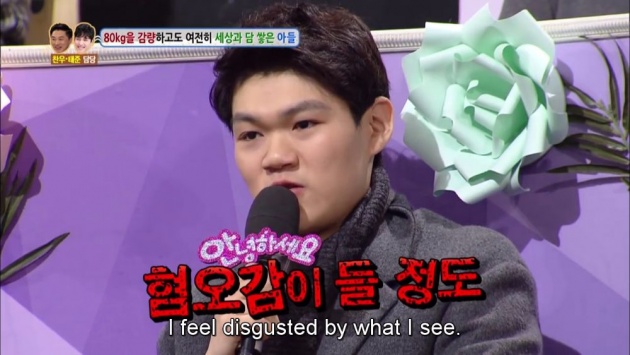 After the success of his diet and managed to lose 80 kg, now he has other problems with his loose or saggy skin. He planned to do an operation to get rid of the problem, but the cost is high and he asked his mother about it. Her mother has also worked hard every day to save up the money for surgery, even though she is not very healthy but she promises to work on it and tell her son to wait.

The more they opened up each other and share their stories, it is become clear what to do from now on. In my opinion, they both is at fault here, the mother which is not so supportive and believe in his son and the son which is too focus on his diet which sometimes hurt people around him. Actually, the main problem of the son is that he has low self-esteem even after he lose his weight because of what happened in past which is still affect him till now. 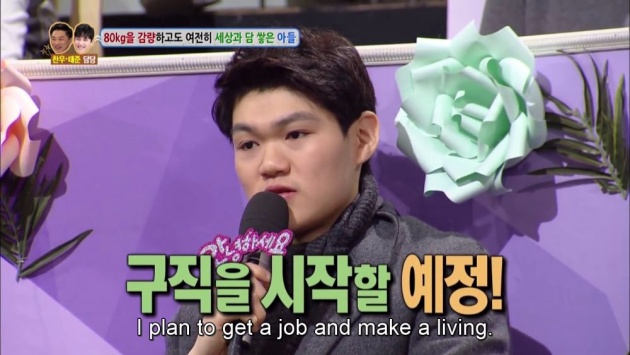 He is still not satisfied with the results he gets, that's why he says he wants to weigh 70 kg which is a standard weight for him and he also talks about surgery. Fortunately, the host tell him not to do the surgery, because the scar after the surgery will cause him more stress, and I am positively he was persuaded by it. 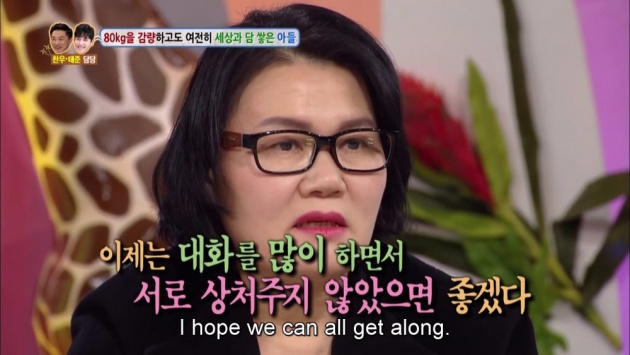 Communication between the mother and the son is important in this concern. They get to know what their own fault by listening each other complaints and try to fix it. Actually, the son is a good child. He admit that he was wrong and apologize to his mother. And the mother just want her son to live a normal life and go out to the world. 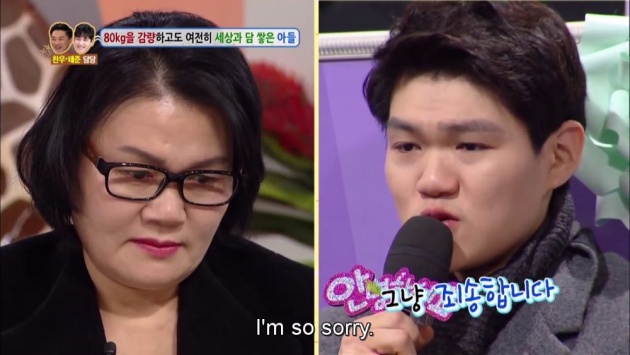 Overall, I will vote this matters as a not serious concern. Because what the son has done to lose weight is something that is worth the thumbs up and I am sure many people want to be like him. He just need to raise his self-esteem so he could live like normal people and I hope people around him should be more supportive and believe in him for him to change his bad habits. And the most important things is communication, mainly within the family. With this, she earned 84 votes out of 200 votes from the audiences, which indicates that this concerns are not a serious problem.

"The final result with 84 votes" 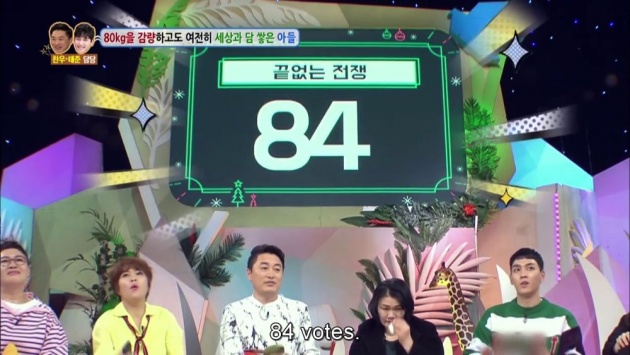 That's it my simple review about the first concern of "Hello Counselor" this episode, "Endless War". I will discuss the last concern on my next blog which is about "Don't Run Away". I hope you enjoy this boring blog and see you next time~ :D