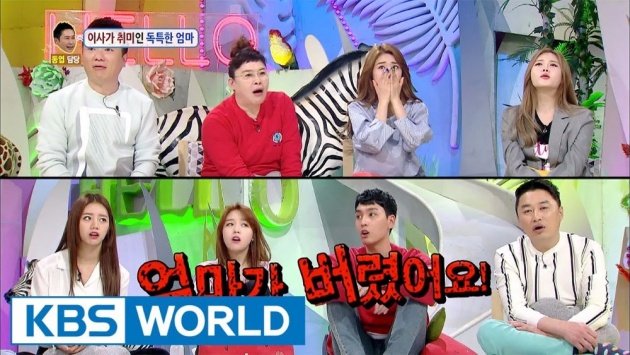 Hello guys~ LookUp again here :3 I come with new blog and new episode of "Hello Counselor" to review. In this blog I will discuss about the first concern, "Where's my house?". If you want to know more about "Hello Counselor" you could read my old blog about it titled "Hello Counselor: The Problem Solver TV Show". Also read my review about other episode in here or here. Once again, do not get bored with my blog because I still have so many things to review :D I hope you could enjoy it. Happy reading~!!! 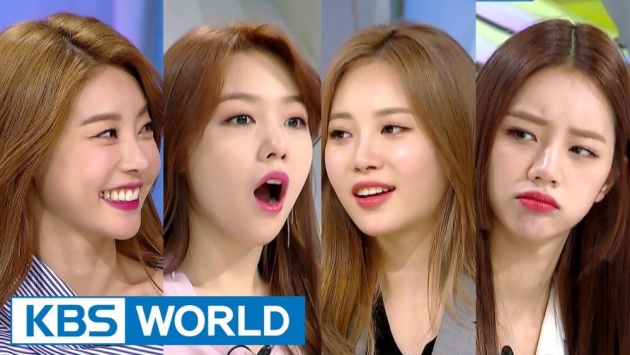 On this episode, "Hello Counselor" invites Girl's Day as the special guest. Girl's Day is a South Korean girl group which consists of four members formed by Dream Tea Entertainment. The four members is Sojin, Minah, Yura and Hyeri. Since their debut in 2010, many of their song became big hits such as "Twinkle Twinkle", "Hug Me Once", "Expect", "Something", "Darling", and "Ring My Bell", which is sold more than one million digital copies. You can read more about them here: Girl's Day

The first concern comes from a 12th grade girl, Park Na-hyeon. She came to "Hello Counselor" because she had a problem with her mother who had an unusual habit. Her mother has an addiction to move house. She always struggling whenever they have to move to new house, like packing and unpacking their things. There's no particular reason why her mother wants to move, like because there's a cockroach, or because she's already sick of the house, etc. And to date, they have moved home 14 times. The other problem is, her mother always strict when it comes to house, and they must obey her mother rules. She and her father has tried to stopped her but nothing works. She came to "Hello Counselor" with hope to stop her mother from moving house again. 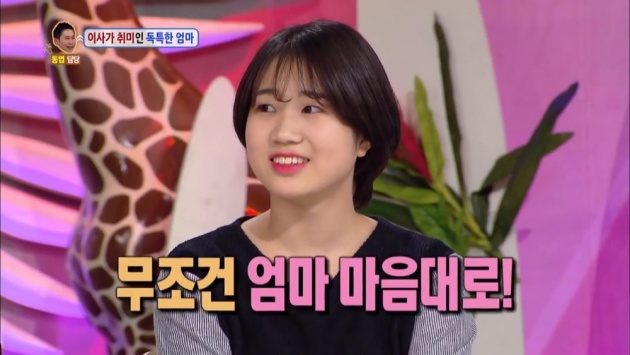 Addicted to moving house? Sounds crazy, right? :D I guess, most of people will avoid always moving home, because it is tiring. You have to packing your things from old house and unpacking again to your new house all the time. And the fact that they have moved house for 14 times is a remarkable thing :D Well, let's continue the story and hear the mother reason. 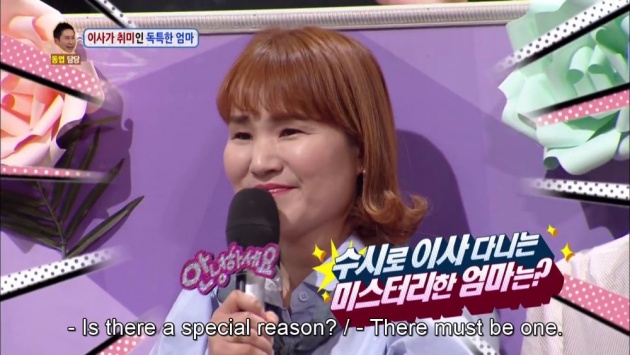 The daughter said that the shortest period of time she lived in a house before she moved was four months. And when she was in elementary school, she had moved to different elementary school five times. She also said that currently her mother plans to move again for the 15th time. Because of this she has difficulty to make friends and even she got lost once because forgotten with her home address. When she complained and stopped her mother from moving home, her mother never took her seriously and instead told her to live with her grandmother. 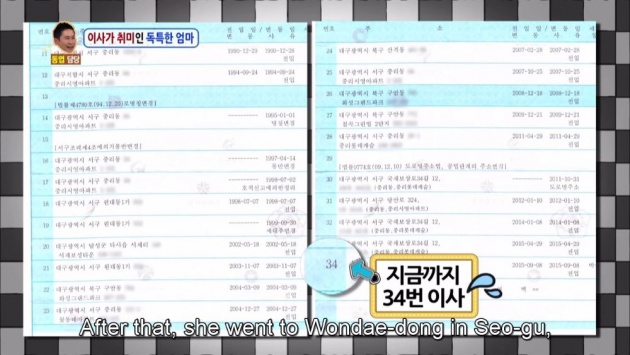 We meet with the mother. She says that moving is her hobby because she can do a lot of things she enjoys, such as hanging wallpapers, painting walls, buying couchs, changing curtains, etc. She claims that the home is her and her opinion is what matter the most. She did all those things for a hobby, and she did not understand why she has to seek consent for her hoby. She also said 'yes' that she is planning to move for the 15th time even though her daughter is a high school senior. 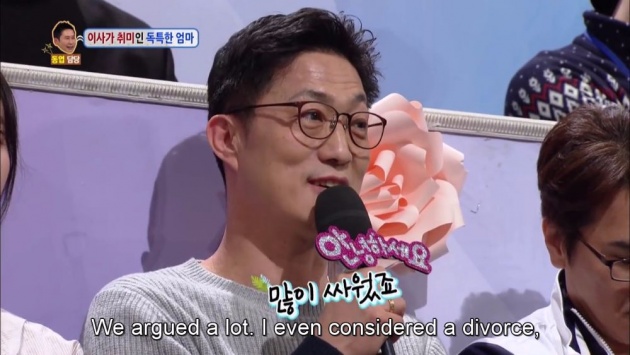 Well, we can see clearly that her mother is a stubborn type. She didn't really care with her daughter's concerns and instead she blames her daughter's personalities. Na-hyeon even brings her residence record to prove that this story is true. The surprising thing is that they had moved three times within same residence complex and even after they moved to new house, they moved back to their old house after some time. 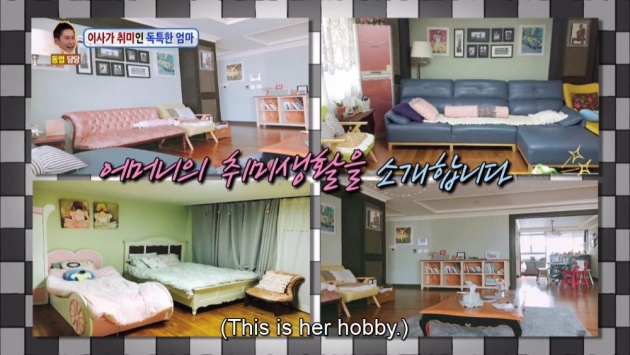 Her father and her sister also came to "Hello Counselor" to give testimonies. Although her sister understand about her concern but she didn't have any problem with her mother habits. However, things different for the father. The father said that he even consider to have divorce but he didn't do it for the sake of their child.

After some discussion, we found out that the mother was addicted to decorate her house and enjoying to hear compliment from other people about her works. That's why she is very strict when it comes to her house. She set rules in which all members of the family must obey, so that the house keep clean and stay as model house. 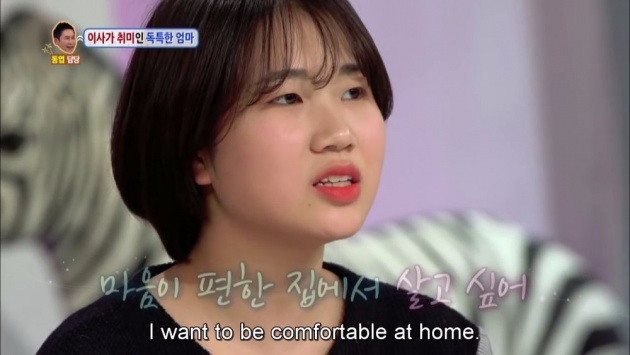 Actually, we can see that the mother has problems with her behavior or the way she thinks. She always uses the word "hobby" as the reason and no one can criticize her hobby. What Na-hyeon want from her mother is simple, she just wants her mother to think more about their family and she also wants to be comfortable in home without any strict rules. Although, her mother understand about her problem but her mother still can't promise to not move house again. At least she agreed to lighten the rules in house. 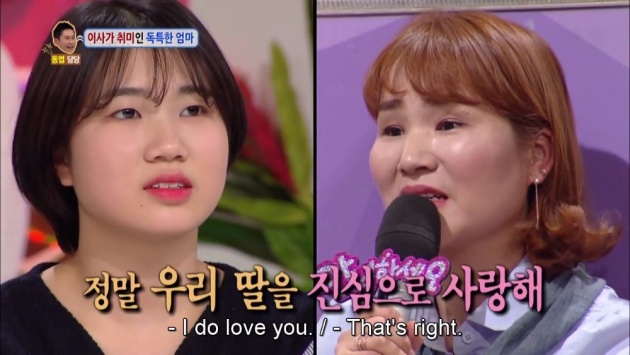 Overall, I would vote this matter as a serious concern. The mother should change the way she thinks, just like what Hye-ri said: think home as "Our Home" not "My Home", so that she could more considerate of others feeling too. Although it seems that she can not stop her hobby, I just hope that when she wants to move home again, she can discuss it first with other family members and not make her own decisions. With this, she earned 144 votes out of 200 audiences. 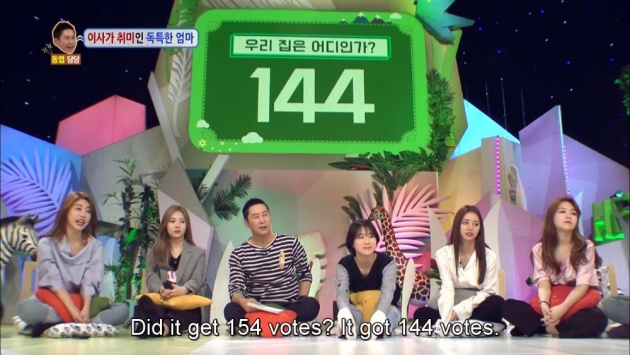 That's it my simple review about the first concern of "Hello Counselor" this episode, "Where's my house?". I will discuss the other two concern on my next blog which is about "Bang! Bang! Bang!" and "Don't Worry". I hope you enjoy this boring blog and see you next time~ :D