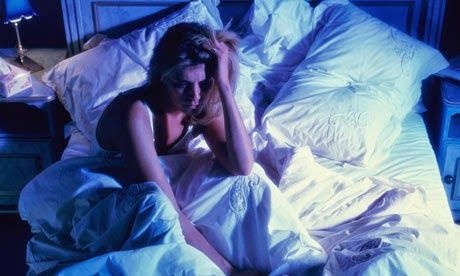 Everyone knows that bad night sleep can easily affect the whole day ahead. Even a relatively small (2-3 hours) loss of sleep leads to the fall in mood and mental performance. Regular or frequent sleep disturbances can even have much more far-reaching consequences. It is already well established that chronic lack of sleep is associated with higher risk of serious illnesses such as cardiovascular diseases, diabetes and even cancer.

Unfortunately, a very significant number of people have disturbed and fragmented sleep patterns. People who work irregular shifts, night shifts in particular, are especially vulnerable. In fact, most findings on the long-term negative consequences of sleep disturbance are based on shift workers such as nurses. Several new studies give an additional insight on how modification of sleep affects our performance and changes our normal physiology. A number of interesting investigations were recently performed on professional athletes.

Elite competitive athletes often travel across time zones for national and international competitions. This results in sleep disturbance and affects normal circadian rhythms of sleeping and waking. Although the effect of such disturbances on athletic performance might be small, these changes can mean the difference between losing and winning in competitive sport. Scientists checked if these negative effects could be compensated for by extending the duration of sleep or simply by providing an additional short daytime nap. In one study, scientists recruited several basketball players and extended the duration of their nocturnal sleep by approximately two hours over a period of 5-7 weeks. Instead of their habitual 6 to 9 hours, the athletes were sleeping for at least 10 hours every night.

Researchers compared the athletic performance, as well as indicators of reaction time, mood and sleepiness before and after this intervention. It turned out that after several weeks of regular extended sleep all sportsmen demonstrated faster sprinting time, better shooting accuracy, decreased reaction time, better mood scores and significant improvements in vigor and fatigue. Performance parameters are, essentially, the indicators of neuromotor functions. Their improvements reflect higher level of brain activation. Sleeping for 10 hours a day is a luxury most of us cannot afford. The results of another study which investigated the effects of short lunchtime naps after disturbed nocturnal sleep are therefore of greater interest for most people. In this experiment, the duration of night sleep of several young athletes was restricted by 4 hours. The next day, some of the athletes were allowed to have a short 30 minute nap in the afternoon, while the others stayed awake. Again, researchers used a battery of tests to measure the differences in performance between these two groups.

Participants who had a nap demonstrated increased alertness, lower heart rate, better reaction time, better short memory and better sprinting time compared to those who did not sleep in the afternoon. The findings clearly demonstrate that if you had a difficult night, having a short afternoon nap may help you to go through your daily work more efficiently. Compensation of the lack of nocturnal sleep by sleeping during the day cannot, however, fully eliminate the negative consequences of sleep deprivation. This is particularly true when the deprivation is chronic, as for shift workers. Even when a sufficient amount of total sleep time is achieved by sleeping more during the day, the disturbance to circadian rhythm creates havoc in the body. This so-called circadian misalignment leads to the increase in inflammatory markers, rise in insulin resistance (a risk factor for diabetes) and elevated levels of high sensitivity C-Reactive Protein (a marker of cardiovascular risk) in the body. Some of these indicators are almost twice as high as those in people without circadian misalignment. The effects are particularly strong in males. This shows that shifting the sleep time to the day is hardly a good solution to the problem.

Serious negative consequences of such practice can be felt over long time. Of particular interest is a recent study on the effect of chronic sleep deprivation on the brain. In experiments on mice, scientists imitated, over a long period of time, a wake-sleep pattern typical for a shift worker. Results were quite stunning: prolonged and regular sleep deprivation killed up to 25% of certain brain cells! Obviously, these results cannot be directly translated to humans. Nonetheless, the fact that chronic sleep loss damage brain cannot be denied anymore.

Research into human sleep revealed that at night our brain produces certain chemicals that help to protect the nervous cells from damage. Scientists hope that these compounds may be used to develop new drugs which would shield people from negative effects of sleep deprivation. In the meantime, sleeping well at night is the best we can do to protect both our body and brain.