Sindhi - Language of the province of Sindh

Sindhi is the language of the province of Sindh and is the second major regional language spoken in Pakistan - Sindhi is an ancient language. History reveals the stages of it revolution and development and tells us how it has reached its present status. Chach Nama, being an authentic document proves that the dialect of Sindhi language was the same in the 12th century as it is today.

The Sindhi writers made efforts to simplify the language by introducing beautiful phrases and idioms in this language. Most of the writers belonged to the literature falls between 1685 to 1783.

Shah Abdul Latif Bhitai was a great Sufi poet of Sindhi language. His poetry gives an excellent description of the natural beauty of Sindh and fascinates the reader. The poetry of Sachal Sarmast and Lal Shahbaz Qalandar is deeply influenced by the environmental atmosphere and is considered a valuable contribution to the Sindhi literature. 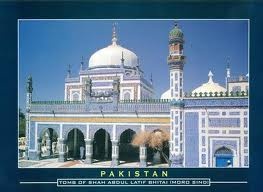 By the year 712 the Arabs had a complete hold on the province of Sindh. During this period the Sindhi language enjoyed the reputation of popular language and was widely spoken and understood in the whole of the province.

After independence effective steps were taken for the progress and promotion of Sindhi language. Sindhi Literary Board was set up in 1948 which printed many books and magazines in Sindhi. Besides several books have been published in Sindhi folk literature. Shah Abdul Latif Bhitai, Shah Qadir Bux and Faqir Nabi Bux are the eminent personalities of Sindhi Literature. A scholar of Mansoora Akhund Azizullah Translated the Holy Quran in Sindhi language. this proves that Sindhi language has some unique characteristics to be used for literary purpose.

Pashto - Language of the province of Khyber Pakhtunkhwa 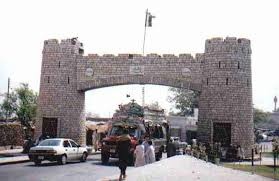 The history of Pashto literature is divided into three different periods. The first period begins with the earliest times and ends in the 16th Century with Babar's invasion of India. the second period of Pashto literature begins from the middle of the 18th century and ends with the advent of British rule. The third period covers from 1840 upto present day.

Bayazid Ansari is the most famous personality of the 1st period of Pashto literature who wrote in Sufism. His famous and prominent work is known as "Khair-ul-Bian", which was published in Pashto, Arabic and other Indian languages at one time. The first poet of this period is known as Amir Khan Pehlvan who used simple words in Pashto for his poetry. The other important poets of this period are Khawaja Khan, Sheikh Suleman, Sheikh Razi, Bait Baba, Sheikh Saleh and Raghoon Khan. 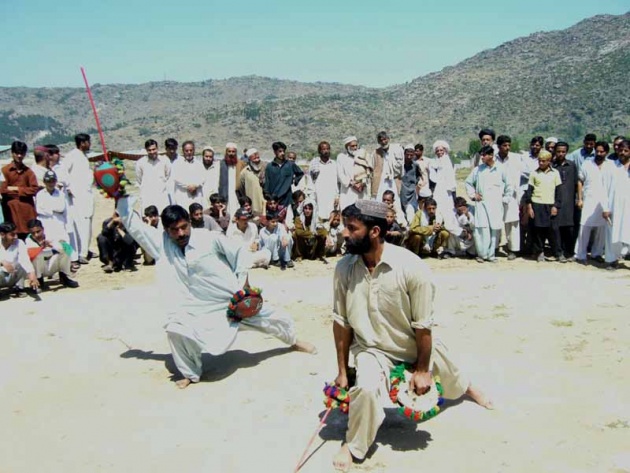 During the third period of Pashto literature the Pashto prose was at the pinnacle of glory. Hazrat Mian Umer was a great scholar of this period who was a contemporary of Ahmad Shah Abdali and a great spiritual leader, Saadat Ali Khan, Nawab Rehmat Ali Khan and Amir Muhammad Ansari are regarded as other famous literary personalities of this period.

Pashto literature received great boost after independence. The services rendered by the Pashto poets and writers in the freedom struggle, infact contributed a great deal towards the promotion of Pashto literature.

Balochi - Language of the province of Balochistan

Area-wise, Balochistan is the biggest province of Pakistan. The language spoken in this vast area is Balochi, this language at present is of two types "Sulemanki" and "Makranhi". 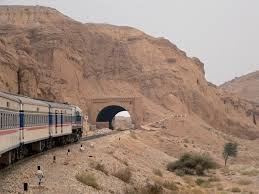 The first time the Balochi literature came to light was in 1830 when a British traveller W. Leech, after conducting his research in Balochistan, wrote in report in the "Journal of Asiatic Society" and revealed the presence of Balochi literature. 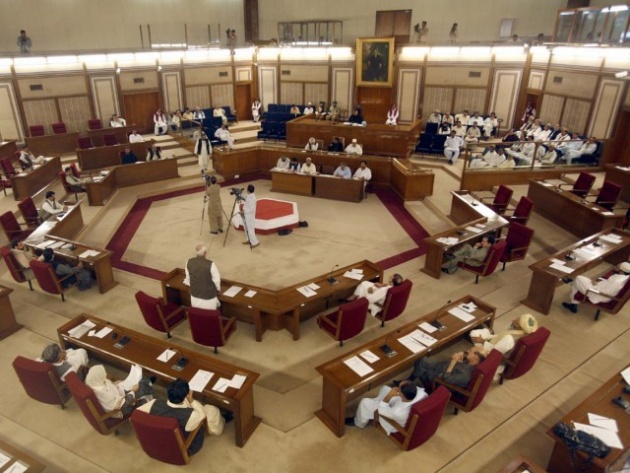 With the establishment of Quetta. Television Station the Baluchi language has received a great push. Atta Shah is a famous Balochi poet of Pakistan. Ishaq Shamim is another famous poet of Balochi language whose poem "Dulhan" is very popular. The renowned politician Gul Khan Naseer is also considered a good poet of Balochi language. Balochi prose has now developed a great deal after partition, Translation of Bible has also been published in Balochi laguage.