LANGUAGES OF THE WORLD...


The one & only most common way of communication with people is speaking a language. People communicate through language whether it is spoken or written. Today there are around 6,800 different languages spoken around the globe. Many more languages were spoken in the past but because of the lack of resources there is no record of them so people had actually forgotten them. 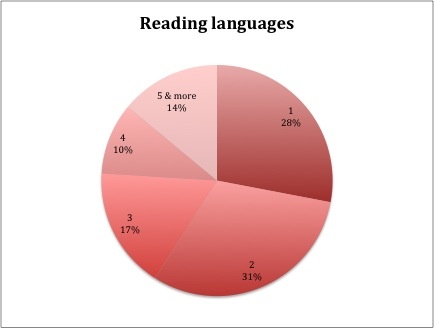 This is a list of some of the languages spoken worldwide.

*CHINESE... More than1 billion people are speaking this language.

*FRENCH... Spoken by around 350 million people around the world. It is the official language of the united nations... 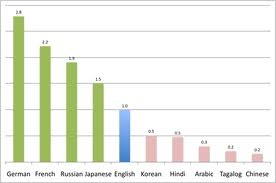 *HEBREW...This is the language of the jewish faith. It is spoken by around 15 million people. Many of the religious texts are written in hebrew.

*ARABIC...It is estimated that around 246 million people communicate using the language. There are many different styles & dialects of arabic. It is also known that arabic has close relations to the language Hebrew.
The holy book of Islam which is the qur'an is all written in Arabic. But its very different to the spoken arabic people use these days. The qur'anic language is very old ancient arabic which has to be studied very carefully inorder to be able to understand it. 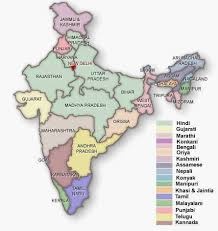 *HINDI...Spoken in india by an estimated 300 million people.

JAPANEESE...Used by around 130 million people.

*ENGLISH....This is one of the most widely spoken languages. Its global. Today there are about 400 million speakers of this language. It is also known to be the most common languages used on the internet....