Yesterday, I think I only visited less than 10 members here because  from 9 am - 12nn I visited my aunt and stayed there until my mom came back to take care of my aunt. She has no family I mean husband and kids that's why we're the one taking care of her now. She has a tumor on her right breast that's why they need to remove it. Its her 2nd day there and I'll be there again 'til 12.

Yesterday, when I got home pass 12, I immediately opened my computer to do the quest but unfortunately, it didn't appear any of the quest so I just took a shower first because I went to hospital and it's so hot so I need to take a shower. I thought the quest will appear at 1:00 pm but not again. I tried to ask others if they have a daily quest but got no answer that time so first thing came to my mind is maybe daily quest ended on Sunday already so I need to buy items again just to maintain my direct power ups. Later, I tried to reset the computer thinking that it's only the net or in my computer or whatsoever.

Then, when I tried to restore the mozilla, it's not loading the site properly. Even in chrome so I restarted the computer and unplugged the modem then tried again. Still the same tried to clear cache but it didn't help either =( So I opened my facebook. Luckily sis Grace was online that time (lagi nmn ata haha) So I asked her what's happening with bitlanders and she told me, nothing but there's still no daily quest but maybe later. That's what I'm hoping for yesterday but still the site don't load properly. Oh no! So I just slept early last night. At around 3 am, I tried to log in again still it will end up to blank page.

And 6 am thank God I was able to see my treasure box but I'm so disappointed. But still at rank #4 thanks again guys =) 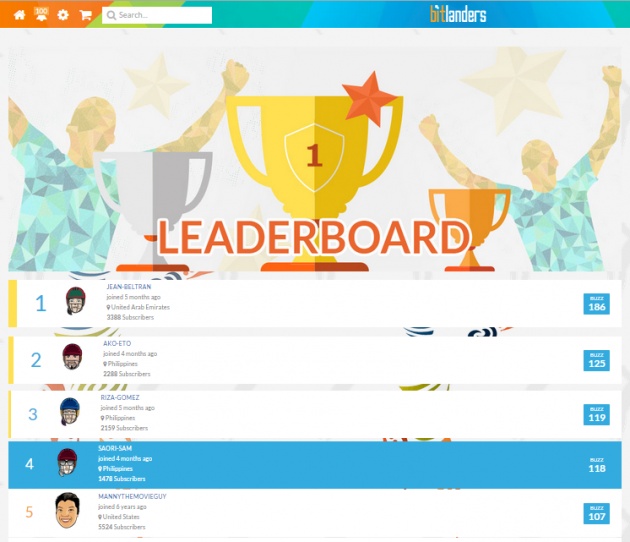