Bitlanders is a social media pays us to being social.It is basically reward users on their  activity which depends on buzz score we made while using bitlanders.More our buzz score goes upwards and more we earns from bitlanders.In Feburary 2015 almost 9 months before Bitlanders introduced Leaderboard on which top scorer per day in terms of buzz score  were shown on it.In start there are Top fifty users were seen on leaderboard and after some time leaderboard limited to only top thirty users of the site listed with their scores of  that day.

Bitlanders help us to see best buzz scorer of the day and their earning in order to encourage us.In start only buzz score were shown on that leaderboard but soon daily earnings are also display by the bitlanders team.We can also check our position in world ranking by clicking on leaderboard .If we want to win just follow the winners and from my point of View these top thirtees are winners. 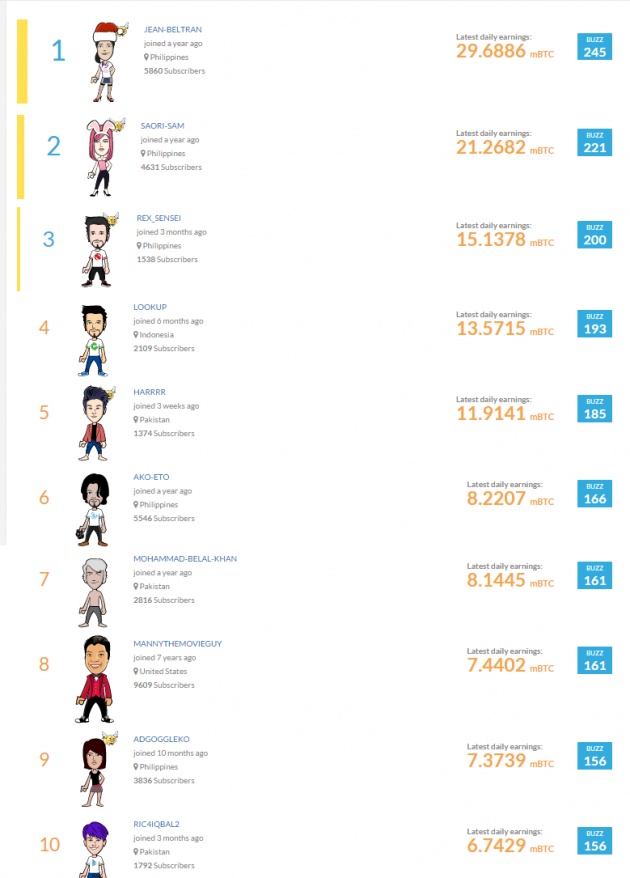 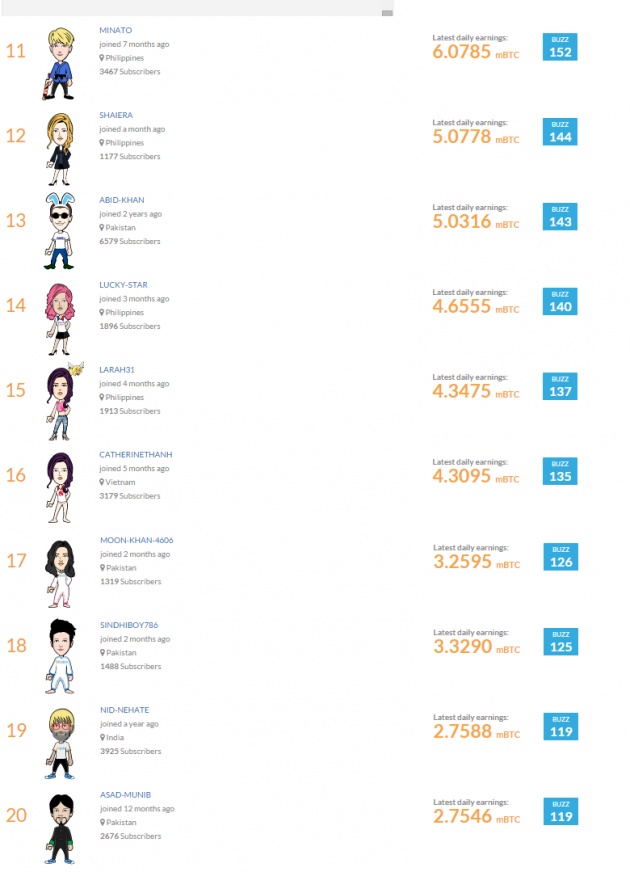 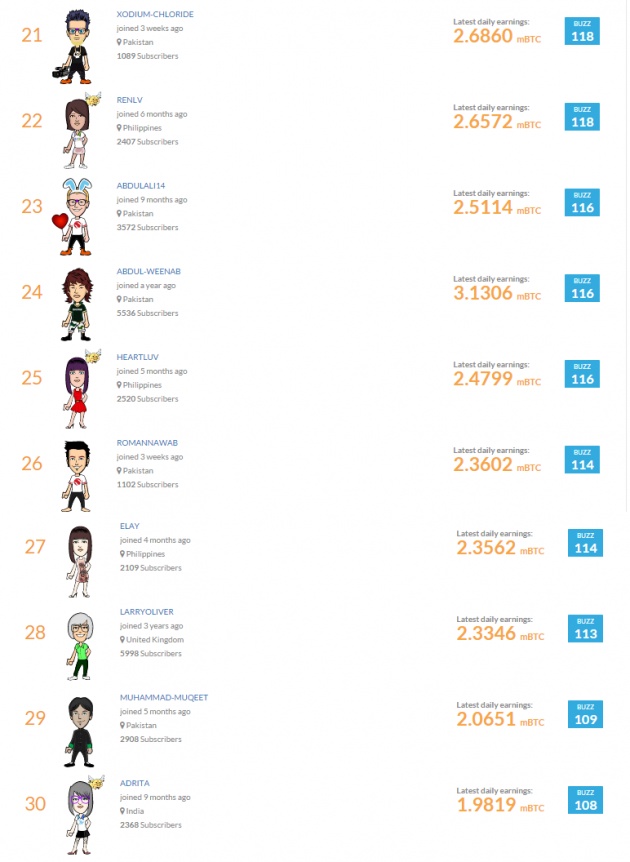 Losers live in the past. Winners learn from the past and enjoy working in the present toward the future.

There are number of bitcoins price indicator in now a days but I use Preev to check what I earned today you can also from that how much these top members earned per day .Copy their latest daily earning and paste here in Preev.com it can show theit per day earning in your required currrency so easily.

For example ,Jean Beltran latestest earning is 29.6886 mbtc , copy that amount and paste here in that converter and click bitcoins and select mbtc and press enter.It also supports many currencies. 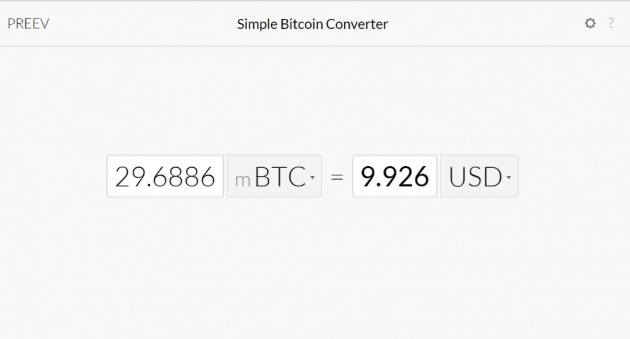 On charity leaderboard  we can easily watch and monitors the charity given by  the bitlanders users to charities that are already working with bitlanders .Ranking of charities listed on bitlanders

On charity leaderboard all the bitcharities are listing over there.Number of donations to each charity and total number of donators and everything related to bitcharities can easily be seen from bitcharities Leaderboard.There ranking depends on how much donations they received so far.Its first time in history that some one take step to send charities in crypto currencies and I salute Bitlanders for this kind of effort and One thing all these charities are verified 100 % by bitlanders management .

If you are a non-profit, open your donations to Bitcoin by joining bitCharities. 100% of the donations go back to you.By visiting following link and click bitcharities and click join and fill the simple form .These are thirty five charities so far join hands with bitlanders for the betterment of mankind. 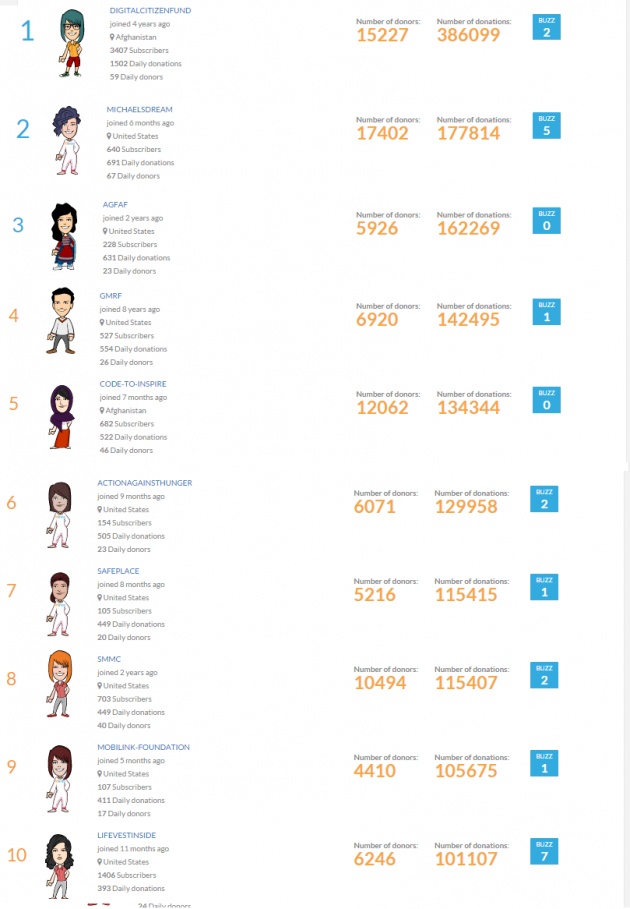 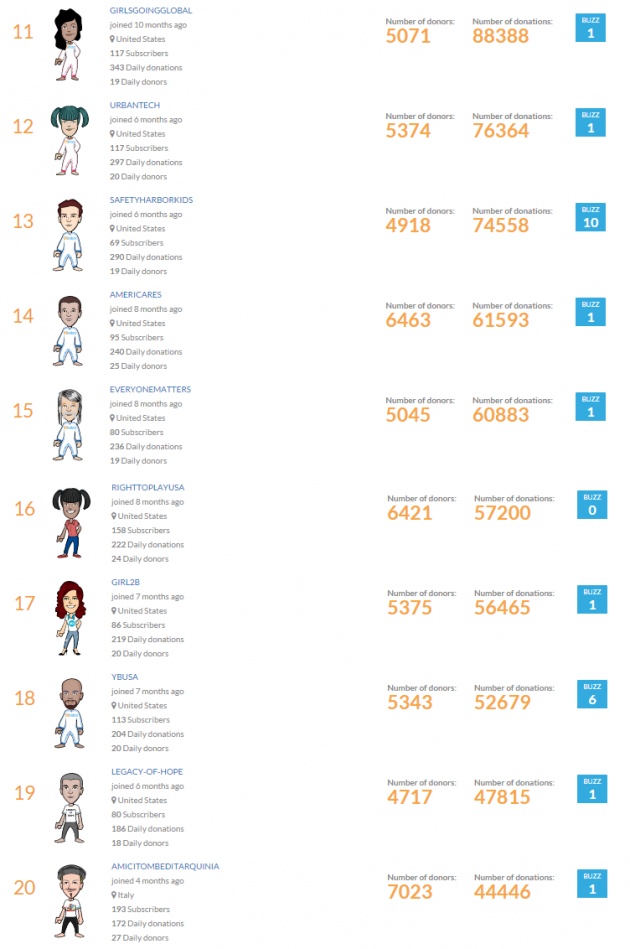 Charity is a supreme virtue, and the great channel through which the mercy of God is passed onto mankind.

Both leaderboard can be access by clicking on setting tab on fourth number on top left side of your bitlanders account. 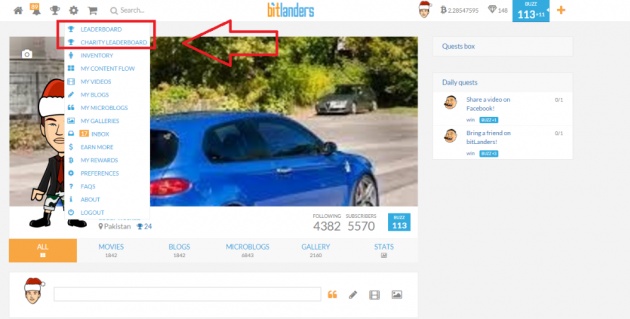