Legendary Philly Newsman Larry Kane "When They Were Boys"

Larry Kane has lived what many would consider an interesting life. If you are a native of Philadelphia, he's visited your living room nightly since 1965 courtesy of your television set as a news anchor, working at some point for each of the big three network affiliates. He has covered some of the biggest news events of the era and is recognized as a savvy political analyst. Also an author, Kane has written five books, his most recent a chronicle of his travels with The Beatles during their 1964 - 1965 tour.

As a young journalist in Miami, the assignment to tag along with the Fab Four was something Kane was resistant to. With real, hard news stories breaking all around the world, this was not where his heart was. Little did he know that he was about to witness history being made, just not the kind of history he expected to be part of.  The book, titled "When They Were Boys: The True Story of The Beatles' Rise to the Top" is a look into the band's early days from an insider's perspective.  When you listen to Larry share some of his anecdotes about what it was like to be swept up in the madness of what came to be known as "Beatlemania" you can hear genuine affection in his voice for the place and time and the four young men he grew to be very close with.

Now at age 71, Kane is still active in broadcast journalism and is also involved in supporting various charities. Recently here #InTheLab to speak with host and fellow Philadelphian, Arthur Kade, Larry shared some of the stories he witnessed first hand. We are sure there is a lot more that he's not telling us! Check out our interview then buy the book. It sounds like pretty interesting reading! 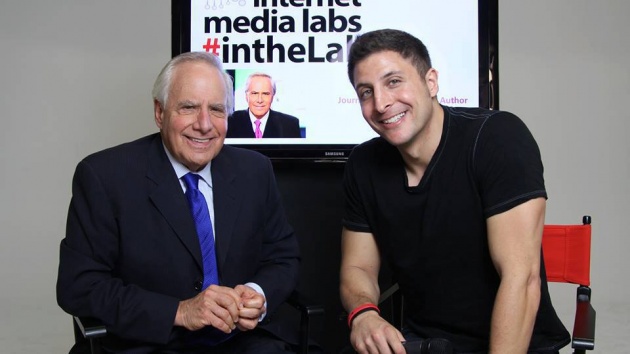 Famous Cities with their Nicknames! Part 1

Before I said I was an actress, but I decided to enter the blogging career. Truly I am from the U.K …