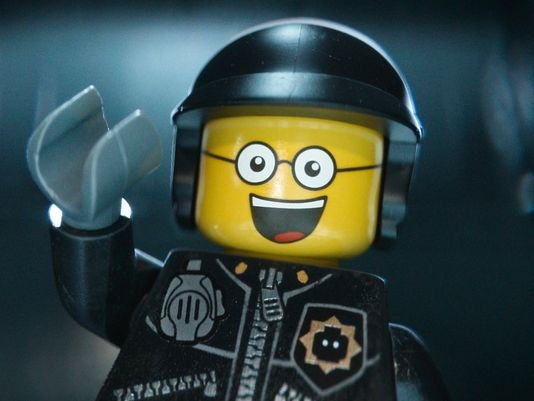 "The Lego Movie," with Bad Cop/Good Cop, voiced by Liam Neeson, is on a three-week roll.(Photo: Warner Bros. Pictures via AP)

The Lego Movie claimed the top spot at theaters for the third consecutive weekend, killing 3 Days to Kill and sending Pompeii up in flames once again.

Lego snapped up $31.5 million, according to studio estimates from box-office trackers Rentrak.

The animated comedy claimed a rare box office three-peat, though it's the second movie of the year to do so after Ride Along. The toy adaptation has done $183.2 million in three weeks.

The haul was plenty enough to leave Kill in the dust. The Kevin Costner thriller took second with $12.3 million.

The $28 million movie didn't do much for critics, about a fourth of whom recommended the spy story, says survey site Rotten Tomatoes. The movie earned a B from audiences, according to pollsters CinemaScore.

Ray Subers of Box Office Mojo says that Kill aimed for audiences fond of the Takenseries, but couldn't differentiate enough from the Liam Neeson action franchise.

"While Taken had a clear, unique hook, it's unclear what's special about 3 Days to Kill," he says. "Instead of focusing on story, the marketing material has relied on generic action movie tropes."

Still, it was better than Pompeii, the historical disaster film that went up in smoke. The special-effects spectacle took a distant third with $10 million.

The movie earned slightly better reviews than Kill, getting recommendations from 29% of critics and a B from moviegoers.

But with a budget of $80 million, Pompeii will be one of winter's pronounced flops.

RoboCop took fourth place with $9.4 million, while The Monuments Men rounded out the top five with $8.1 million. Final figures are expected Monday.

"Although February has often been unfairly called a month where box office goes to die, it's hard to blame those calls when you see a week like this, where the B-team — to be generous — comes out to play."