“Imagine if trees gave off wifi signals, we would be planting so many trees and we'd probably save the planet too. Too bad they only produce the oxygen we breathe.”

Perhaps one of the striking quotations I have read in my entire life. Trees have been very beneficial to human beings but they are not so loved by the supposed to be stewards of this planet. Because of the rapid changes and needs of human beings specially in this generation where digital technology has been already part of the top needs of the majority, the environment had been suffering of the demands brought by the digital age.

Today, I am glad to know (thanks to my husband for sharing this) about a special search engine which doesn't only help us with getting our answers from the questions we have in mind but also strives to recover the earth from the danger of forest baldness.

Ecosia is the search engine that plants trees with its ad revenue. Check out their video below:

Ecosia uses around 80% of its revenues in saving the planet by planting trees. It is such a noble act that it is just worth supporting. I am very glad that this specific search engine is available to be added on the present browsers such as Google Chrome, Internet Explorer or Safari and the rest.

What's so good as well is that they are posting their revenues online and has been very transparent with their earnings as well as with the amount they are spending for the cause. With that, you'll wonder how this kind of business sustains itself thinking about the amount percentage they are allocating for the cause.

Trees are vital for our planet's survival.

Without it, we won't be breathing well and if there will be no more trees, we won't survive. So in short, trees don't need humans, humans need trees and thus it is just timely that we as the needy ones support causes and certain products which does not only gives us the chances of living but also creates hope that our future generations will enjoy the environment which we are enjoying this day.

Imagine if your future grandchildren would only be seeing gigantic trees from a monitor or a mobile screen instead of climbing them. Children won't get to feel the cool breeze from the base of the tree because of the shade it provides, our future kids have no idea what a Narra tree is or perhaps those fruit trees. Of course we don't want this to happen, we'd love and hope that our grand grand children can see a world of green trees blooming with either flowers or even with fruits.

Do you know how much it cost to plant a tree? Check out the Querlo chatbot below:

We all know, it is very evident that planting trees is very essential but today, let me give a list of the very best reasons on the benefits of planting trees:

1. Trees is an aid to fighting against climate change.

Probably the most serious issue happening on earth is the effects of climate change. This environmental issue has caused stronger typhoons visiting countries, the dissolution of icebergs, rising of water levels and lot more.

As per research according to treepeople.org, in one year, an acre of mature trees absorbs the amount of CO2 produced when you drive your car 26,000 miles. Imagine the work trees do just so the carbon dioxide emitted by us humans and the things around us can be absorbed by these trees but don't worry as they don't really think of it as work because that's how they live - they inhale carbin dioxide and exhale oxygen which us what we as humans inhale. It is supposed to be a give and take relationship.

Now with trees inhaling CO2, specifically the excess ones in our Earth's surface, it is helping clear and remove these from the atmosphere and thus fighting in reversing climate change.

Lately, I noticed another bald hill near our house in Guindulman, Bohol. I asked my mother what was the reason for its baldness and she said some gold miners had done some excavation. They have their own gadget used for detecting gold and that they were able to get some gold out of it. But it is just a pity that a tree and the hill will have to be cut down, bald and dug in just because of human's greed. It's a pity though that this is what's happening.

And when storms or typhoons happen, floods and erosion happen. People are thinking why this had happened without reflecting to themselves the cause which they had themselves started.

It is quite a sad fact that soil erosion only occurred when the trees were being cut down. Obviously there's a major common denominator on those places which had been experiencing flooding and erosion - absence of trees.

The mother Earth is obviously stating the obvious, trees keep the Earth's soil intact. Without it, there will be movement of the soil most specially the loose one of course so start planting trees specially on those bald areas so that soil erosion is prevented.

Back in the early days, my childhood days specifically, my summer is usually spent at our neighborhood, at our backyard where there were different kinds of trees which we had climbed up and picked their fruits. We usually eat them while at the tree top or perhaps take it home.

It was one of those memories which I treasure as I noticed children now a days are not into the environment anymore. They are not very much concerned with the trees, the plants and the things surrounding them. What they think about is their own selves. Selfies here and there, roaming in the city malls and playing computer games. They have not explored the beauty of the earth and that saddens me.

Trees are part of our childhood. 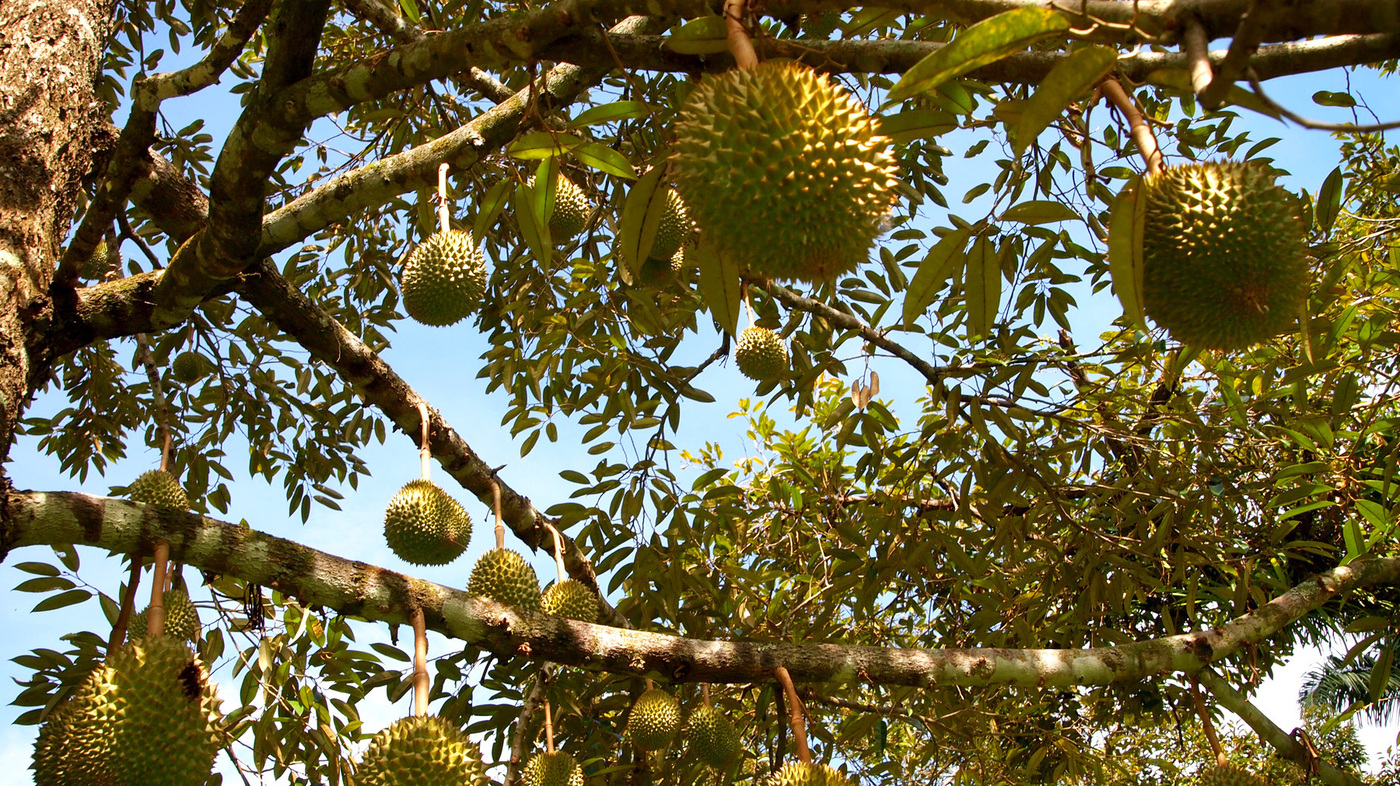 This is a Durian Tree. Image credits: www.npr.org

They give food to us as children and even up to this day. Fruits from trees are also giving us the indication of the season. There are fruit trees which bears only during summer and some during the rainy season, if we talk about those which are growing in the Philippines. However, there are also trees from other countries and other parts of the world which indicates different season. They even give beautiful view because of the colors of their leaves.

4. Trees give oxygen that we need to live.

While there might me a lot of good reasons as to why we should preserve and save the trees and grow them too is the fact that they give oxygen. What is oxygen? Well, it is simply the gas which is essential for every human to continue breathing.

So this is the best reason why we are ought to bring trees back. There's no better reasoning needed so that we can help and start our own ways in planting trees.

One of the simplest ways is to embrace Ecosia. Here's a preview of how the search engine looks like after adding Ecosia.

Add the Ecosia extension to your browser and automatically search with Ecosia everyday. It only takes about 10 seconds. Currently, there are over 5 million trees planted with the help of Ecosia.

Give it a try and you'll surely love it.

My Thoughts with Trees and Progress.

I think that I shall never see, A poem lovely as a tree A tree whose hungry mouth is prest, Against …