Lillian Gish was an original G.P (Girl Power) for women in acting

Who was Lillian Gish?

Lillian Gish was born on  October 14, 1893 and paved the way for a lot of women in acting business. She invented what is known as method acting in the beginning of the silent movies era. She would go to extreme measures perfecting her scenes by suffering under harsh conditions either by starvation, shooting in extreme colds or intense heat and so on. This made her acting on screen so real and believable that artists today are still using her scenes and films as inspiration. And to her acting was an obession. She loved it.

She lived a long life but her acting on screen declined as silent films became less popular, and eventually replaced with "talking pictures". A format that Lillian Gish was not really comfortable with. She continued to do stage acting in the theater mostly but occasionally did works on tv and cinema.

Her short stature, fragile frame and evocative looks made her successful in portraying suffering but strong-willed heroines. While it's common to see women in cinema having strong roles nowadays, Lillian Gish played a lot of roles that were considered to be out of the norm for women back then. She would portray women that killed men in self-defense, women who gave strong opinions and were vocal or women that didn't rely on men to be successful. She was also successful and wasn't afraid in negotiating her salaries which made her the highest-paid actress in the peak of her career.

One of my favorite silent films with Lillian Gish is called Broken Blossoms that was released 1919. She portrays the role of a fragile young girl who lives with her abusive dad that treats her poorly, both mentally and physically. She finds comfort and friendship in a Chinese storekeeper that treats her nice and that slowly falls in love with her. The movie is very tragic with a bit of comic relief but it mirrored social and racial issues that people dealt with in real life which was also uncommon to see in the cinema.

So I got inspired and made a video on youtube where I added my favorite band and song to a scene in Broken Blossoms. It's one of the emotional scenes in the film where Lillian Gish showcase her ability to act like a goddess.

I hope you enjoy it.

Thank you for watching 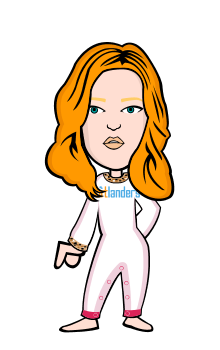