Researchers from the ARC Centre of Excellence for Coral Reef Studies (CoECRS) at James Cook University are engaging social science to help solve some of the world's biggest environmental problems.

Dr Christina Hicks, an interdisciplinary social science fellow at the ARC CoECRS, holds a joint position with the Center for Ocean Solutions at Stanford University in the USA.

Dr Hicks says more powerful economic interests, such as tourism, currently drive coral reef management. Little thought is given to community needs such as food or wellbeing. This results in conflict.

Dr Nick Graham, a senior research fellow at the ARC CoECRS, adds that humans play an essential role in ecology, but different people have different priorities. He says these priorities need to be considered when managing natural environments.

For example, in a recent co-authored paper for the journalGlobal Environmental Change, Dr Hicks and Dr Graham, along with Dr Joshua Cinner, measured and compared how managers, scientists and fishers prioritized specific benefits from coral reef ecosystems. This in effect highlighted key areas of agreement and conflict between the three different stakeholder groups.

Dr Graham says the lack of 'ownership' of reef resources for fishers, who depend on fish for their food and livelihoods, underlies a main area of conflict. But the paper also indicated that managers might be well placed to play a brokering role in disagreements.

"Communities that are engaged and recognized are more likely to trust and support their management agencies," adds Dr Hicks. She explains that governments who consult local communities in order to develop co-management plans generally reduce conflict and see increased livelihood as well as ecological benefits (such as a rise in fish stocks) in their area.

Examples of successful co-management arrangements exist in coral-reef nations such as Papua New Guinea and Kenya. 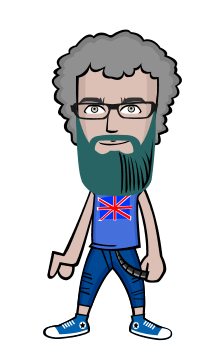