The nucleus is a many nucleon system consisting of protons and neutrons.It can be assumed to be something like a drop of water or a rain drop.A heavy nucleus is therefore considered to be very soft and flabby and easy to deform.However,a strong nuclear force works between nucleons and it plays a role of surface tension,the ground state of nucleus is rather stable and doesnot directly fission. 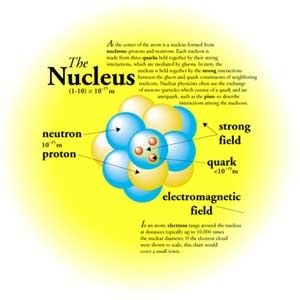 If some amount of energy is given to nucleus,it will be convert into excited state,then it can be easily deforms and fissions.You would be able to understand the deformation and fissioning mechanism by the figure in the picture.

If such a heavy nucleus like uranium-235 absorbs a neutron,then it becomes excited.The soft nucleus is easy to deform.Sometimes it become dumbell shape and splits into two droplets.At that time the energy excess is released. 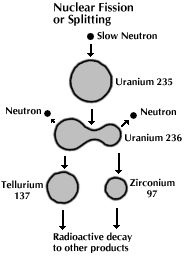 Tremendous amount of energy released in the process of nuclear fission.Typical fission events release about 200 million electron volt of energy(200Mev) for each fission event.By contrast,most chemical oxidation reactions(such as burning of coal or TNT) release at most a few electron volt energy per event. 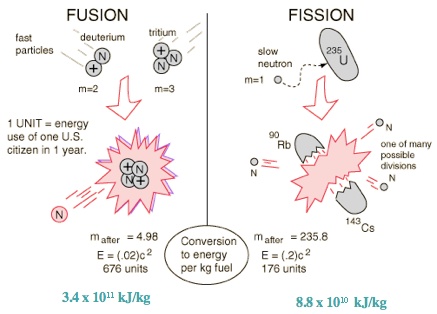 So nuclear fuel contains atleast ten million times more usable energy per unit mas than the chemical fuel does.The energy of nuclear fission is released as Kinetic energy of fission products and fragments and as Electromagnetic radiations in the forms of gamma-rays.In the nuclear reactor the same principle of fission reaction is used and energy is been controlled in the reactor by some means.