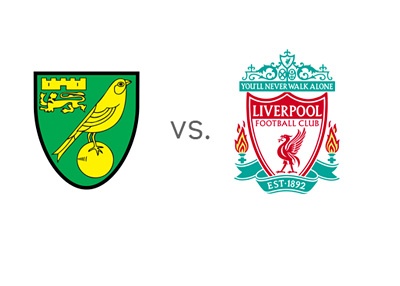 Premier League is moving into its final three match days for almost all of the teams involved, though some teams have four games but it’s the end of the season as the fight for title, top four finish and premier league safety tightens up. These three aspects of the premier league are the most charming things about premier league. The title race now fought by three clubs Liverpool, Manchester City and Chelsea, the top four being competed between Arsenal and Everton and the relegation fight is between five teams as well. This weekend a number of very important matches were to be played and the results have been out of expectations, Chelsea lost the game wondrously but it is out of this topic. 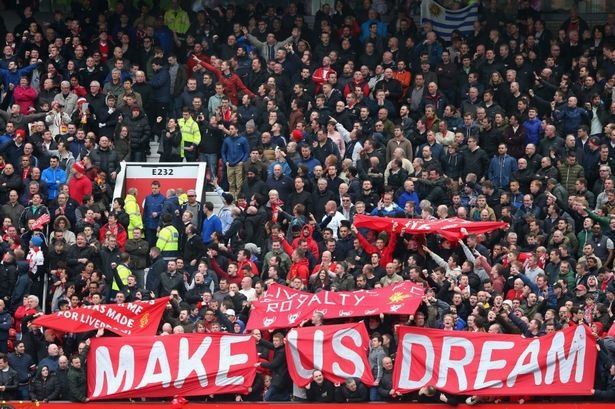 Liverpool faced Norwich this Sunday after when Chelsea dropped three very important points against Sunderland. It was all on Liverpool to make the hopes of the first title in 24 years more stronger, Liverpool are on back of a great run in which they won consecutive games that reached more than 13 games. Liverpool’s target this season had been a place in Champions league at best but they have achieved more then what was expected out of them (over achieved) and this has been more down to the management of Brendan Rodgers. The whole Liverpool team was in great confidence and was expected to not give up the points easily, the opposition team Norwich city faces a very difficult run starting with Liverpool. 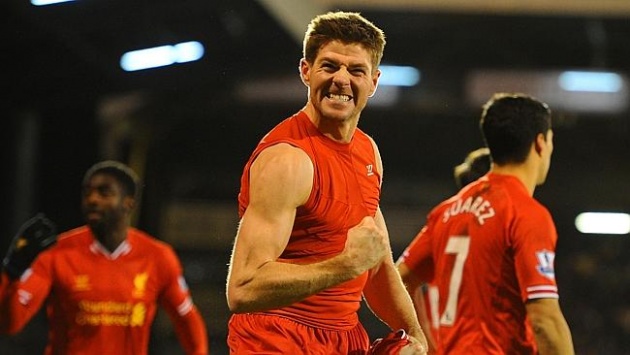 Norwich City football club that was placed on 17 position was expected to not give up the ground so easily to Liverpool and was expected to have extra motivation that is expected from any team fighting for its status of Premier League club. Though any recovery seems very difficult when we analyze the matches they have left to play they now seemed destined to relegation and without something like miracle they don’t look like saving their status. The match started with Liverpool tagged as the favorites going into the match with Luis Suarez main hope for the Enfield side. Brendan Rodgers chose his best possible side with Luis Suarez in the striker spot while Coutinho and Raheem Sterling on the wings, Steven Gerrard and Lucas Leiva partnered in the midfield making it a very strong team over all. Liverpool’s team was made of great quality as they landed on the pitch to take all the three points. Redmond, Fer, Hooper was included by the Norwich City manager with Snodgrass expected of making an impact on the match. The match started with Liverpool slowly going into the match with their slow passing, Norwich who should have been planning big for the night got a serious morale destroying thing right in the start when Raheem Sterling put in a long distance effort on goal and making the score 1-0. 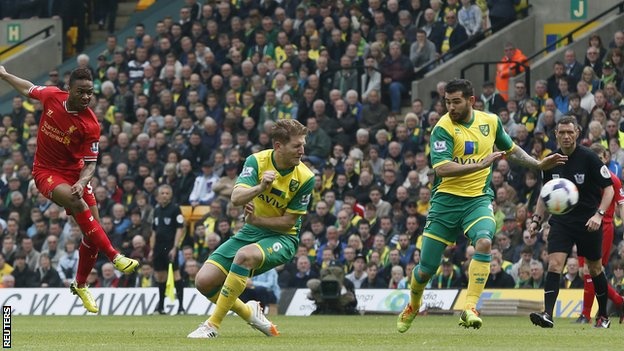 The first shot in the game and it was converted into goal, this is the same story with Liverpool as everything what they do seems always to end in the goal. It looks like everything is sharing Liverpool’s dream of becoming champions of Premier League for the first time in their history. The fourth minute goal destroyed every planning of Norwich City as they slowly given possession and control of the game to Liverpool. The first knock was heavy enough before they could get back into the game and recover Liverpool got another goal through Luis Suarez. 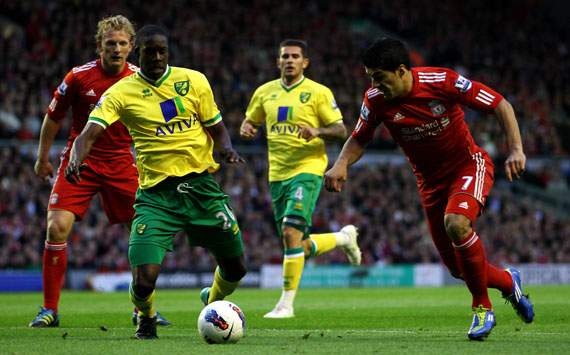 Uruguayan running into the Norwich City penalty area as Raheem Sterling made another assist and ensuring his hand in another goal. This raised a lot of doubts in myself that if Norwich City has the ability and morale left to come back into the game. After the first half Garry Hooper scored a goal as Norwich got back into the game making the score 2-1. However, any hopes of a come back were destroyed by superb effort goal from Raheem Sterling, the young attacker scoring another and taking the fame with him. Robert Snodgrass scored another goal making the score line 3-2 and then Norwich City had much tries over Liverpool goal but the luck remains with Liverpool as they remain on course to becoming Champions of England. 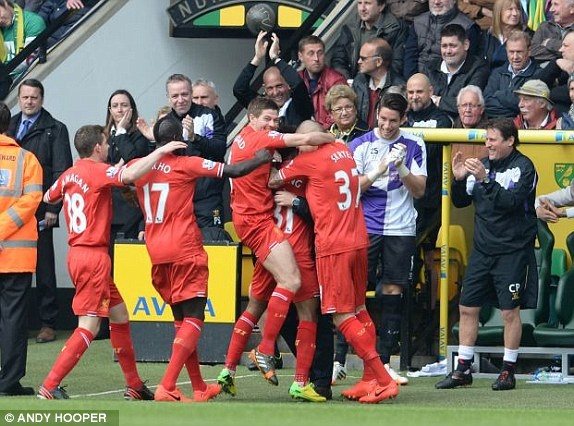