Living On the Fence

A fact that most of my close friends know but I try not to advertise because hardly anyone ever believes me, is that I am in fact, Native American. I was raised by the white side of my family, which is my mother's side, until I was about 13 and my paternal grandmother took me in. My father's side of the family is largely Native and is where I get my Native blood from. If you look at the picture you can see how white I am. I have some Native characteristics, but you have to put me in the middle of my Aunties and Uncles to really see it. 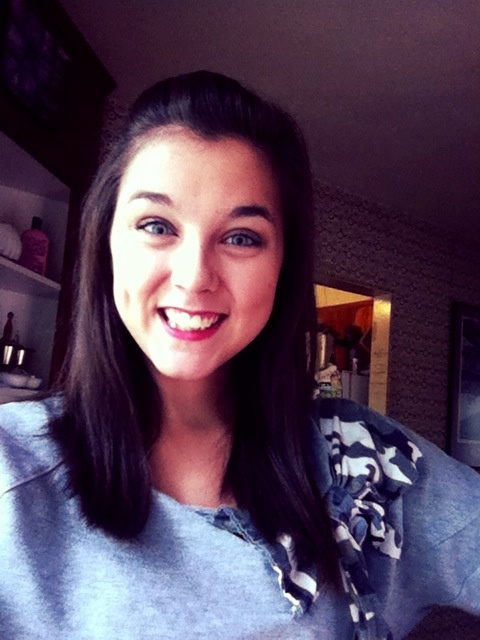 Anyways, ever since that day I have walked this fence between white and Native, and have been able to see how the Native community reacts to things the White community does. There is a lot of racism that goes on between the two sides, and even if it isn't immediately obvious, after living in an area populated by Natives my entire life (which apparently is rare), I have seen it.

There are many stereotypes that go against Natives, such as the fact that they are all drunks, or they are uneducated, lawless, lazy, moochers. Some immediately align them as one with the Earth, which is a sign of the media, and others kind of forget Natives exist.

Now, the Native community handles a lot of these things very well, and yes, there are a lot of alcoholics on the reservation, but as a general rule, most events sponsored or put on by the Tribe are "clean and sober", meaning no drugs, no alcohol, and no one who is inebriated in any way. The history of why Native Americans began being seen as alcoholics is very interesting, and is due entirely to the European and Eastern American missionaries who came out west to convert and tame the "savage injun". The doctors who came out to these places and visited the Natives in their homelands (and eventually on the reservation) would often give them a lot of medicine which was basically just alcohol. The Natives became dependent on the "medicine" and a stereotype was born. Now, hundreds of years later, the Native community as a whole is working to get their alcoholic relatives help and to show everyone that they are so much more than "drunk Indians".

And then there are things like education in the Native community that I see on both sides of the fence. From the white person perspective (and from going to school with Natives) a lot of them are in LAP classes, which is basically remedial math and English. Most of the Native students who are in these classes are the ones who went to The Colville Tribes School, Pascal Sherman Indian School, which lives next to an old mission (I'll talk about St. Mary's in a later post). At PSIS the students learn about their culture, they learn Salish, they learn how to do traditional Native things like storytelling, and also traditional school subjects such as math and English. But so much emphasis is put on preserving the Colville culture, that the students aren't learning things that will help them in succeed in modern America, which is a shame. So then these students, after reaching the eighth grade, transfer to Omak High School, and are behind in all their subjects, perpetuating the stereotype that Native Americans are uneducated. However, those Native students who have been in the public school system for all their schooling are more often than not, average, if not excellent students.

But from the Native perspective, it is important to preserve our culture and history, and how are we going to teach these kids to appreciate who they are and where they come from if we don't start young? And while many students who transfer from PSIS are remedial, if you are told you will never be more than a remedial, uneducated, Native, how are you going to want to succeed in the world. If someone is told something enough times, they start to believe it. The problem with the PSIS students is not the lack of education, it is the lack of belief that they can achieve something.

There are also several stereotypes that might not exist if the media and Hollywood could somehow portray ANYTHING accurately. And while they may have been true at one time, they certainly were not when movies began being made. As such, Natives are never seen as more than savages, in tune with the Earth, silent sidekicks used to talk to animals (think Tonto), or silly uneducated things waiting to be "civilized".

The Native community is split when it comes to this. I have heard some say that they absolutely hate how Natives are portrayed in films. Some say it depends on which film you're talking about. Most agree Peter Pan is bad, but the newest Lone Ranger is eh.....okay - kind of. While Johnny Depp is yet another white actor playing a Native and doing a pretty awful job at it, at least they hired real Navajo actors to take part in the film. The worst about Natives being portrayed in film is that usually real Natives aren't playing Native characters. White people are wigged and tanned and put in those roles. In fact, that headband around the forehead everyone attributes to Natives and is super popular right now, is not a thing that Natives really ever did. When that began showing up in films it was a tool to keep wigs on the white actors.

What everyone in the Native community agrees is disrespectful and bad though, is the appropriation and sexualization of the Native culture. For years, in fact since Europeans and White Men (literally men) came to America to wipe out (another post that I need to make) or civilize those dreaded savages, Natives have been told that there headdresses, their beads, their language, their clothes, their hair is wrong. It is bad, it is sinful. Natives were sent to Catholic schools to be converted and civilized, many died, and in the end, were effectively white washed. All our cultural items were ripped away from us. And now there are those who have no Native ancestry at all and take our things and wear them as fashion accessories. A headdress isn't a thing for girls to wear to look cute. War paint isn't cute or fashionable. None of the things being attributed to Natives is cute or fashionable. You can't just kill of 90% of a civilization, tell them their culture is bad, and rip it away from them, then later go and parade about in those same cultural items and make a mockery of who they are as a people, then pretend it is okay. My culture is not a costume, my culture is not a fashion trend and it is damaging to have it be seen as such.

And the sexualization of Native women is so dangerous. SO DANGEROUS. Many people don't understand why I get so angry about sexy Native costumes, but if you think of how Native women are almost always seen as the seductress in films, the overweight laughing ugly women whose comedic plights are for entertainment purposes only, or the all knowing old lady, you'll start to realize that the "Sexy Squaw" (a term I read on nativeappropriations that I love) is not only a negative stereotype perpetuated by white girls every Halloween but also a contributing factor in the sexual abuse toward Native women statistics. A female who is born Native has a 1 in 3 chance of being raped in her lifetime. ONE IN THREE. Most women go to college and worry about the 1 in 4 chance of being raped, now imagine having a higher chance and having to worry about it for your entire life. I am not meaning to downplay any type of sexual abuse or violence, there is no rape case worse than another, but think about it. And the worst product of that "Sexy Squaw" thing is that 70% of those attacks are from non-Native people. Non-Natives have become so used to seeing these women as purely sexual beings that they are ATTACKING them.

I cannot tell you what it is like to see that from the white side of the fence, because it is awful. I can tell you that some days, as awful as it sounds I am glad that I am so pale so that I do not have to face the oppression my people have to face. But what does that say about the world we are living in? When people are glad to have a way to get away from their oppression? I have a unique ability to see things from two perspectives, that not everyone else gets. But you can try to see things from someone else's point of view. Try it, you may be surprised at the results. 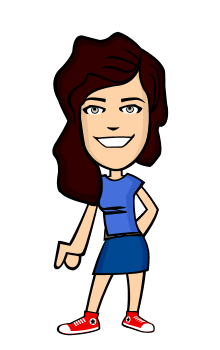