Living with anxiety isn’t easy and you shouldn’t go through it alone. Everyone assumes nothing is wrong with you because you look okay on the outside right? Wrong.
That makes it even worse, everyone assumes you are okay so you think you have to act okay. That makes it harder, whilst you’re out in public you put that well known fake smile on your face and always tell people everything is fine when they ask. Even though you feel paranoid, scared and lonely.

You’re surrounded by friends, family and colleagues yet you feel completely alone? Like nobody is there for you and nobody can help, so you choose to keep it to yourself because it all seems simpler that way? Why would you talk to the people closest to you? As if they could actually help? You’re probably right, they probably won’t stop your anxiety but they can support you to overcome it and that support can make the difference between living your life or having no life.

The constant feeling of being on edge, paranoid that everybody out in the community is watching your every move and judging you. You just want to hide away from everybody else and spend time alone as that is when you feel safest and calm. You don’t dare go out to do a simple task that could involve just going to a local shop because you have that feeling that something really bad will happen if you do it. You’re scared and don’t dare risk it, so you decide to avoid it.

I bet you’ve made numerous excuses to avoid situations to prevent your anxiety, you can’t go to that works Christmas party because you’re sick right? You can’t go to the pub with friends because you have plans early the next day? You can’t start that new job, I bet you have something more important to do instead?
All of this is just avoiding the present situation that is causing your anxiety, it is not a life long cure for it. It will just come back that next time you need to go shopping and all the customers are watching your every move!

There comes a day you need to stop making excuses. These excuses are feeding your anxiety and making it stronger. The next time you are anxious about something it will be worse than before and harder to overcome. Ignoring anxiety is the only thing that will get rid of anxiety. You have to get rid of what is killing you inside even if it feels like doing it will kill you.

Something doesn’t go to plan, something as simple as an appointment being cancelled, it feels like everything is going wrong. Your heart is beating fast, you are feeling sick, can’t stop going to the toilet, constant shaking and you think you’re going to die it just won’t stop. Everything is out of control and your in a state of panic. Attempting to plan, try and gain control but the feeling just won’t go away. All you want to do is cancel all your plans and hibernate in your home which is like a safe haven for you until all the feelings go. Even though that never works but it numbs the pain for a while.
You’re telling yourself in your head that if you quit your job and refuse to do any socialising that it will make everything okay because you’re in control then, right?

This doesn’t cure your anxiety it just avoids it. It may feel like it has gone but it hasn’t you’re just feeding it. The next time you feel anxious it will be stronger than before. Don’t avoid it, face it head on. Stand up against it and endure the pain. Fight it. Show yourself it is okay to work and go out with friends. Nothing ridiculous will happen.

I know it’s hard because you’re fighting with your own emotions and feelings just to be able to leave the house on a daily basis and nobody understands how hard it is for you because it is so simple for them to leave the house.

Proof you are not alone.
A YouGov survey of 2,300 adults in Britain carried out for Mental Health Awareness Week 2014 revealed that almost 1 in 5 people feel anxious all or the majority of the time. Only 1 in 20 people NEVER feel anxious.

I am not saying it will be easy or a quick fix but I am saying I will be there to support you every step of the way and you can conquer it. 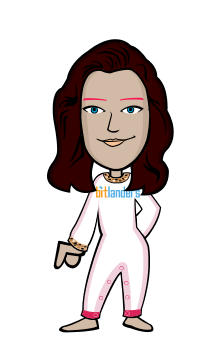 Anxiety is something I wouldn't wish on my worst enemy. Their is nothing like spending all day worry…