Look Who's Going "Into the Woods" with Meryl Streep and Johnny Depp! 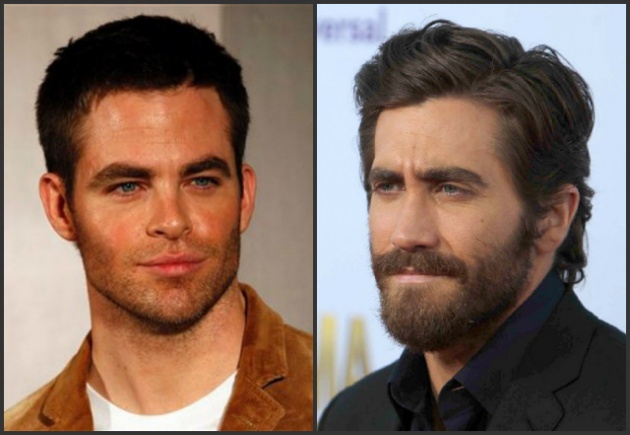 No other than Chris Pine and Jake Gyllenhaal! The actors are in early talks to join Meryl Streep and Johnny Depp in Rob Marshall's adaptation of the musical "Into the Woods" according to HuffPost. The two will be playing a pair of self-involved princes in the film. I'm guessing one will be playing Rapunzel's prince and the other, Cinderella's prince. There will be singing involved! Not quite sure about Gyllenhaal but we've seen Pine belt it out in the 2010 drama "Small Town Saturday Night" where the actor played a country singer. He even sang in the film's theme song "Someday Came Today."

But before "Into the Woods," Pine will be seen as Captain Kirk in the new flick "Star Trek Into Darkness."

For a little history of "Into the Woods" and what it's about, here's an excerpt from Wikipedia:

Into the Woods is a musical with music and lyrics by Stephen Sondheim and book by James Lapine. It debuted in San Diego at the Old Globe Theatre in 1986, and premiered on Broadway in 1987. Bernadette Peters' performance as the Witch and Joanna Gleason's portrayal of the Baker's Wife brought acclaim to the production during its original Broadway run. Into the Woods won several Tony Awards, including Best Score, Best Book, and Best Actress in a Musical (Joanna Gleason), in a year dominated by The Phantom of the Opera.

The musical has been produced many times, with a 1988 US national tour, a 1990 West End production, a 1991 television production, a 1997 tenth anniversary concert, a 2002 Broadway revival, a 2010 London revival[1] and in 2012 as part of New York City's outdoor Shakespeare in the Park series. The musical intertwines the plots of several Brothers Grimm fairy tales and follows them to explore the consequences of the characters' wishes and quests. The main characters are taken from "Little Red Riding Hood", "Jack and the Beanstalk", "Rapunzel", and "Cinderella", as well as several others. The musical is tied together by an original story involving a baker and his wife and their quest to begin a family, and their interaction with a Witch and her curse on them.

Say what you will about Johnny Depp's singing prowess in Tim Burton's "Sweeney Todd: The Demon Barber of Fleet Street," but the actor may be back on the big screen with another musical role! This time it's the sexy and very hungry Wolf in the movie version of "Into the Woods."

THR is reporting that the actor is in talks to star in Disney's film adaptation of the hit Broadway musical for his "Pirates of the Caribbean: On Stranger Tides" director, Rob Marshall, who also helmed the Oscar-winning "Chicago" and "Nine" and the 1999 TV movie, "Annie."

Depp will be joining the fantastic Meryl Streep who is set to play the vain but very charismatic Witch. "Into the Woods" is a dark "Shrek" if you may, a hodge podge of classic fairy tales that feature a childless couple, Baker and his wife, who must go into the woods to lift a family curse. Along the way, they encounter Rapunzel, Cinderella, and Little Red Riding Hood.

The screenplay is written by James Lapine based on his book for the 1986 musical. Stephen Sondheim composed the Tony-winning original score with David Krane working on the music arrangement for the movie.