What is love? Love is chemistry, love is passion, love is acceptance, love is all of the above. Love and romance tends to be the topic involved in many forms of media from books, movies and music. Whether it be the focus or a backdrop of a bigger plot, love is able to tell a story build character and give us those mushy feelings. It comes to no surprise then that videogames tackle the subject of love too. Videogames have gone far beyond the simple “save the princess” style of romance and have created a deeper experience when it comes to romance.

Tale as old as Time

When it comes to romance in videogames it’s no surprise that the romances dictated by story elements tend to be the best. When two characters are developed enough we as an audience can believe it. It’s to be expected that this kind of romance works because it’s nothing new, it’s the same as the scripted love of cinema, the written romance of novels, the will they won’t they of sitcoms.

With games like Uncharted that emulate a cinematic experience, we can expect a believable enough romance, or at least a romance as good those in movies. With the Uncharted series we have charming characters Drake and Elena who share a history with each other throughout the three games, and presumably the fourth when that comes out. Where Uncharted clearly takes inspiration from the Indiana Jones series we can see a differing approach to the romance. In Indiana Jones there is a new romantic interest with each movie, however with Uncharted it builds on the one romance. With the first game we see the possibility of romance, with the second we see budding love, and with the third one we see the complications of love, what’s important is that it works. However like I mentioned it’s confined by the same rule set for developing romance in movies, which makes it not quite as interesting when discussing romance in games.

What games can do however is make a romance bloom at a believable pace. Movies are confined by a run time, so when romance isn’t the focus it sometimes feels rushed. Books have more leeway but it’s still best to stay on track with the story. What games can do is last as long as they need to. Most notable is the Role Playing Game genre which are known for being long. In particular the Final Fantasy series is known for having good romantic relationships, you can take your pick from Cloud and Aerith (FF7), Squall and Rinoa (FF8), Zidane and Garnet (FF9), Tidus and Yuna (FF10), and they all work because they are given plenty of time to develop. The average completion time for most Final Fantasy games is 40 hours which means characters in the story can get to know each other before fully declaring love. In the Instance of Final Fantasy 10, you can see love develop between Tidus and Yuna as they share many little moments throughout their journey, that inevitably leads to a larger romantic connection. 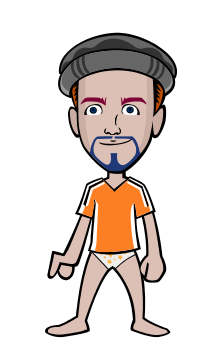 intelleral For people who desire to join cd dog contests, they generally happen during summer in gra…

Create Muscle Fast, Learn To Assemble And Keep That Muscle

Kashmir is a geographical region in far north of the Indian subcontinent. Until the mid 19th century…

The Port of Karachi is one of south Asia's largest and busiest deep-water sea ports, handling about …