Loyalist, double-dealer and 5 other fans you will see this PSL

Loyalist, double-dealer and 5 other fans you will see this PSL
When we speak of cricket leagues, there are three factors that make it a success — large investments, fancy names and a fanbase.

Ever since the Pakistan Super League (PSL) came to light, a lot has been discussed about the first two factors.

That’s right, the force has really awakened. Fans across the country have picked their sides and they are all set with their jerseys, anthems and exhilaration. Like it or not, your Twitter feeds and Facebook timelines are soon going to be brimming with PSL fans.

Here are the seven types of PSL fans you are likely to come across.

Hometown loyalists pledge allegiance to their city and won’t dare to side with another piece of land. They believe that on the best day, their side could beat India out of the park. Not to mention that their interest in the league will drop by 80 per cent if their team is knocked out early on in the league.

This fan will stick by their team unconditionally owing to their fondness for their hometown. The hometown loyalists make up a major chunk of the league’s fanbase, and all teams count on them for support. (Go Qalandars!)

This fan will not side with a particular team because in their defence, they're 'rooting for everyone and just enjoying the game'.

In most cases, that will be a blatant lie. This fan will steer clear of all the drama and skillfully avoid all banter. They’ll hail the victorious and safely walk off with the 'I know they’d win from the start' claim. This fan plays his/her cards carefully and steers clear of bias at all costs.

This type of fan is a part of two fandoms but he/she won’t confront the dilemma. Although on the outside, they quite transparently support team XYZ, they are furtively cheering for two teams to go great guns.

If you’re around the covert double-dealer, do not let that Quetta Gladiators cover photo fool you, for there is a high probability that their heart also yearns to see Misbahul Haq win the PSL trophy.

These fans will have their loyalties tied to two teams but won’t mind being vocal about it. They have most likely sided with a combination of the following:

Hometown – The team with their favorite player(s)

If one team falls short, a rebound will be readily available. For instance, die-hard Afridi fans born in Karachi are likely to be a part of this bandwagon. Very smart.

The clueless fan will have no idea what’s going on till about half the league has passed (some will still be struggling after that). People who make up this fanbase will quite evidently not be very keen followers of the game. I divide these fans into two sub-categories.

I don’t know what’s going on and I’m too cool to care — not too difficult to spot since they’re easy to read and upfront about their baffled state of mind. Point to be noted: these fans are most likely to find all the other fans and their PSL banter mildly irritating.

I don’t know what’s going on but I’ll try to gel-in and pretend I do — source of most entertainment during the league. It is highly improbable that they have knowledge of PSL’s playing format, but would put in substantial effort to make it look like they’re the co-founders.

These fans will leave no stone unturned in broadcasting the league to the world through their Twitter, Facebook, Snapchat and Instagram. They staunchly believe it is their duty to provide cyber friends with timely updates about the game.

Moreover, they will also ensure that everyone is constantly kept up-to-date with their opinions on every cricketer’s hairstyle and playing technique.

Needless to say, this supporter will soon upspring and hence it is vital to observe precautionary measures as and when necessary. 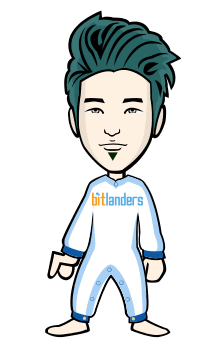