Here's another movie review for bitLanders Film Series which supports women empowerment. Watch it first if you don't want to read any spoilers. 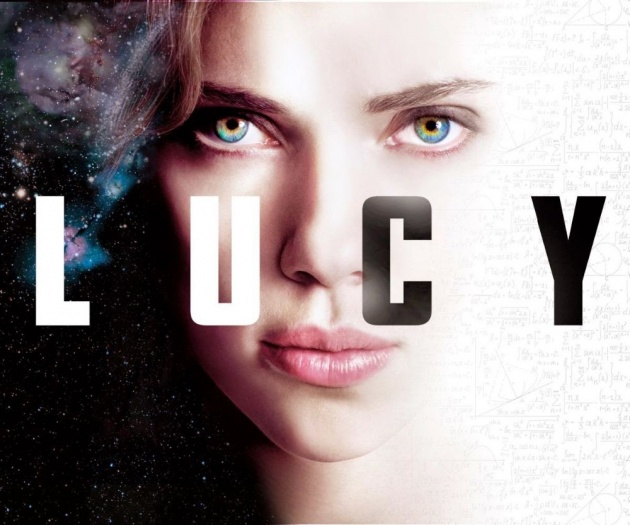 I'll just put two of the most important cast members.

An American living in Taiwan who became a victim of drug trafficking. Because of a drug she became all powerful.

A professor and researcher of the human brain capacity.

An American woman living and studying in Taiwan (Lucy), is forced by certain events into delivering drugs to the Korean mob in a hotel. When the drug lord saw what she brought him, she was turned into an unwilling drug mule. She gets operated on without her knowledge and was told she has a bag of drugs in her abdomen. The mob uses her and three other people to deliver the drugs overseas. Upon delivery, she is kicked in the stomach for refusing unwanted advances of a foreign guy. This caused the packed powdered contraband to rupture which allowed for direct absorption into her bloodstream.

Upon mixing with her blood, some time later she suddenly develops super abilities. Her brain is now a whole lot smarter than it used to. Lucy manages to escape and kill her captors eventually reaching the Korean crime lord and finding out where the rest of the drugs are. 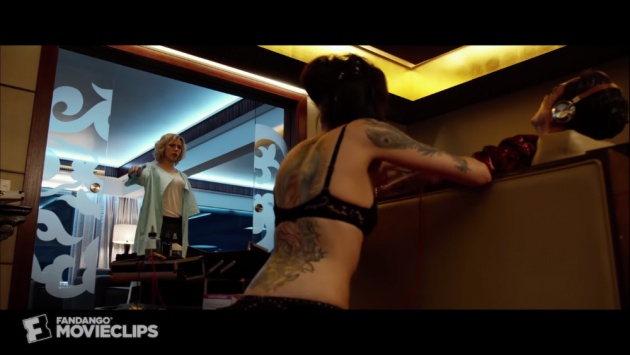 By now her brain capacity is more than 10% and growing. She is able to see things and process information like a computer. She can also contact people and know what they are doing because she can see where they are. First she contacted Professor Norman to help her know what to do with the changes she was going through. Next she contacted the chief of European police to help her catch the other three drug mules.

While the police catch the 3 men, Lucy travels to Paris and discovers she will disintegrate if she does not stabilize her body using the  remaining powdered drug she accidentally metabolized (CPH4). Once in Paris she gets the remaining packs of the coveted blue powder from the Korean mob and goes ahead to meet with other experts together with Prof. Norman. Her plan is to share her complete acquired knowledge with them.

During the meeting, the Korean syndicate arrives. The police also arrives as Lucy intended to prevent the drug mob from retrieving the remaining CPH4. 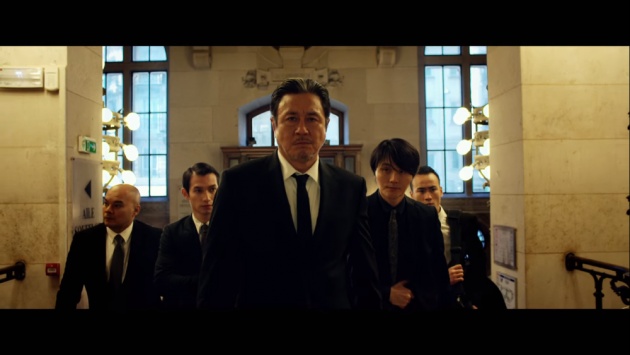 Lucy decides to force her cells and brain to be at 100% capacity by taking the rest of the drug intravenously. A battle between the police and the bad guys ensued. Before she is killed by the head mobster, she reaches full potential. In the end, Lucy becomes a black moving blob that produced a black flash drive. This drive is taken by Prof. Norman which causes the black blob to disintegrate. In the end, it is assumed Prof. Norman now holds the digital stock knowledge of all that Lucy knows.

Had to rewatch the movie somehow to refresh my memory. I mean, it's an interesting topic but the movie is just not enough to cover everything. Anyway, read on.

The only thing I can say is everything is spoonfed to us in the movie. It might seem amazing to some but for me it is not that good. Its topic is quite overreaching and still half-baked. 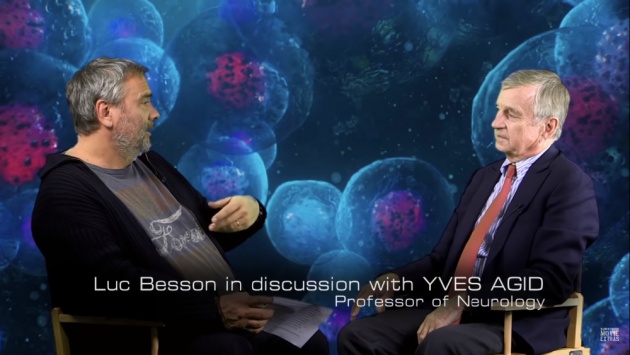 I commend Luc Besson for the effort but it's a very big topic to just squeeze into a movie. Yes, it is slightly enjoyable but I prefer The Fifth Element more. Lucy the movie seems to me like it was made rather quickly. It just gave away the "secrets of the universe" and that's it. We now know "how the world works" through Lucy's eyes. Why you can lump in Lucy with Jupiter Ascending in terms of how it was done.

Lucy doesn't have much mystery. It's more of an action movie rather than a thinking man's movie. No complaints as I also like action films. The story is still not superbly presented though. It is too direct to the point and no fun at all. Or it kind of feels like a mix of The Tree of Life and Limitless. The former due to some advanced "mumbo jumbo" and the latter for the memory enhancement drug part of it.

As for women empowerment, the only part where Lucy gets empowered is after the drug gets into her system. From then on, she becomes a "heartless" superhuman until the end. How's that for empowerment eh? Do you think women need to be drugged before becoming powerful too? Lol. I guess using a woman to represent the best and untapped part of our humanity in the movie is empowering enough. Women deserve to be represented well in Hollywood movies too. 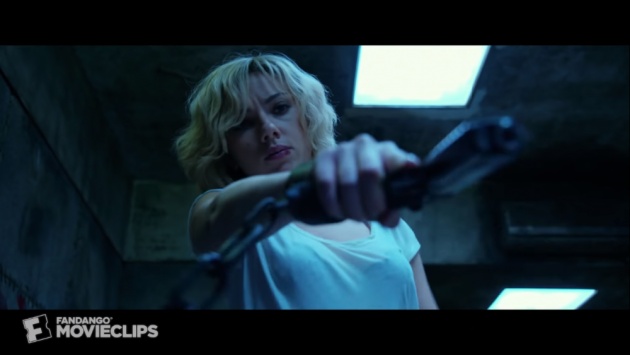 If the drug was put inside a more intelligent woman I wonder if the story would be more interesting. I mean, what would a smart/intelligent female with sudden optimal brain function do? World domination anyone? Haha. Or will it always end up like what the film showed us: pure non-human sentiments, no wants or desires. Hello human "AI"?

I think I know how boring life on Earth would be for superhumans like Lucy. If you're really intelligent and you reach a certain age you tend to see material things as worthless or pointless sometimes. I'm sure anyone with above average intelligence get bored rather quickly and tend to "not care" about money.

Ahem, going back to the movie... In the beginning, Lucy was a simple girl and then she becomes all encompassing like a god in the end because of what happened to her. It's like the movie is saying we humans might become "gods" if only we discover the right drugs and metabolize it. Well newsflash, right now we are more than human beings only after we die. Maybe you should watch videos on YouTube about our life being a simulation instead of this movie. Literal virtual reality anyone? 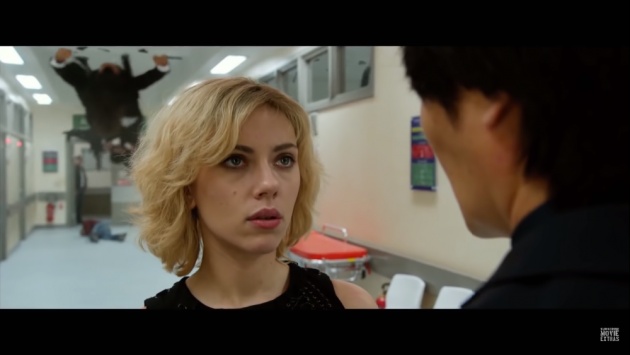 Others who are not aware of such things before might be amazed by Lucy. People are actually asking online if it can really be bought and have the same effects. CPH4 is just a made up movie drug guys, don't be fooled by people who claim to sell it.

There are other things tackled in it that may be true but of course we're free to not believe everything the film tells us. It's mostly far-fetched, a theatrical representation of imagination with a grain of truth. The 10% brain capacity issue is also a myth but it makes for an interesting movie plot right? Most human brains might not be able to accept some of the things discussed in it thus many things can just pass over our heads, or not. It is quite forgettable for me however fascinating the subject might be. Perhaps it is just the lack of better execution in story telling that makes me not like it much. 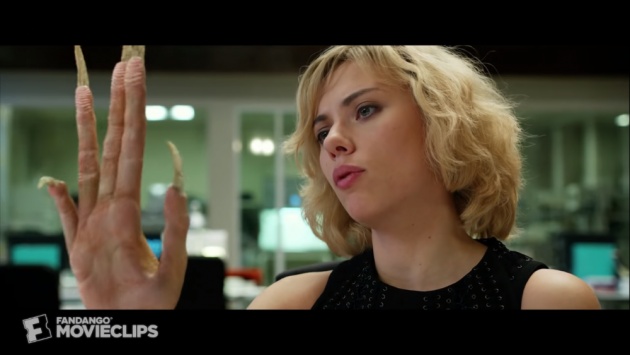 I mean, watch this film clip and tell me if it's fascinating or just too direct to the point that we're stupid. Lol. I get the impression intelligent humans can become some kind of robot. Where's the fun of living if that happens?

Don't get me wrong, I do agree it's possible we are "living" inside a sort of organic "computer." That topic is fascinating but more advanced and not one to be for entertaining people. I would probably like this film better if it was a sort of documentary but it's not Luc Besson's intent at all.

I even prefer the behind the scenes clip more than the film. Watch below.

Anyway, going back to what I think of the movie, the characters are unique in their own way but Alias has even better character development per episode. Okay okay, maybe I should stop reviewing the film now if I have nothing better to say. Or wait, I'll say this instead: Something always suffers if the movie is not as perfect as it should be. It's either the plot suffers or how it looks. This time the story/character development is the one that was lacking.

As expected Morgan Freeman delivers well. The rest of the cast are okay too.

Scarlett is best at doing action movies so I love how she was able to do lots of activity here. She's a cool tough chick and it's not impossible to believe when we see Lucy. The movie doesn't have much heart-tugging moments or dramatic scenes which is just fine with me. One scene that stands out is when Lucy was disintegrating. That showed the most emotional side of Lucy after becoming superhuman.

I think the saving grace of this film are the top actors involved and the special effects. That's it. 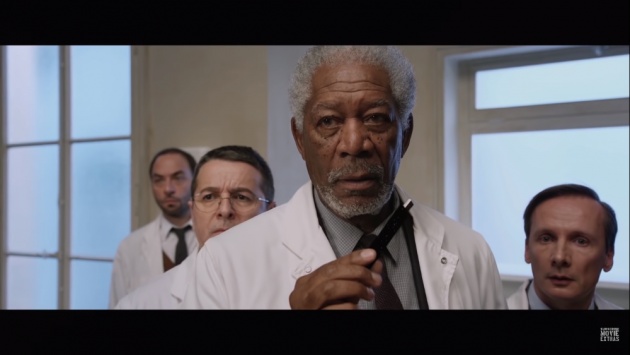 I can't not like the graphics and production design of this movie. I mean, starting with the set locations, I think Luc really chose well. It's funny but I found something more interesting to me now. I did not realize they had a scene at a luxury Paris hotel. They shot a sequence at The Westin Paris Vendome. Wow!

Hey I'm a real estate agent for The Westin Manila hotel-residential property here in the Philippines and it's like a coincidence seeing that movie scene now. I didn't even notice or care about it before. Haha. Ain't it cool?  I'm sure Prof. Norman had the best hotel experience as he seems to be a frequent guest.

The set, location and the props are on point. The visual effects are good too. It's more of a visual treat for me and nothing else. If you're not much into thinking then watch this and just  let your senses enjoy it.

The music is apt enough and makes our blood pump during the action scenes too. 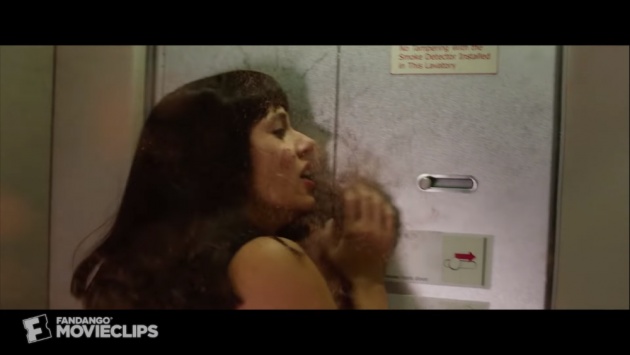 Based on the above,  my movie rating for it is 7.67 over 10 stars. Watch it if you like to see some action plus CGI and take the film's message with a grain of salt.

For my other movie reviews and related blogs, click below: