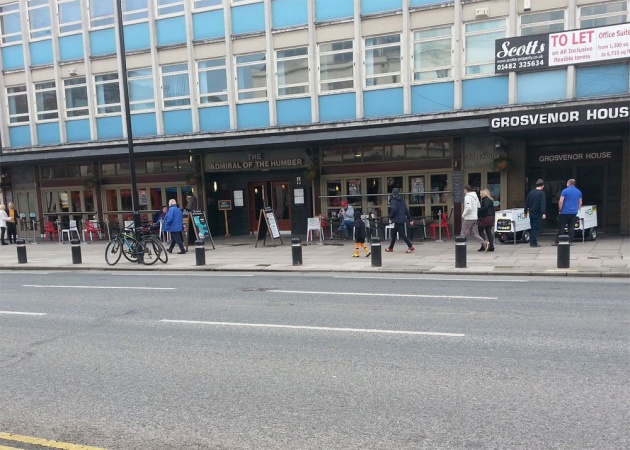 The Admiral of the Humber is a J. D. Wetherspoon's pub in the centre of Hull. Wetherspoon's are a national pub chain that operate a large number across the UK, and are also part of the same group that operates Lloyds No. 1. Consequently, the menus of the two are generally identical (although prices for some dishes can vary between pubs in the same chain and even in the same town). This pub is in a fairly standard office building in the city centre. 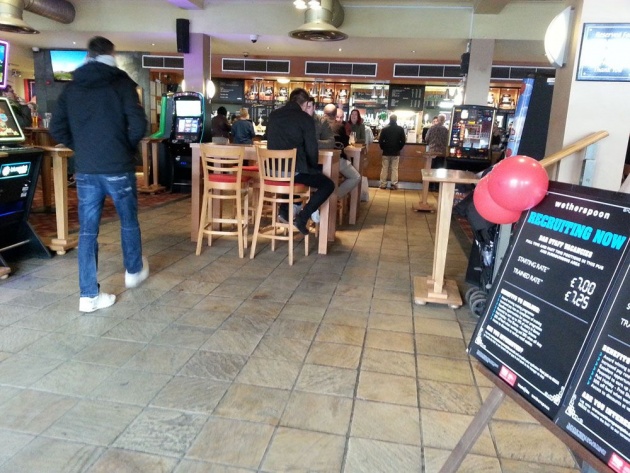 The pub lacks a car park of its own and nearby parking is either on street or, as an alternative, in the nearby and cheaper Prince's Quay Shopping Centre. The shopping centre car park is also pay on exit rather than pay and display, and therefore has flexibility in the time; there is no concern of overrunning the parking as there is at a meter. The pub has a number of tables positioned outside the front on the pavement, although these generally are only used by smokers, as they are next to the main road. Inside, the pub is one large room, with the toilets well to the rear behind the bar. Given the size of the room, the ceiling tends to feel a bit low. 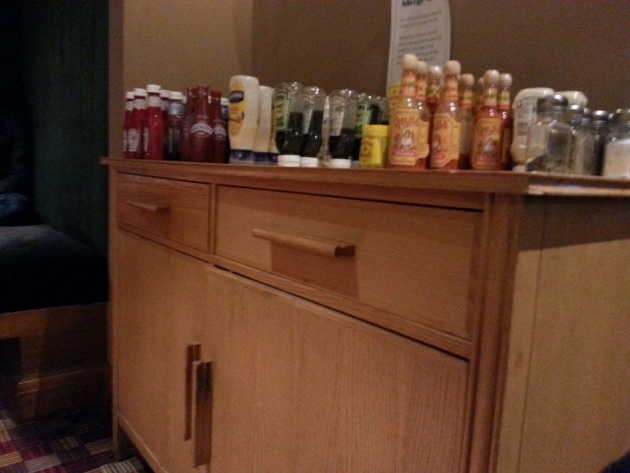 As with all Wetherspoon's pubs, patrons need to first select a table, and then go to the bar to order food and drinks, which are paid for in advance. Although any food ordered is brought out to the table, the pub lacks true table service, and any further orders of food or drinks require repeat visits to the bar. Cutlery is brought out wrapped in paper napkins and bottled condiments are available on top of cabinets in the pub. Wetherspoon's locations sell a wide range of bottled and cask beers, both craft and world, with new ales being available regularly.

The pub was visited on a Saturday lunchtime and was very busy when entered, with the majority of tables occupied, with custom remaining at that level throughout the visit. During the week, Wetherspoon's pubs have a number of Club deals, but Saturday is the only day when there aren't any of these on, although there was a leaflet promoting Manager's Specials, which were a number of curries at what appeared to be a reduced price.

The food was ordered from the main menu; various dishes on the menu have hot and cold non-alcoholic and soft drinks included in the price, including tea and coffee or, for an extra £1, an alcoholic drink from a range of beers, wines and spirits can be ordered instead.

The meal chosen was one that comes with an included drink, and a Pepsi Max was the one chosen. This was a draught Pepsi Max, and was as good as can be expected from a draught soft drink. This could have been increased to a pint for an extra 20p, but this was declined. 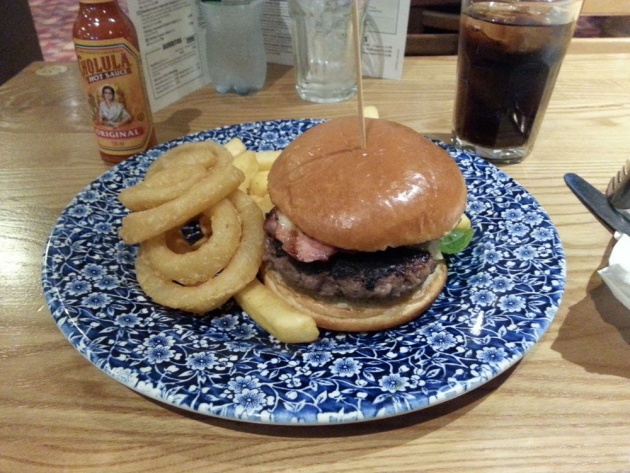 The main course ordered was the Ultimate Burger, a new item on the menu and one of their range of Gourmet Burgers. This is a beef burger in a bun along with lettuce, sliced tomato, sliced red onions, bacon, cheese and gherkin, as well as what is described as being signature burger sauce, all held together with a wooden skewer. It was accompanied by a portion of chips and six onion rings.

All of the components had been cooked properly. The chips were freshly cooked and neither over- nor underdone, the onion rings were the same and were made from rings of onion rather than reformed onion as can be the case. The salad in the burger was fresh and not wilted - although the amount of red onion and tomato was possibly on the low side - and the bacon was nicely cooked and not at all fatty. The plate was neither hot nor cold, and could possibly have benefitted from being warmed up. 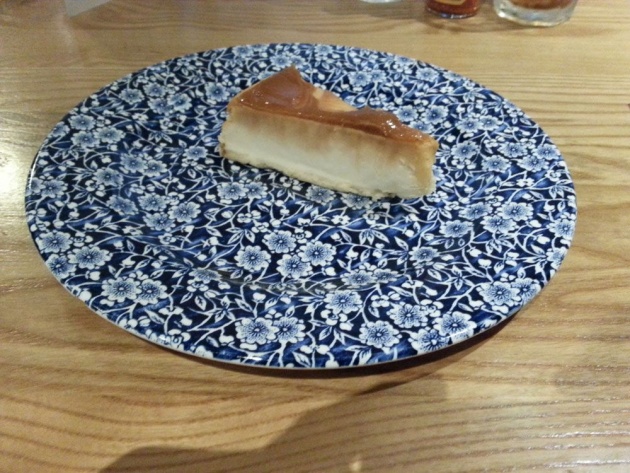 The desert ordered was Eli's Salted Caramel Cheesecake. This could have been had with a scoop of vanilla flavoured ice cream for an extra 65p, but was instead had on its own. This was a single slice of cheesecake that was topped with a gooey caramel sauce - any salt in the caramel could not be tasted.

This is one of the cheaper dessert items, and surprisingly one of the lower calorie ones too, despite being a cheesecake. This was a perfectly decent piece of cheesecake, and the caramel was a nice topping. The plate was neither warm nor cold, but could perhaps have been better chilled. Oddly, the cutlery brought out was a knife and a fork; a spoon and fork would be more appropriate for this type of dessert.

The total for the meal including drink came to £8.60, which is a perfectly reasonable price for a two course meal. This is a step up from a fast food restaurant, but is not actually that much more expensive. The quality is generally higher too.

Despite the pub being busy, both the main course and dessert were served quickly. Even though a fifteen minute wait had been advised on the main course, it was served in under ten, and the dessert was served in around two minutes, less time than it took to actually get served at the bar to order it; bar service on both visits was quite slow due to the amount of custom. For this to not affect the food was a surprising plus.

As always, the biggest problem with The Admiral of the Humber is the same as at all Wetherspoon's pubs when dining alone; the lack of table service means that the table has to be left unattended when the bar is visited, requiring items to either be left on the table, which is often out of sight from the bar, or risk having someone else at the table when returning to it - something that is quite likely to happen when the pub is busy as it was on this occasion. Despite this concern, The Admiral of the Humber is a nice, and not that much more expensive, alternative to a fast food restaurant.