This would be a continuation of my previous blog about my visit to Macau about three years ago. If you haven't read it yet, you could read the first part here - Macau Fisherman's Wharf - Invasion Part 1.

Macau is a city lying 65 km to the west of the beautiful city of Hongkong and covering a small area of 27.5 square kilometers only. Due to it, there is a few number of people residing in the country, 90+ percent of which are Chinese, and the rest are Portuguese and from other countries including the Filipino workers. The city has a lot of tourist spots and attractions which is known to travelers and I happened to visit some of them in a span of one day. During our first day, we were able to visit the Macau Fisherman's Wharf and then right after, we went to visit the Ruins Of St. Paul which was built in the 17th century. 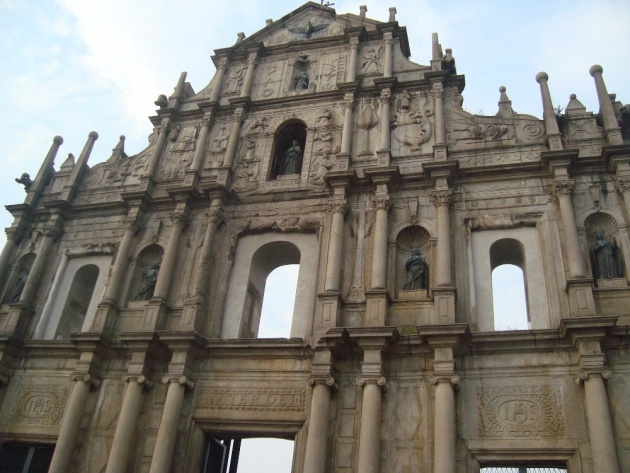 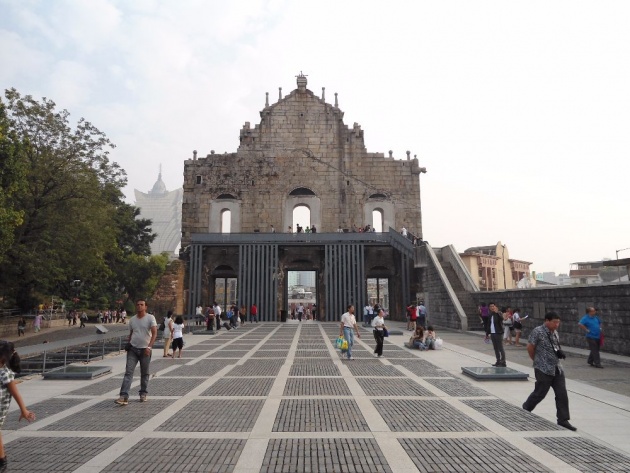 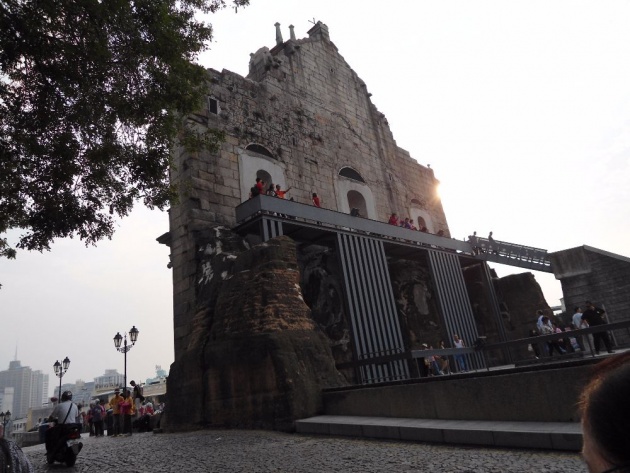 This is the facade and the stairwell (at the back) of the former St. Paul's Church designed by an Italian Jesuit which is one of the most visited attraction in Macau. According to our tour guide during our entire visit here, the Church was destroyed by the fire which started at the kitchen of the barracks leaving only what you see in the photo above. You can also have a view of the Monte Fort which is just beside the Ruins. 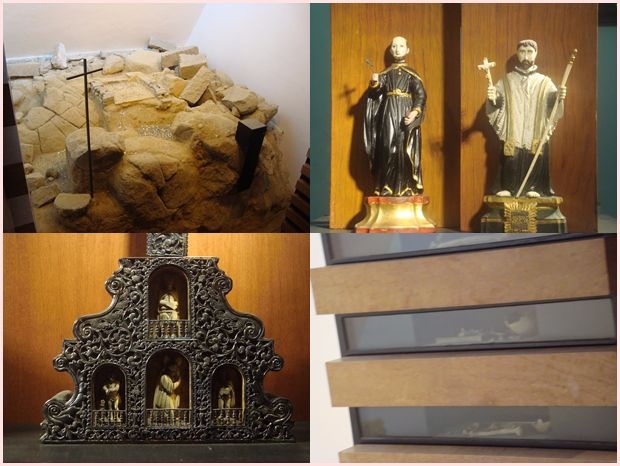 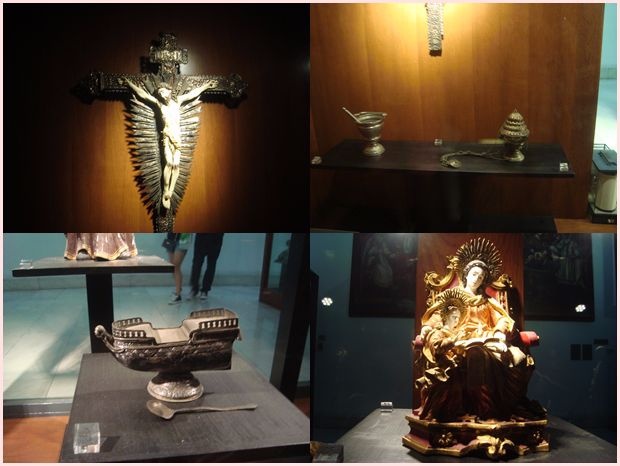 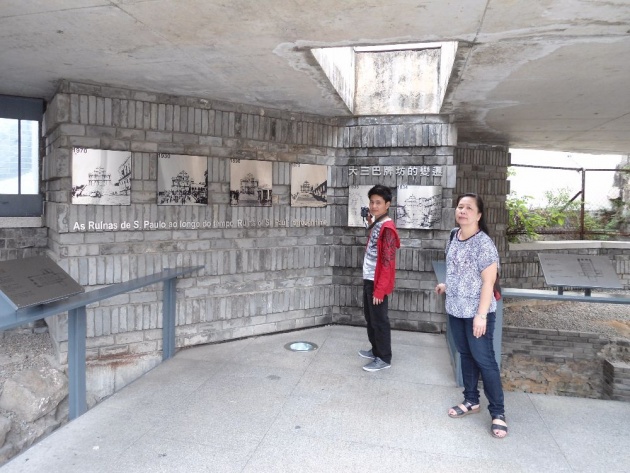 Located at the right of the Ruins Of St. Paul is the Macau Museum from which you can have a look of the many collections and valuables which tells stories about the past. These human bones would also steal your attention. Anyhow, I wasn't able to take a good shot of the entire museum due to my amazement. 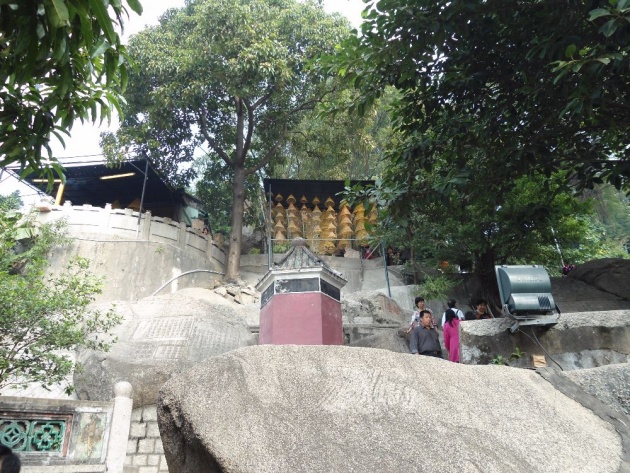 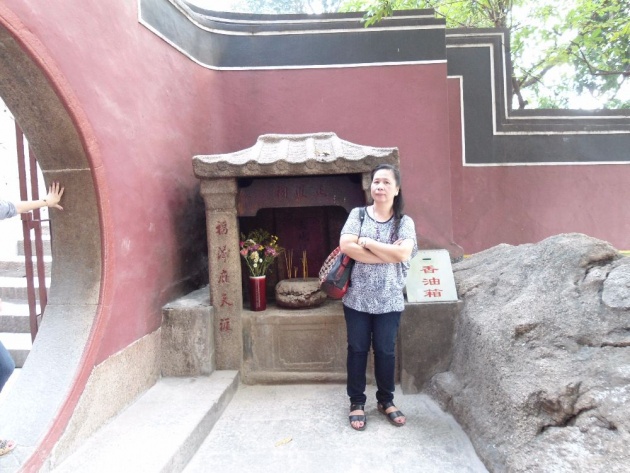 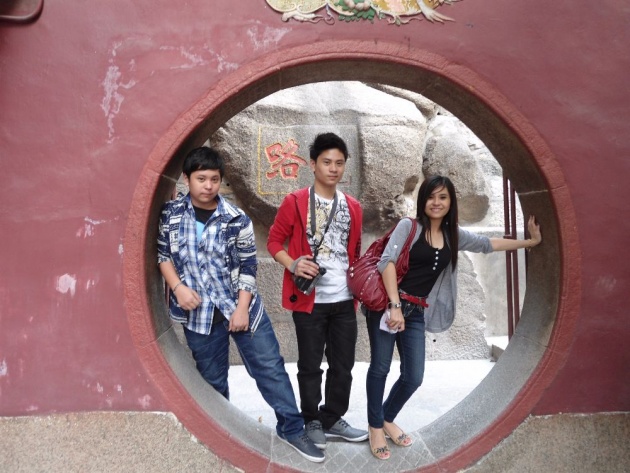 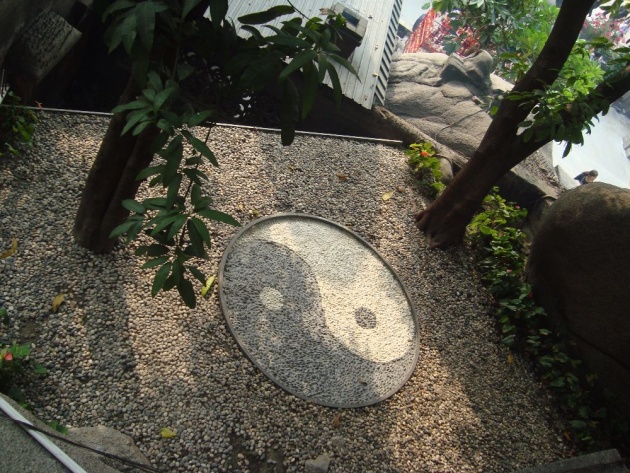 Nex stop would be the A-Ma Temple built during the Ming Dynasty which was the shrine dedicated to Mazu,the seafarer's goddess.During festivals, devotees come here to pray. I also saw from above the symbol of Yin-Yang which represents the belief that the universe consists of two forces which opposes each other. Yin is the feminine or negative nature of things while Yang is the masculine or positive side. Also, beside the temple are the many stores which sells different kinds of foods which are their best sellers. We have tried if not all, most of their food and I loved it.

Aside from these attractions that is classified under the Old Macau from which historical places can be seen, we also took a visit to the more developed places in Macau as part of our tour. I will be glad to share to you some of the photos I took myself. 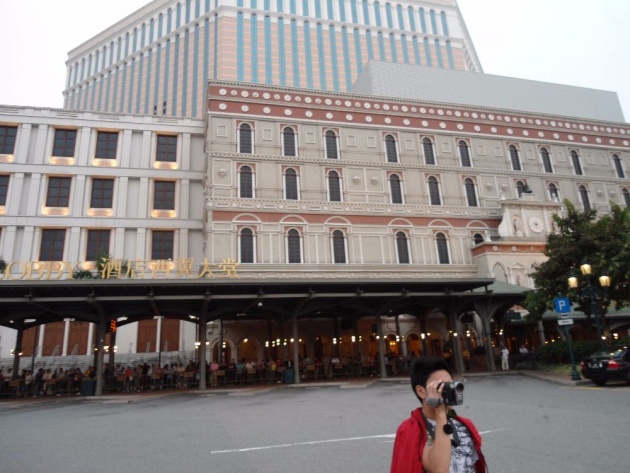 In the photo above is what the Venetian Resort in Macau looks like from the outside. This is the world's largest casino with additional attractions and amenities where you can also shop, dine and enjoy the Venetian Gondola. 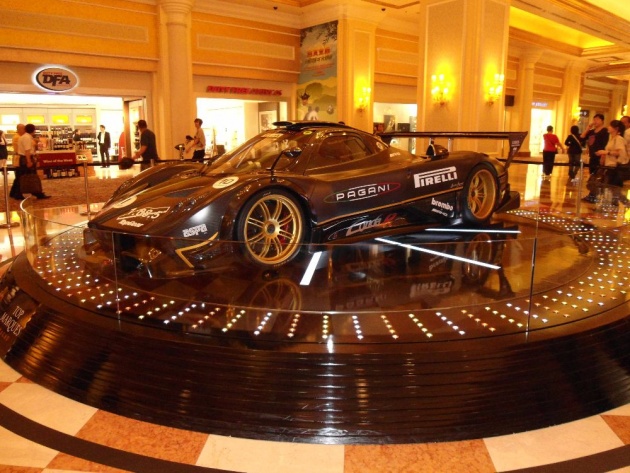 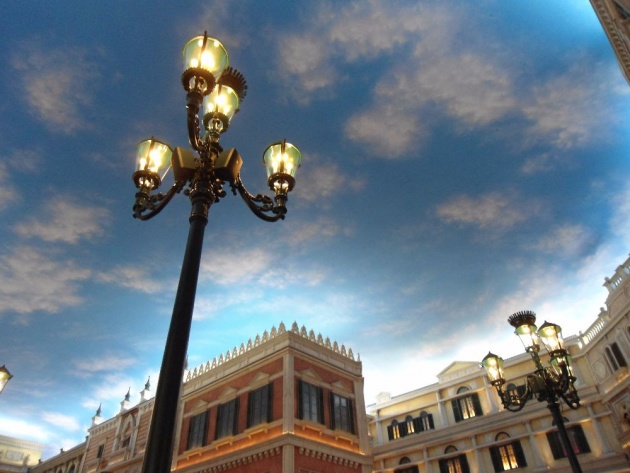 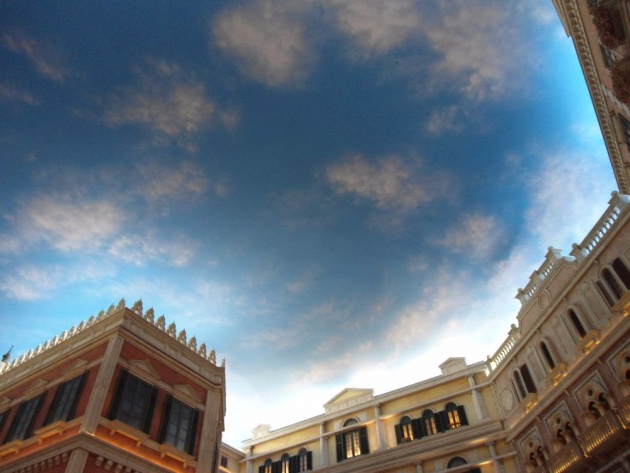 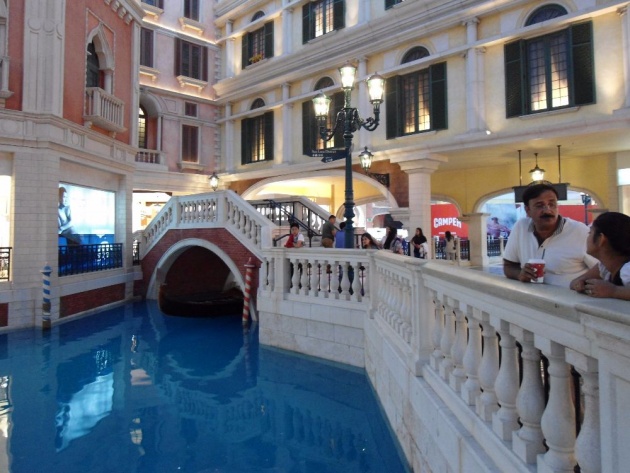 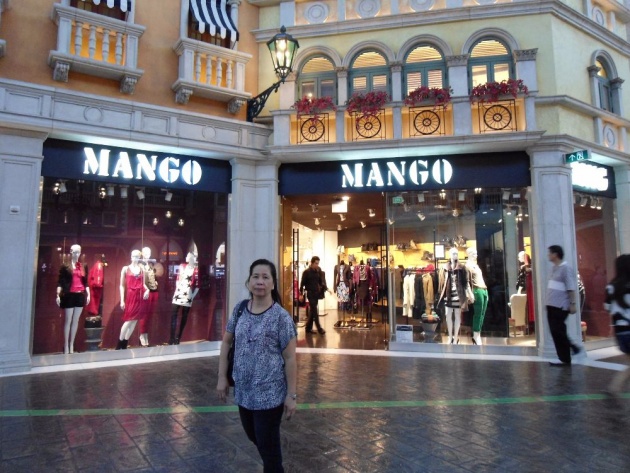 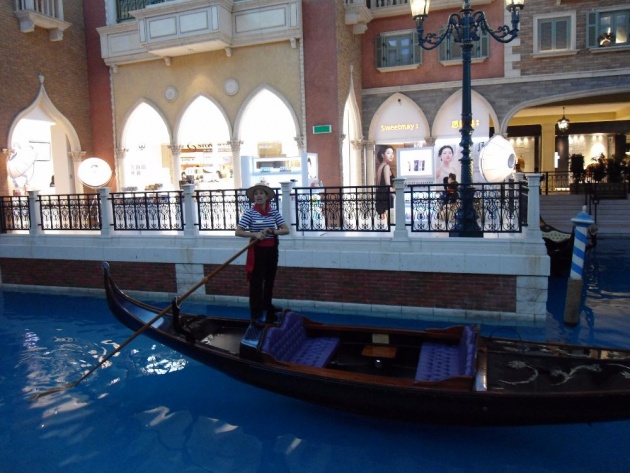 And this is what it looks like from the inside. It is around 4 in the afternoon when I took these photos. This is one of the highlights of my stay at Macau for I really fell in love with the place! The shopping center looks like a little heaven on Earth! The interior design is made so perfect that it actually resembled the places in Venice. The lady in the traditional gondola is actually a Filipino who has an angelic voice. She sings while roaming around the lagoon. 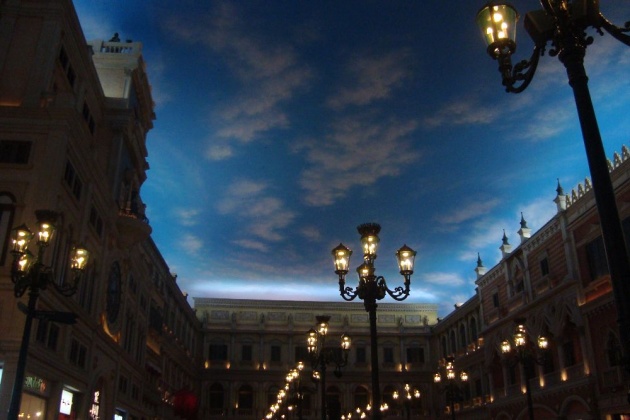 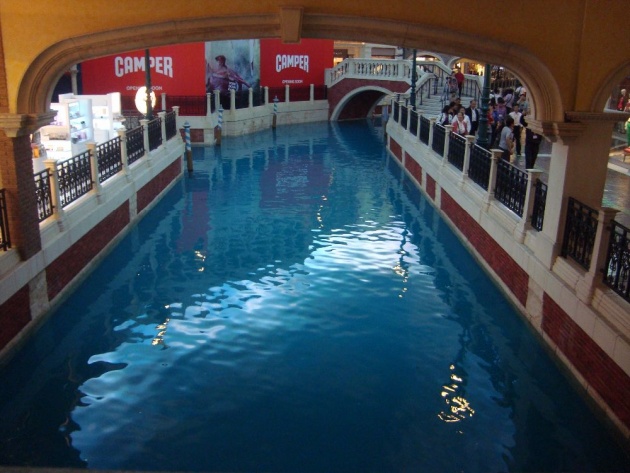 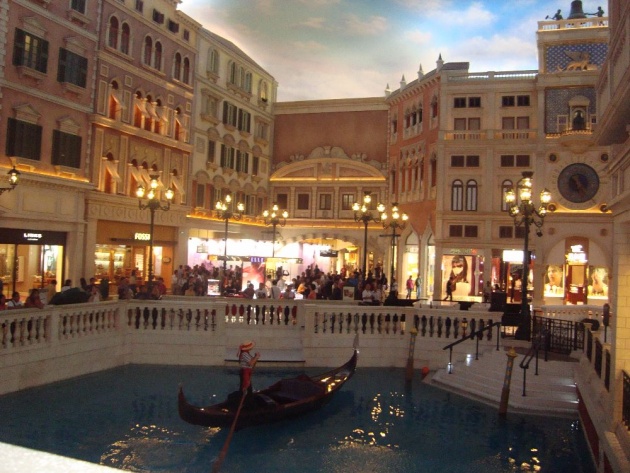 When it started to get dark outside (since it was about to turn 6 pm already), amazingly, the lights from the post had adjusted its brightness and the primary source of light started to go dim. So while you're inside the resort, you would know if it's already getting late. That is just really amazing for me! The casts of the Boys Over Flowers featuring Jun Pyo and Jandi actually shoot here before. 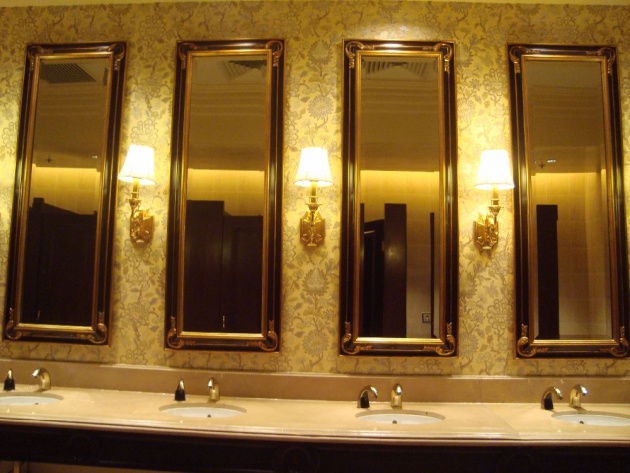 Aside from the classy facilities and amenities, another thing you shouldn't miss here is their lavish Italian marble bathrooms. It looks very luxurious! My parents actually went back here the next day to play in their Casino and they enjoyed as well.

Our second day at Macau was spent with my auntie who lives there and we were able to take a visit to her place where most Filipinos live. We spent the day shopping for souvenirs and trying out some of their delicacies. Together with my two younger brothers, we stayed at the Senado Square for a little longer while my parents and my aunt are at the Venetian Casino. Overall, I am very satisfied with the tour. Macau is a great place to visit if you want to experience both traditional and modern environment. 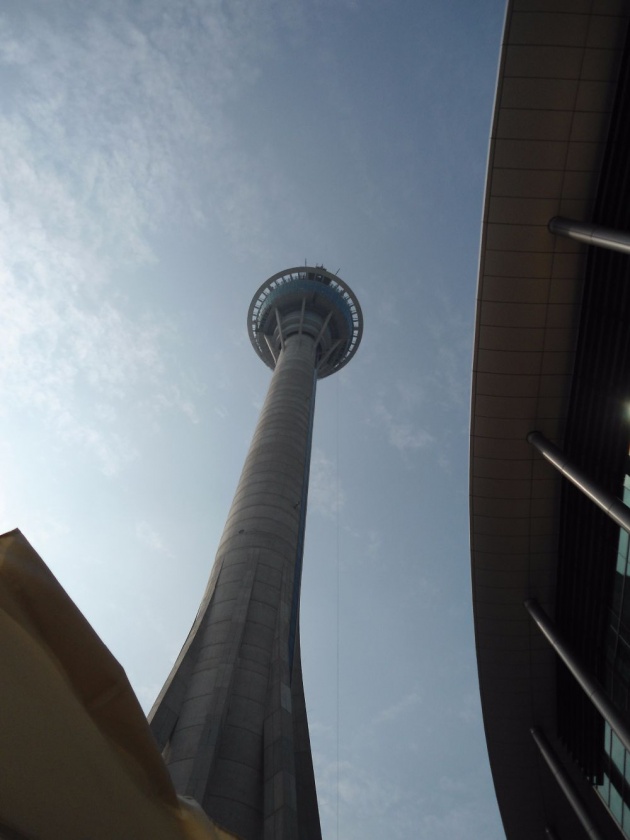 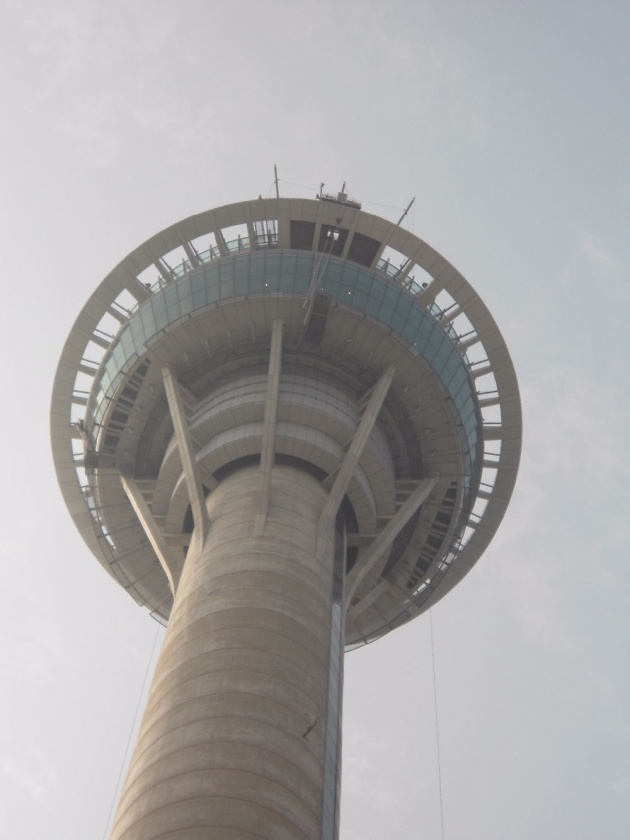 There are still more places that you can visit here where you can enjoy a lot including the Macau Tower which is the highest in Macau. This is where you could see a good breath-taking view of the skyline and enjoy the world's highest bungee jumping and the sky walk and sky jump. So make sure you plan your visit very well and bring extra cash if ever you want to try out these features!

If I'd be given another chance to go back here, I wouldn't take a second thought about it! 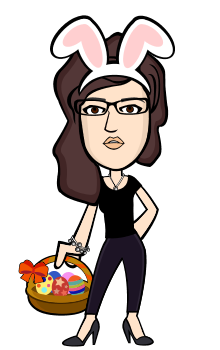