Smoked was my project for an animation assignment at Concordia University in the film animation program. The exercise was to create a short narrative piece depicting a "slice of life" situation, using the technique of South African animation artist William Kentridge.http://www.filmannex.com/webtv/jonathanng/movie/smoked/30570

William Kentridge http://en.wikipedia.org/wiki/William_Kentridge pioneered his own technique of charcoal animation. He started off as a painter, but in order to work out his plans for his paintings he made charcoal rough drawings. He states that he worked so much on the pre-painting stages in charcoal that he ended up mastering charcoal and never really became a painter. It was through working with charcoal that he essentially invented a new technique in animation. A combination of hand-drawn charcoal artwork and stop motion photography. He would draw and re-draw the images of his film on the same piece of paper, usually watercolour paper, and he would capture each frame using a rigged lunchbox line tester hooked up to a camera. The final frame would be the finished charcoal drawing that he would exhibit.

He had an exhibit of his work in Montreal in 2005, this was when I was working at the NFB on my film Asthma Tech http://www.nfb.ca/film/asthma_tech prior to my studies at Concordia. A lot of the NFB filmmakers got together and went down to see his exhibit. It was. He had his films playing on a loop with the final charcoal drawing displayed next to the film.

This was the technique I used to create Smoked. The story came about as an idea I had when I was sketching during a hospital stay. I thought it might work as a really short clip, and it turned out that the story fit really well with the requirements for the Concordia project. As I photographed the animation, I found that charcoal dust really lent itself well to the smoking theme.

Being an animation exercise, I did not consider this a final film for festival purposes, I decided instead to release it as an online film. This footage for this project was shot and animated in one day. 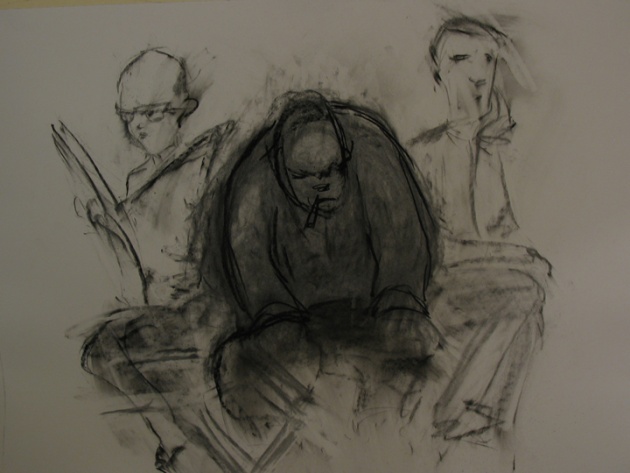