MALALA, SHAZIA AND KAINAT GIVE COURAGE TO AFGHAN WOMEN 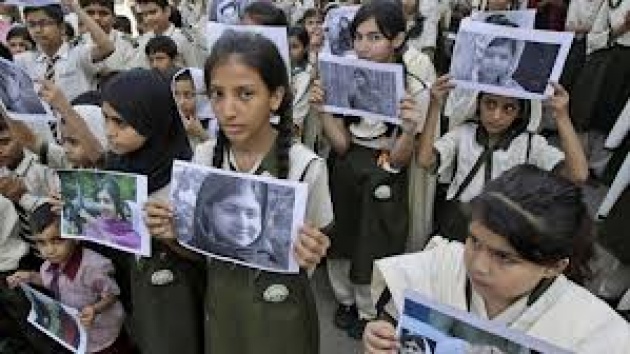 Malala Yousafzai’s words are echoing around the world. The teenage schoolgirl who was shot along with two other girls a week ago by the Talibans for demanding an education was flown from Pakistan to the United Kingdom to be treated in a hospital specialized in war injuries. Because of the diary she wrote describing and denouncing what the Talibans were doing in Swat Valley before they were pushed out by government control, Malala was awarded the Pakistan National Peace Prize. Her courage has inspired young women to take a stand against the radical group, and to fight against injustices that traditional cultures often bring along.

All over Pakistan (and around the world), people have shown their support and prayers for a full recovery of the 14-year old activist, who has become a global symbol of the rebellion against the Taliban movement. One of the biggest rallies was held in Karachi this past Sunday, where people showed big posters and wore T-shirts with Malala’s face and "I am Malala" written on them. Among the demonstrators there was not only concern about the health of Malala, but also disgust and anger against the Talibans and their ideologies, preventing women from getting an education, and shooting those who don’t obey. Posters were also dedicated to Shazia and Kainat, the two girls who were injured when she was shot. Their names have been under the radar, but deserve equal recognition for their bravery.

The attack happened in the Swat Valley, a region very close to the border with Afghanistan, another country struggling with the presence of isolated areas controlled by the Talibans. In these patches of territory Afghan women receive the same treatment and risk their lives every day they go to school. Obviously, the war in Afghanistan makes the situation even more dangerous. The Afghan education system doesn't have the power and resources to fully protect female students, so help is needed to provide not only the logistics, but also the educational tools to continue to encourage young women to come forward with no fear of retaliation. It's a long process, but this is a key part of the future development of the economy of Afghanistan and Pakistan. It's amazing how one woman can inspire millions.