MALALA YOUSAFZAI: A HEROINE FIGHTING FOR PAKISTANI AND AFGHAN EDUCATION 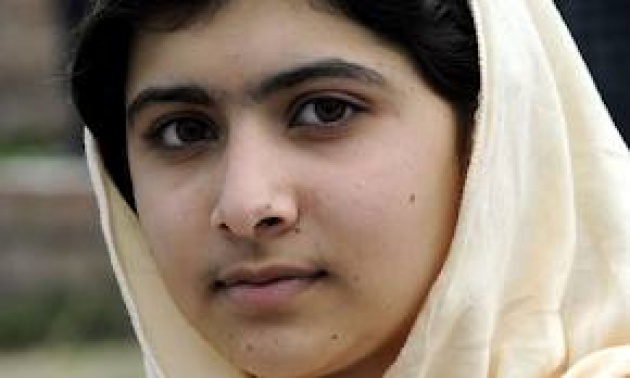 I'm a teacher, and it makes me angry when I see kids here in the US taking education for granted. When I see them not paying attention during class, or being arrogant and disrespectful with their teachers, missing out on precious opportunities that are so easily handed to them on a daily basis, I grow more and more frustrated. Many of them don't understand how lucky they are, and how important is getting an education for their future and the future of their own families. They're spoiled, and they don't know it. Sometimes I wish I could better show them a world where children don't get an education unless they're privileged, where schools can be ridiculously far away, and classrooms often held inside tents with no desks, pencils or notebooks. A world where female students risk to be poisoned, thrown acid to their face or even shot just because they're trying to get an education. This is Afghanistan, today.

People's future depends in great part on the type of education they are able to achieve. Similarly, a nation's future mainly depends on the level of education they are able to provide to their citizens. Despite the war in Afghanistan, the government has worked hard to give more opportunities to the Afghan students, and much has been done to improve the security conditions of schools. Nevertheless, young Afghan women are still easy targets of the Talibans, who still try to prevent girls from getting an education, and represent a real threat for the development of the education system in Afghanistan. Although they are not ruling the country anymore, they still control areas of the country, and wherever their influence still exists, female students are still regularly attacked: with poison, with acid, and with bullets.

Pakistan is another country with isolated patches of Taliban-controlled areas. A few days ago 14-year-old Malala Yousafzai was shot in north-western Pakistan Swat Valley. The Talibans were pushed away three years ago after controlling the area from 2007 to 2009, but haven't forgotten what this young woman has done to denounce the oppression and injustice they created. At the age of 11 she started a diary for BBC Urdu describing what the Talibans were doing in her school since taking control of the Valley. She was shot coming back from school along with two other girls. Right after the attack she had a successful surgery to remove a bullet in her head, but it's still unknown what her prognosis will be. Officials and medical staff moved her to a different location not only to provide better medical care, but also to better protect her. Since the Talibans have sworn to murder her, the Pakistani government has sworn to provide protection. Her family is astonished. Never would they have thought that these terrorists would arrive to shoot a 14-year old girl. Her father, himself a teacher, talks proudly of what his daughter is trying to achieve, which is simply safe education for all women.

Malala is a heroine. Her face should inspire every girl in the world who, for a reason or another, doesn't have easy access to education and struggles to make it happen. It should motivate parents all over the world to do whatever it takes to send their kids to school. And it should teach a lesson to these spoiled students who don't understand the importance of getting an education.