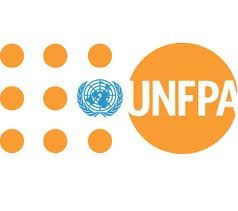 Malaysian NGO specializing in family planning and sexual health and US Advocate will be this year’s recipients of the annual United Nations Population Award to be delivered this June 2012. From Family Planning to “Disadvantaged” Communities as Transexuals: FRHAM is the leading NGO focusing on population, family planning and sexual and reproductive health in Malaysia. Over the years, it has expanded its activities to cover disadvantaged communities, including refugees, sex workers, and transsexual and marginalized youths, as well as providing multilingual publications educating the public in reproductive health issues. Pioneer in Reproductive Health: Adrienne Germain, the first scholar to develop the concept of reproductive health in 1987, has been a vocal proponent of family planning and is widely seen as a pioneer in linking fertility and population policies with the status of women since 1975, according to a news release issued by UNFPA. In addition, she has served in leadership positions at the Population Council, the Ford Foundation and the International Women’s Health Coalition, where she served as President from 1998 to 2011. Past winners include philanthropists Bill and Melinda Gates, Iranian demographer Mohammad Jalal Abbasi-Shavazi and Dame Billie Antoinette Miller, a former foreign minister of Barbados. See our Film Online Video – “Feeding 7 Billion” - diplomaticallyincorrect.org/films/movie/feeding-7-billion/29018 See more at our Popular Video Blogs & Current News Event Articles at www.diplomaticallyincorrect.org By Ambassador Muhamed Sacirbey – Follow @MuhamedSacirbey Facebook = Become a Fan at “Diplomatically Incorrect” Twitter – Follow us at DiplomaticallyX