Many ways of the Etiquette

Oxford dictionary defines 'etiquette' as the customary code of polite behavior in society or among members of a particular profession or group. 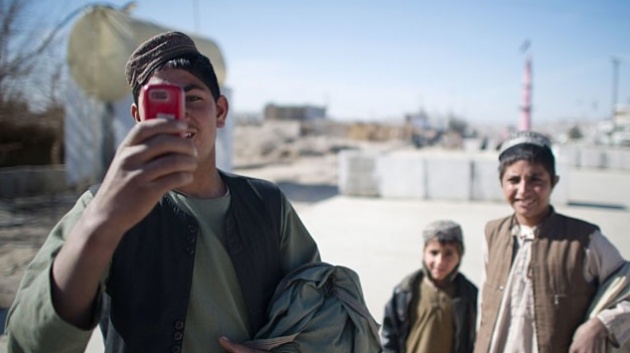 Etiquette's history dates back to old times when humans starting interacting with each other and thus started the rules for pleasant and bearable interactions. With times the whole scenario changed, over the centuries as the human interactions started falling in to specific slots such as there is etiquette for behaving with fellow members, our siblings, our relatives, our teachers, our elders and so forth, the limitations for the delicacy went to a whole new level.
With time we came across different changes around us, out of them 'social media and news media' is the most prominent one. Its role in our lives has grew progressively pronounced. Etiquette in this regard has emerged as well, such as proper interactions, introduction, body language, way of communication, writing statuses and commenting on it. In other words,
"The news anchors are 'bloody good' at their job."
'Tolo News', a well known TV channel with high TRPs and respected anchors across Afghanistan is probably the most watched news channel, known for its quality news anchors I actually enjoyed the debates and topics discussed until on 16th November, the 10 pm show, I came across watching Tolo News Anchor bombarding questions after questions in a very unprecedented way, showing disrespect for the guest speakers. I just, couldn't imagine the unrealistic way of communication as "proper" for a news anchor and with the poor language used it went on to become an extremely ridiculous and rudimentary situation. That's what reminded me of the 'etiquette', its boundary and limitations being shattered in front of the million viewers.

"This @ToloNews anchor is just outright ridiculous. You can ask tough questions, but firing away every 1.5 seconds is not really the way..."

Sarwar Khairee Alizai sharing the official video of the debate on his Facebook profile stating, "

Many others as well have criticized the news anchor and the TV news channel, I keep the same view. For such poor and rude behavior do not fit on such level.

Note: It is quite a shame, Tolo News has removed this video.

Provided below is the link for the video.