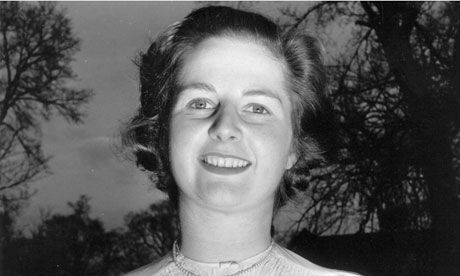 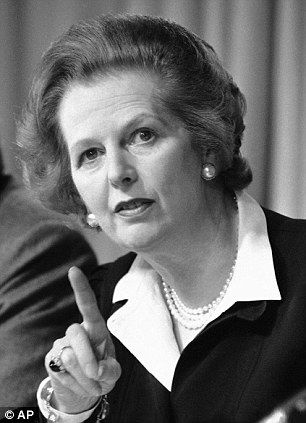 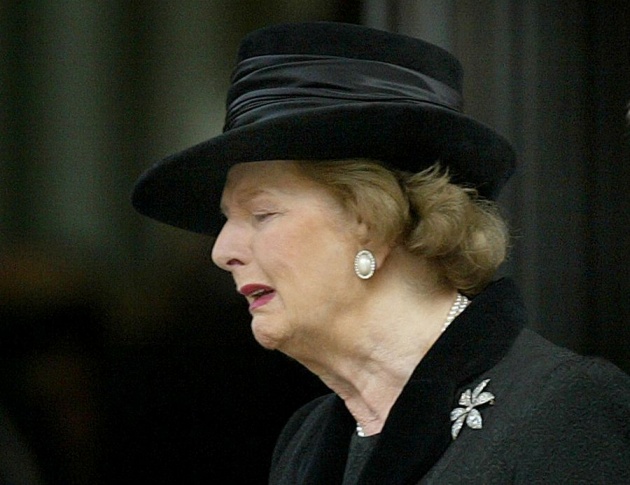 The first female prime minister of Britain, Margaret Thatcher was a controversial figurehead of conservative ideology during her time in office.
Born on October 13, 1925, in Grantham, England, Margaret Thatcher became Britain's Conservative Party leader and in 1979 was elected prime minister, the first woman to hold the position. During her three terms, she cut social welfare programs, reduced trade union power and privatized certain industries. Thatcher resigned in 1991 due to unpopular policy and power struggles in her party. She died on April 8, 2013, at age 87.

Politician and former British prime minister Margaret Thatcher was born as Margaret Hilda Roberts on October 13, 1925, in Grantham, England. Nicknamed the "Iron Lady," Thatcher served as the prime minister of England from 1979 to 1990. The daughter of a local businessman, she was educated at a local grammar school, Grantham Girls' High School. Her family operated a grocery store and they all lived in an apartment above the store. In her early years, Thatcher was introduced to conservative politics by her father, who was a member of the town's council.

A good student, Thatcher was accepted to Oxford University, where she studied chemistry at Somerville College. One of her instructors was the Dorothy Hodgkin, a Nobel Prize-winning scientist. Politically active in her youth, Thatcher served as president of the Conservative Association at the university. She earned a degree in chemistry in 1947, and went on to work as a research chemist in Colchester. Later, she worked as a research chemist in Dartford.

Two years after graduating from college, Thatcher made her first bid for public office. She ran as the conservative candidate for a Dartford parliamentary seat in the 1950 elections. Thatcher knew from the start that it would be nearly impossible to win the position away from the liberal Labour Party. Still she earned the respect of her political party peers with her speeches. Defeated, Thatcher remained undaunted, trying again the following year, but once more her efforts were unsuccessful. Two months after her loss, she married Denis Thatcher.

In 1952, Thatcher put politics aside for a time to study law. She and her husband welcomed twins Carol and Mark the next year. After completing her training, Thatcher qualified as a barrister, a type of lawyer, in 1953. But she didn't stay away from the political arena for too long. Thatcher won a seat in the House of Commons in 1959, representing Finchley. 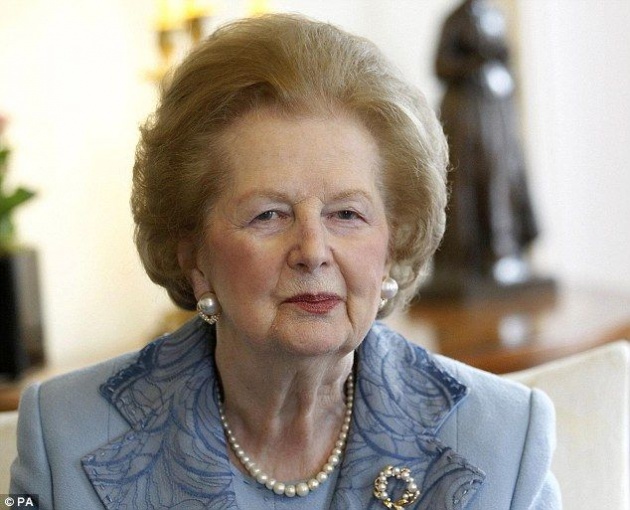 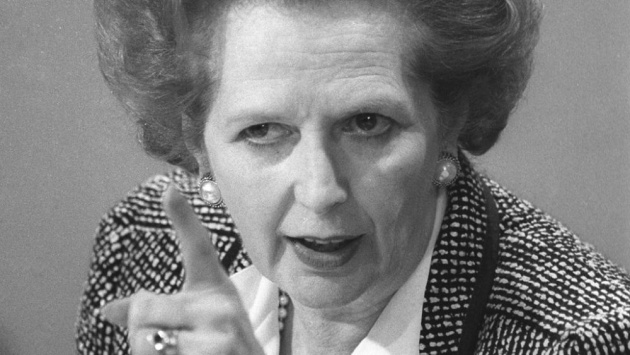 Clearly a woman on the rise, Thatcher was appointed parliamentary under secretary for pensions and national insurance in 1961. When the Labour Party assumed control of the government, she became a member of what is called the Shadow Cabinet, a group of political leaders who would hold Cabinet-level posts if their party was in power.
Britain's First Female Premier

When Conservatives returned to office in June 1970, Thatcher was appointed secretary of state for education and science, and dubbed "Thatcher, milk snatcher," after her abolition of the universal free school milk scheme. She found her position frustrating, not because of all the bad press around her actions, but because she had difficulty getting Prime Minister Edward Heath to listen to her ideas. Seemingly disenchanted on the future of women in politics, Thatcher was quoted as saying, "I don't think there will be a woman prime minister in my lifetime," during a 1973 television appearance. 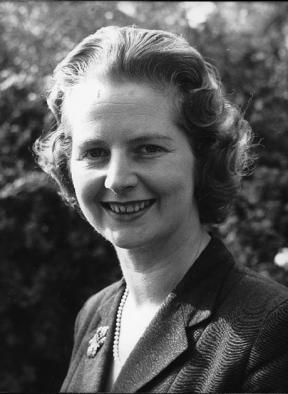 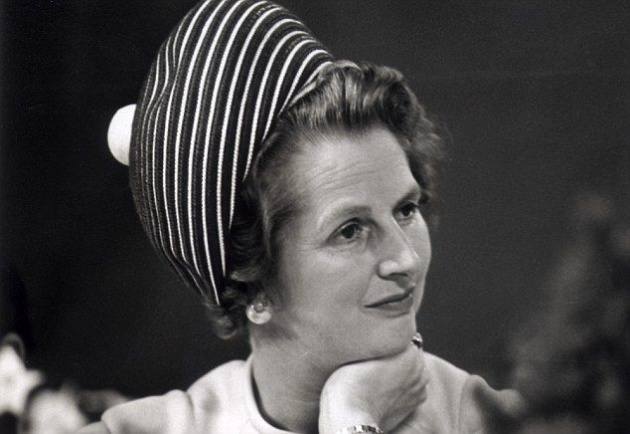 Thatcher soon proved herself wrong. While the Conservative Party lost power in 1974, Thatcher became a dominant force in her political party. She was elected leader of the Conservative Party in 1975, beating out Heath for the position. With this victory, Thatcher became the first woman to serve as the opposition leader in the House of Commons. England was in a time of economic and political turmoil, with the government nearly bankrupt, employment on the rise and conflicts with labor unions. This instability helped return Conservatives to power in 1979. As party leader, Thatcher made history in May 1979, when she was appointed Britain's first female prime minister. 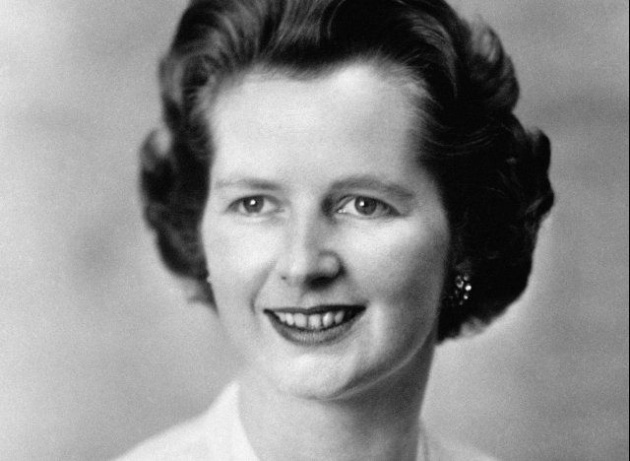 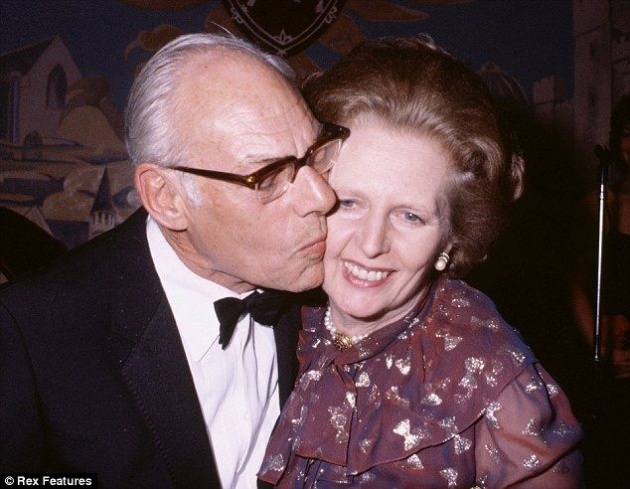 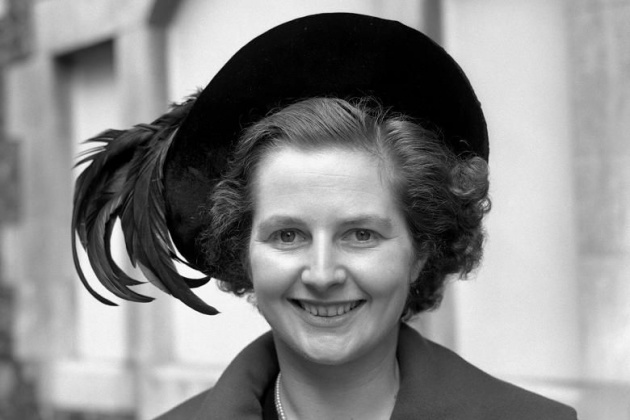 As prime minister, Thatcher battled the country's recession by initially raising interest rates to control inflation. She was best known for her destruction of Britain's traditional industries through her attacks on labor organizations such as the miner's union, and for the massive privatization of social housing and public transport. One of her staunchest allies was U.S. President Ronald Reagan, a fellow conservative. The two shared similar right-wing, pro-corporate political philosophies.

Thatcher faced a military challenge during her first term. In April 1982, Argentina invaded the Falkland islands. This British territory had long been a source of conflict between the two nations, as the islands are located off the coast of Argentina. Taking swift action, Thatcher sent British troops to the territory to retake the islands in what became known as the Falklands War. Argentina surrendered in June 1982.

In her second term, from 1983 to 1987, Thatcher handled a number of conflicts and crises, the most jarring of which may have been the assassination attempt against her in 1984. In a plot by the Irish Republic Army, she was meant to killed by a bomb planted at the Conservative Conference in Brighton in October. Undaunted and unharmed, Thatcher insisted that the conference continue, and gave a speech the following day.

As for foreign policy, Thatcher met with Mikhail Gorbachev, the Soviet leader, in 1984. That same year, she signed an agreement with the Chinese government regarding the future of Hong Kong. Publicly, Thatcher voiced her support for Ronald Reagan's air raids on Libya in 1986 and allowed U.S. forces to use British bases to help carry out the attack.

Returning for a third term in 1987, Thatcher sought to implement a standard educational curriculum across the nation and make changes to the country's socialized medical system. However, she lost a lot of support due to her efforts to implement a fixed rate local tax—labeled a poll tax by many since she sought to disenfranchise those who did not pay it. Hugely unpopular, this policy led to public protests and caused dissention within her party.

Thatcher initially pressed on for party leadership in 1990, but eventually yielded to pressure from party members and announced her intentions to resign on November 22, 1990. In a statement, she said, "Having consulted widely among colleagues, I have concluded that the unity of the Party and the prospects of victory in a General Election would be better served if I stood down to enable Cabinet colleagues to enter the ballot for the leadership. I should like to thank all those in Cabinet and outside who have given me such dedicated support." On November 28, 1990, Thatcher departed from 10 Downing Street, the prime minister's official residence, for the last time.
Life After Politics

Not long after leaving office, Thatcher was appointed to the House of Lords, as Baroness Thatcher of Kesteven, in 1992. She wrote about her experiences as a world leader and a pioneering woman in the field of politics in two books: The Downing Street Years (1993) and The Path to Power (1995). In 2002, she published the book Statecraft, in which she offered her views on international politics.

Around this time, Thatcher suffered a series of small strokes. She then suffered a great personal loss in 2003, when her husband of more than 50 years, Denis, died. The following year, Thatcher had to say goodbye to an old friend and ally, Ronald Reagan. In fragile health, Thatcher gave a eulogy at his funeral via video link, praising Reagan as a man who "sought to mend America's wounded spirit, to restore the strength of the free world, and to free the slaves of communism."

In 2005, Thatcher celebrated her 80th birthday. A huge event was held in her honor and was attended by Queen Elizabeth II, Tony Blair and nearly 600 other friends, family members and former colleagues. Two years later, a sculpture of the strong conservative leader was unveiled in the House of Commons.
Final Years and Legacy

Margaret Thatcher's health made headlines in 2010, when she missed a celebration at 10 Downing Street, held in honor of her 85th birthday by David Cameron. Later, in November 2010, Thatcher spent two weeks in the hospital for a condition that was later revealed to cause painful muscle inflammation. In 2011, she sat out such a number of major events, including the wedding of Prince William in April, and the unveiling of the Ronald Reagan sculpture in London in July. Additionally, in July 2011, Thatcher's office in the House of Lords was permanently closed. The closure has been seen by some to mark the end of her public life.

Battling memory problems in her later years due to her strokes, Thatcher retreated from the spotlight, living in near seclusion at her home in London's Belgravia neighborhood.

Margaret Thatcher died on April 8, 2013, at the age of 87. She was survived by her two children, daughter Carol and son Sir Mark. Thatcher's policies and actions continue to be debated by detractors and supporters alike, illustrating the indelible impression that she has left on Britain and nations worldwide.