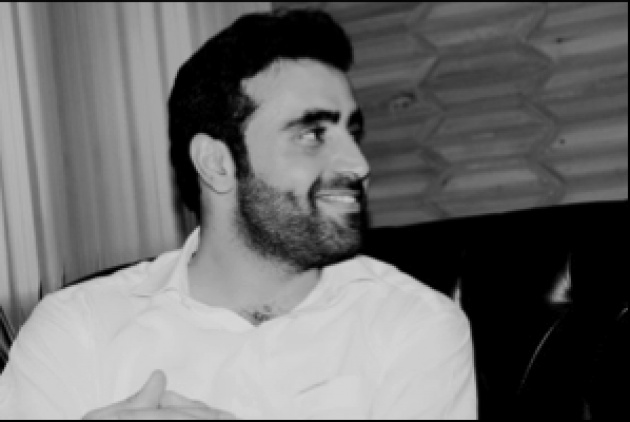 Masood Azizi, born in Kandahar/Afghanistan, started his political career in 2004 when he became a special assistant to the Governor of Kandahar Gul Agha Sherzai. The good results of his work led to a promotion as Chief of Staff of Nangarhar Province by the Afghan President where he represented the province on a national as well on an international level. He was responsible for the poppy reduction program and soon after Nangarhar developed from a province with a high poppy cultivation to a "poppy free zone" and successfully promoted the disarmament of illegal groups. Mr. Azizi was awarded a hero medal by the Afghan President for his job regarding poppy cultivation in 2008. He was also able to reduce the gap between the local community and the Afghan government and built an environment of trust between them. Without doubt his good performance in his job made him a target for insurgents. Additionally, he worked with the central Afghan government, and NATO commanders in Afghanistan for instance with General Petraeus and General McChrystal. During meetings in Europe and the USA he also met many Western politicians - among others US President Obama and George W. Bush junior. Mr. Azizi, holds a BA in Law and a Master of Arts in International Relations from a British University. He has also attended many workshops related to his work, for example about leadership and local governance, media and management. Besides that Mr. Azizi is hard working, punctual, contributed and has leadership skills. He is fluent in following languages: Pashto, Dari, English and Urdo 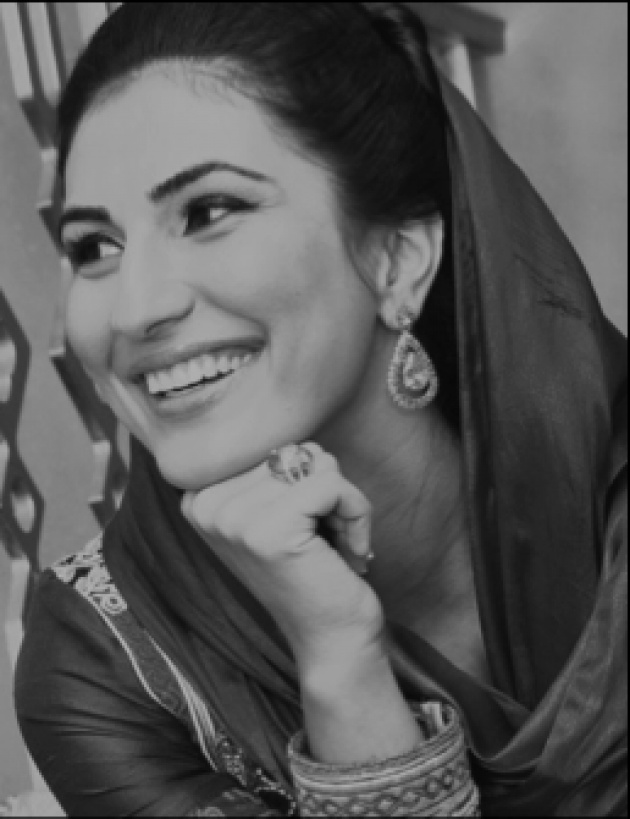 Mariam Wardak was born in Kabul Afghanistan, but raised and educated in the United States of America. Ms. Wardak received her bachelors (with honors) in International Relations, Social Work & a minor in Sociology; shortly Ms. Wardak earned her Master’s in Social Justice Social Change. In Ms. Wardak’s upraising, she was geared toward humanitarian efforts.

Film Annex:  Please tell us a little bit about yourself and Afghanistan Forward.  How did you become personally involved with it?  What inspires you about its mission?

Masood Azizi: I was born in Kandahar,Afghanistan. I started my political career in 2004 when I became a special assistant to the Governor of Kandahar Gul Agha Sherzai. The good results of my work led to a promotion as Chief of Staff of Nangarhar Province by the Afghan President where I represent the province on a national as well on an international level.

I was the leading founder of Afghanistan Forward. I realized that young people are often the key players in changing the course of history. We are  more engaged in mobilizing our peers, families and communities toward a positive change. What inspires me about the mission is the hidden message that young people can be powerful agents of social changes, we (the youth) have the desire and capacity to transform the country---(give you a little secret, we are looking for opportunities to do so.. like this interview).

Mariam Wardak: Im an Afghan American whom returned to Afghanistan to participate in the development of the country. In my upraising, I visited Afghanistan, but in 2004 I worked at the US Embassy for about a year as a research assistant, that’s when my interest in contributing to the country developed strongly. After the completion of my graduate degree, I returned to the country for a career commitment. During my stay, I fell in love with the country more so than before. Upon my return, I struggled for two months in finding a job. I am currently an employee at the Ministry of Counter Narcotics as well as a part time teacher. 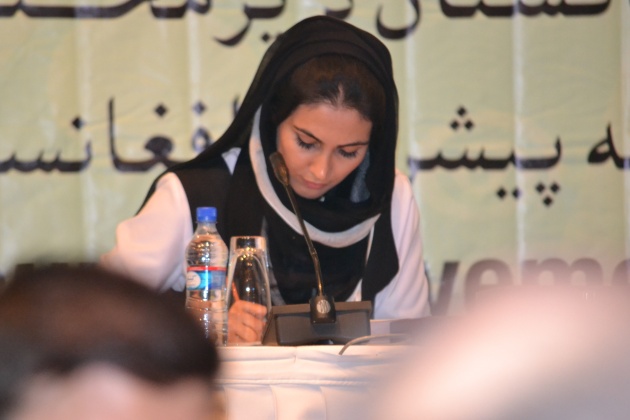 I am extremely involved in the youth scene and during my activities I met the Chairman, Masood Azizi, at an event and we began exchanging ideas. He described Afghanistan Forward and its vision to affect the government system to uphold and preserve constitutionally protected Afghan citizens through the service they provide to the youth. To be honest, it fascinated me because it was exactly what I was looking to be involved in. Mr. Azizi shared a few ideas and after my interest and research in philosophies he offered me the Deputy Chairman position. From that point on, we have been active in events, youth empowerment, and youth involvement and most importantly at this critical point in Afghanistan, voter education. 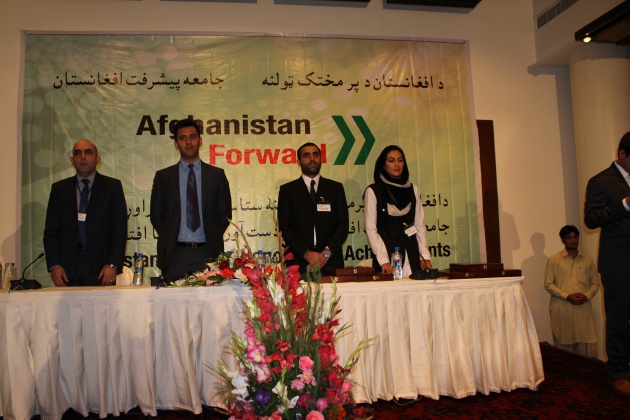 Afghanistan Forward’s mission is a network to unite young professionals and students from different ethnicities to research information from tribal elders, religious scholars and government leaders to collaborate views to bring about a positive change that compliments the religion and culture of the country by the new generation. Allow me to shed some light on the youth population in Afghanistan. According to United Nations Development Programme, 68% of the population of Afghanistan is below the age of 25. This population is the next generation; they face oppression, unemployment, low wages, insurgents, terrorist and poverty in some cases.  What inspired me was that Afghanistan Forward will take what it can to move the country forward and not let the youth of the country become the “lost generation.”

BOTH: In general, the youth in Afghanistan are fun, humorous, energetic, honest, simple and hospitable. The awesome aspect of Afghanistan Forward’s members is that the young adults come together to discuss the problems that their faced with or hometown faces, create ideas to tackle them and draw up detailed action plans, which will then be presented to Afghanistan Forward Board with the hope of generating enough support to bring their proposal to execution.  I have met many non-Afghanistan Forward members who are constantly working toward to betterment of their life and community. Afghanistan Forward envisions the course of the country will only improve in consultation and implementation by the youth.

FA:  Does Afghanistan Forward believe in working with other youth institutions? If so, how?

BOTH: Yes! Of course!! Currently our main focus is on the election. We decided to approach multiple youth movements to be involved in the voter education plan. We approached IDEA, Youth Union of Afghanistan, Eqtedary Foundation and a few other institutions to work together in having events to educate the youth on the coming elections. Thus far, we have been successful in working together with them. We all respect each other very much, assist one another, and depend on one another. Afghanistan Forward recently had an achievement award for a few people in Afghanistan who were recognized internationally. In the event, we had members of IDEA, Youth Union and others assisting us in our event. We were so touched and have developed a whole new level of respect for them. 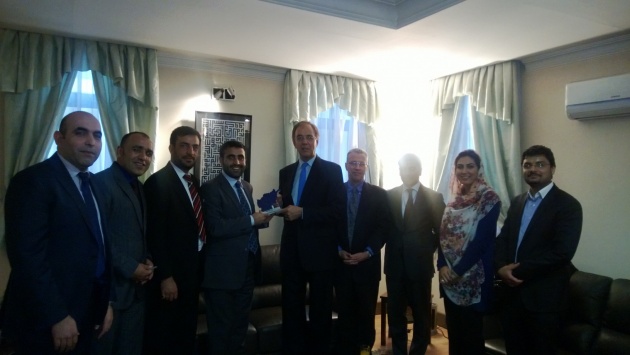 FA:  Based on Afghanistan Forward’s values against corruption, violence and prejudice, and with its emphasis on youth empowerment, can you provide a few examples of how you work toward those values with young people?

Mariam Wardak:  Before my involvement, Mr. Azizi worked very hard against corruption, violence and prejudice. He had an anti-corruption race in Jalalabad, an anti-corruption cricket tournament and a chess tournament with the youth. What really impressed me was how Mr. Azizi held a private work shop in Kabul on how to write request forms and complaint forms to the government on issues the youth had. After my involvement, Afghanistan Forwards board members have bounced ideas to hold a workshop on writing letters to the parliament and presidential office on the youths concerns.

FA:  What obstacles did you face in creating Afghanistan Forward?  Are there obstacles you still face?

Mariam Wardak: The obstacles Mr. Azizi and the team faced in the initial were financial, as everything is paid through our personal assistances. The second obstacle is that it’s the first youth civil society registered by the Ministry of Justice, the obstacle was that people couldn’t understand why we were civil and not political or why we are doing this on our own time and dime. The third obstacle was to have a balance between ethnicities, we wanted a member from all parts of the world, we still struggle in having members from remote provinces. The current obstacle is trying to change the mindset of the population in believing in change through themselves.  The youth know how to speak with authority, but we have noticed that they have a difficult time in believing in themselves. 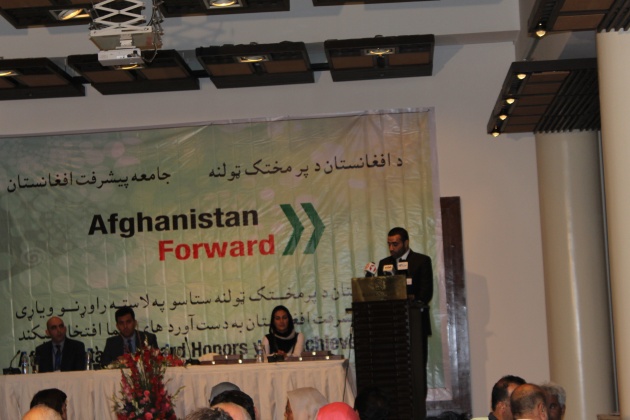 FA:  How will young people be involved in the election process through Afghanistan Forward?

BOTH: Afghanistan Forward is looking for young members to be the ambassadors of change. To each individual there are different priorities, but we all want peace and stability in Afghanistan. We plan with community efforts to have many fun festivities, in which during the events we plan to outreach to them by having ambassadors talk to groups on the importance of voting, their rights, how to register and where to register. The reason we want to apply this method during fun festivities versus lectures to crowns because we don’t want to impose, but encourage.

Afghanistan Forward will hold virtual polls at local universities. Before this, we will help students create their ideal candidate and what they represent. Discuss political advertisement and what it is, develop “how to kit” to help illiterate voters in provinces and more. 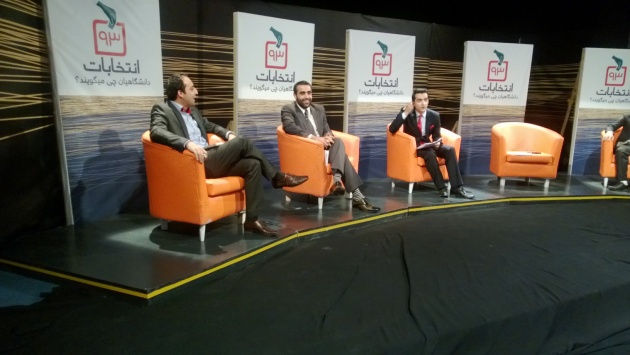 Masood Aziz in a TV interview about Election in Afghanistan

FA:   How do you think Afghanistan Forward can influence the future policymaking of Afghanistan?

BOTH: Young people constitute an important and significant part of the national population, yet this is not reflected in their level of influence and inclusion in public policy making process. Why the level of influence and inclusion is relatively low is an issue that needs to be investigated and subsequently answered with the urgency it deserves, as the current talk suggest that youth in Afghanistan will be the positive change it needs. Through our human right based approach, youth development approach, democracy, advocacy and empowerment, we will act as a pressure group to influence policies in the favor for the population and betterment of the country. 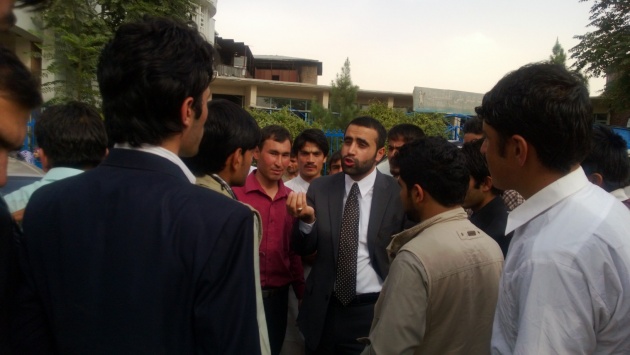