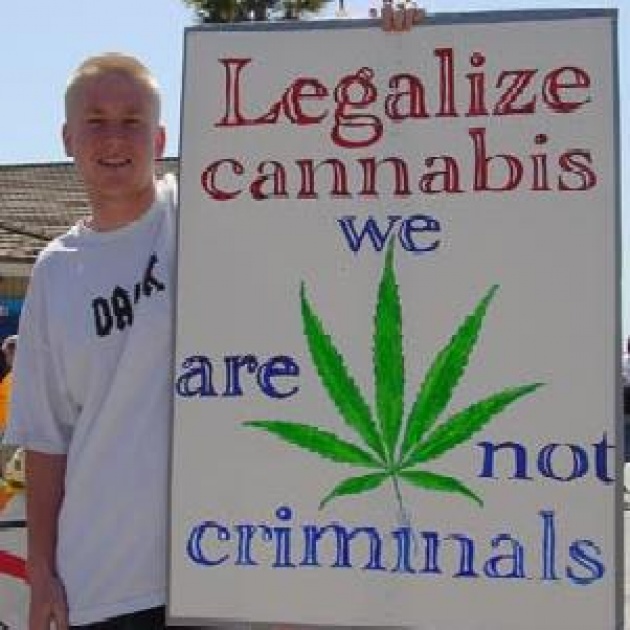 When it comes to Marijuana, people have very strong feelings about the topic. To begin with, let’s address the controversy about legalizing marijuana nationwide. Supporters of the cause argue that marijuana benefits extremely exceed the negative consequences of its use. Meanwhile, opponents make judgmental remarks about the use and legalization of marijuana, asserting that its legalization will create a “society of junkies”. Over the past two decades, we have witnessed that many states have had taken a step forward in legalizing the use of marijuana, but only for medical purposes. That is, individuals are allowed to use marijuana, only if prescribed by a physician, or psychiatrist. In the contrary, to purchase and consume alcohol and/or tobacco, one just have to meet the age requirement imposed by legislators. Unfortunately, our society lives in an erroneous belief, that because tobacco and alcohol are legal drugs, they are more acceptable and less harmful and/or addictive than illegal drugs; but the reality may surprise more than one. Statistics show that only 9% of marijuana users get addicted to it, rather than 25% and 30% of tobacco and alcohol users, accordingly. Yet people still reluctant to believe that cannabis or marijuana, it is by far less corrupting and detrimental for one’s mental and physical health; thus, opposing its legalization. Another issue brought up by opponents, is the notion that marijuana is a “gateway drug”. In reality, according to many researches it is indeed alcohol and tobacco that serves as gateway drugs, and not marijuana as most people affirm. The believe that marijuana serves as a gateway drug derives from its availability. It is commonly seen that hardcore drug users begin consuming marijuana, before they advance to hard drug usage, but this is only because marijuana is widely available, in comparison with other drugs.

Our society tries to excuse their dependency to alcohol and tobacco, despite their consequences; because according to the law, their use is permissible. People tend to overlook the detrimental consequences of the use of alcohol and nicotine, because they see it as socially acceptable. As human beings, we always try to rationalize our behavior, making excuses for doing things that deep inside we know are not good for our well-being.  The physical, psychological, and emotional damage that can arise for the use of drugs; it is the same or even greater in some cases (depending on the drug of choice); whether illegal or not. In the same manner, society tends to condemn individuals who use illegal drugs, labeling them as “drug addicts”, but so are the ones that consume alcohol and tobacco. Additionally, alcohol and tobacco is more accessible to children and teenagers than illegal drugs; and even parents sometimes are the ones offering and buying these two for their children. The abuse of alcohol has shown in numerous occasions to be the cause of violent crimes such as: murders, rape, battery, and also the main cause of driving related accidents. Likewise nicotine and alcohol abuse leads to health issues such as: cancers, heart problems, respiratory problems, and psychological and mental problems, just to name a few. The use and abuse of nicotine and alcohol does not only affect the person(s) who consumes them, but also their family members and sometimes innocent bystanders. Individuals that consume more alcohol that they can handle do not realize they are not only putting themselves in danger, but others too. In the same way people who use nicotine, do not become aware that they are not only contaminating themselves, but also whoever is around them inhaling it; yet the urge they feel outweighs the consequences. It we make comparison on the rate of mortality for each substance above mentioned, alcohol is the number one cause of death among teenagers; tobacco is the second one among all users, however, it has not been proven that currently marijuana has caused any directly related death. 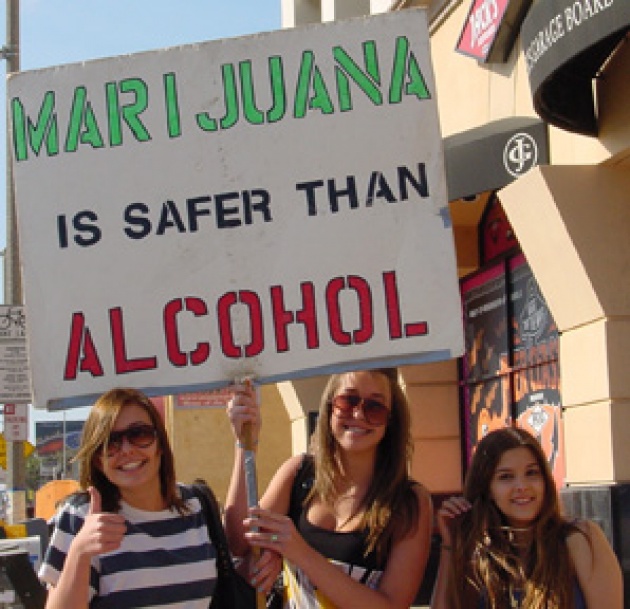 In the other hand, marijuana does not causes an individual to become violent, if used with moderation it can help many mental disorders, such as ADHD, anxiety, bulimia, and others, because of its relaxing effect. Similarly, patients with cancer, HIV or glaucoma are able to cope with negative symptoms, just as many health professionals have disclosed it.  Millions of people could benefit from its legalization, not only those with medical conditions, but the population in general. Marijuana legalization would create revenue. If legalized, consumers could be taxed on it. Likewise, it will create more jobs opportunities, since there will be a demand for crop workers, plus many other work positions that will entail the process of growing, packing, distributing, and selling marijuana. The main problem in legalizing marijuana it is the opposing view of most people, due to misinformation or ignorance in the topic. If marijuana was ever to become legal nationwide, it should not only be available for the ill, but for the public in general. It should be treated such as any other drug of choice; that is, with regulations. Legislatures should approach the legalization in the same manner as it has been done with tobacco and alcohol; however laws have become more punitive and harsher referring to the use, possession and distribution of marijuana. Regulations may include that its use should be only permitted in designated areas; driving while consuming or intoxicated should not be allowed; individuals should meet certain age requirement in order to purchase, and so forth. While legalization battle has a long way to go, information and awareness on the benefits of marijuana consumption should be more extensive and readily available for everyone in general. At the end, marijuana use it will be just a matter of personal choice. 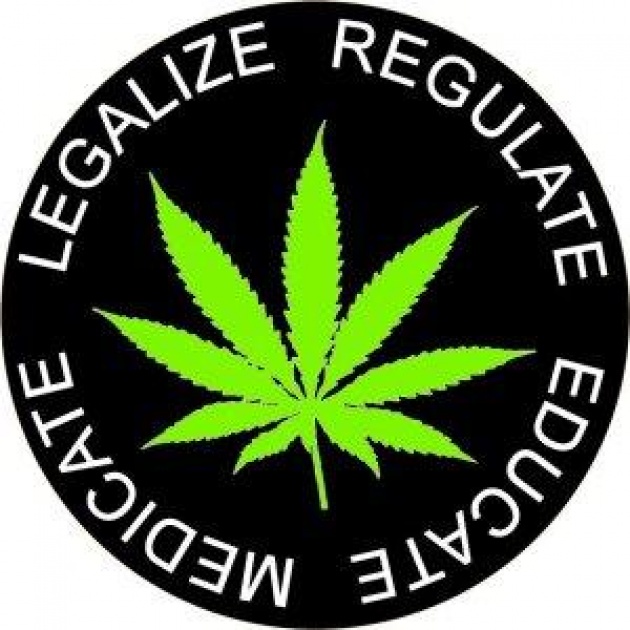 Born in Peru, I was brought to the U.S. in 1992. I have been living in Miami, FL for the past 21 years. Currently I am attending school, majoring on CSI while being a full time mother and wife. Mostly the topics I enjoy are psychology related.I have a fascination…