I finished animating the first stanza of the song earlier this week. The lyrics of this part of the song translate as:

"Everyone calls me Mario but I'm Marino.
Devoid of courtesy but I'm sincere.
I fought a lot on Monte Nero
to liberate the homeland, true freedom."

It sounds much less clunky in Italian.

Below you can see shots of my stand during this scene. At first, we saw the blood enter the frame. The blood was on the lower level, and the focus was on it. As the hands appear on the top layer, the focus changes to them. The hands pause, then drop the gun. As it drops the gun shifts from the top to the bottom layer, landing in the pool of blood, and the focus goes with it.

These focus changes looks really nice in the final shot, and it's probably the thing I'm most excited about right now. 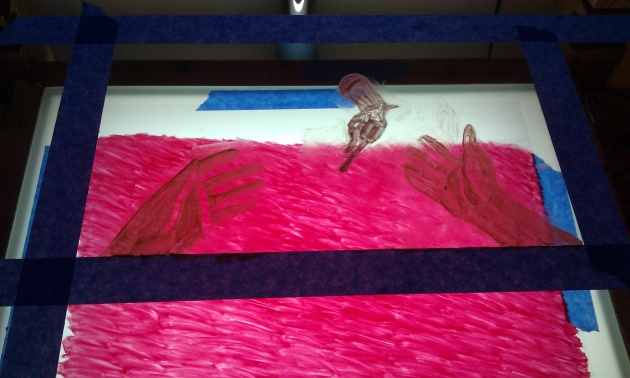 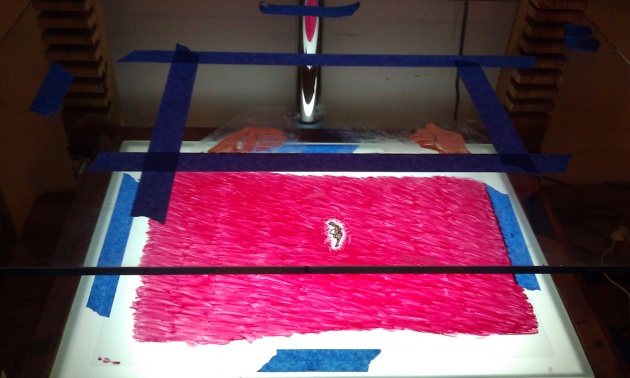 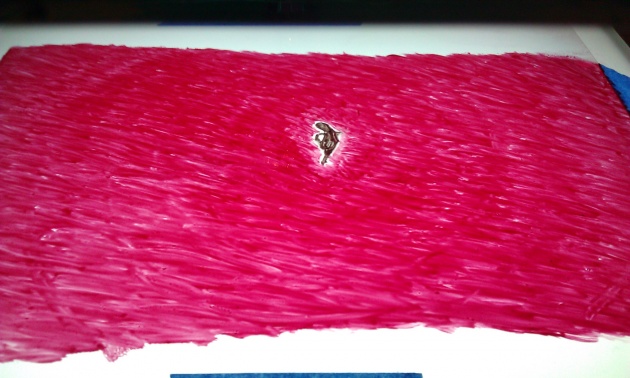 In the second photo you can see very clearly the texture of the paint on glass. This shot was a little tricky because as soon as I covered the lower level with blood, that blocked out a lot of the light coming from the lightbox below. This meant that no matter what color I painted the hands, they came out darker, so I had to be really careful to make them very light. I realized that if I cut into the hands with a Q tip, it helped depict the shape of the hand better.

All in all, hands are hard! This shot took me longer than expected. I don't think I have any more hands in the rest of the film.