Those of you who know my work know that I recently made an animated film using marker on glass. This is a nine minute film called They Look Right Through You which I finished in January. I really liked the technique because the marker is so easy to lay down on the glass, and comes off very cleanly with a Q tip also.

When starting Mario I was thinking I would go in a more traditional paint on glass direction - meaning a lot of paint, and thick, like an oil painting. But I recently had a breakthrough that allows me to combine the two in an interesting way.

This is the stanza I was animating: "My first day off, I saw her, and she was with a sailor. She said: “Mario, my lovely Marino, I am engaged to him, I can not leave him.” 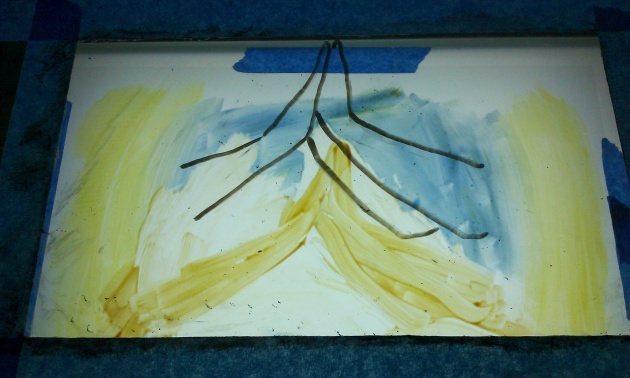 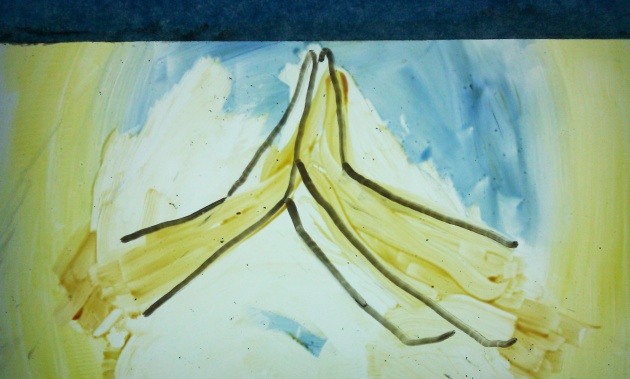 In the top photo you can see I have clean marker on the top layer, and messy paint on the bottom. The second photo shows you roughly what the view through the camera is. I really like the contrast between the two mediums. I feel like the marker keeps the movement on track, while the paint can be as messy as it likes. Also I can play around more with the top or bottom layer being out of focus, which is fun. In this scene I'm rotoscoping footage I took of myself and my housemate playing the hand slapping game that, at this point, you can hear in the soundtrack. 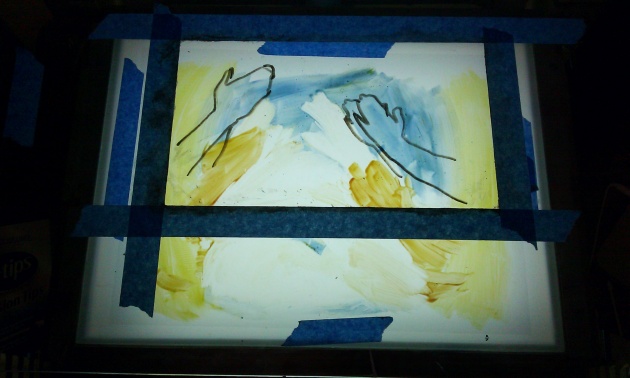 Here is a different part of the scene. 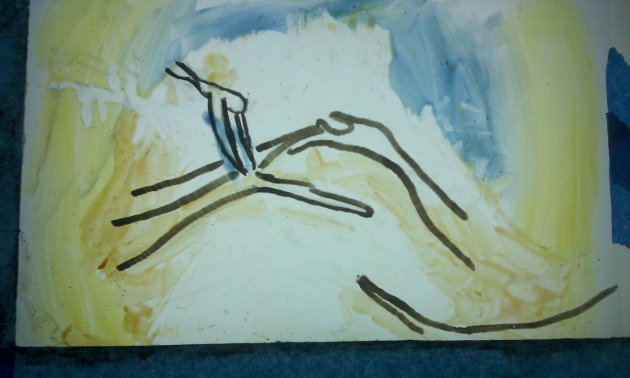 At a certain point the swallow swoops in and the arms go all wonky. 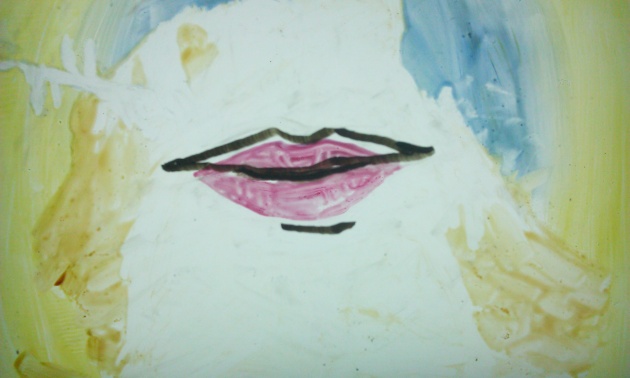 The bird turns into a mouth and we see the mouth lipsynching the words the girl is saying in the lyrics. This is only the second time I've rotoscoped for dialogue, and the first time in Italian! 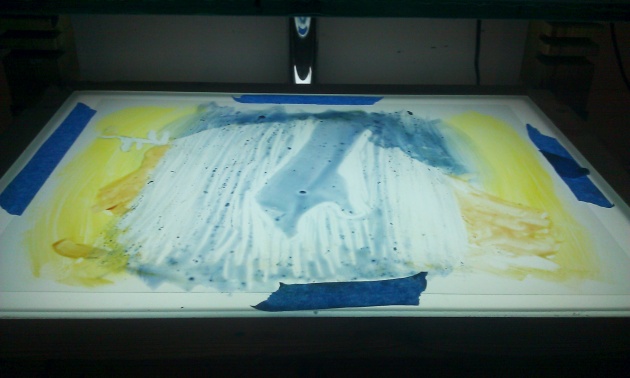 The girl's arm and hand fly into the scene as if the camera panned down to them. The hand she is holding is revealed, and the scene gets covered in marker as a fade out. 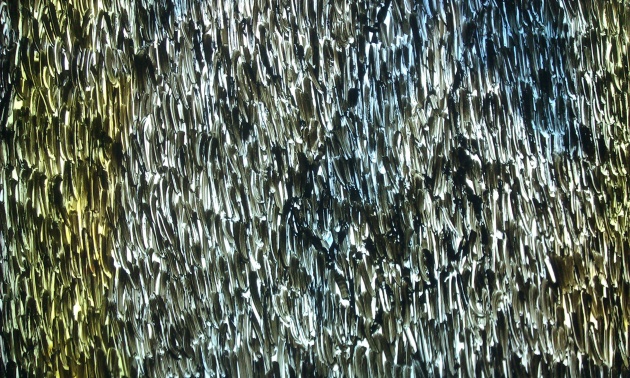 Oh ya, I had to mutilate another brush, this one comically giant. I feel like I'm saving lots of space and weight, like a hiker. Good thing too, because I will soon be packing up some supplies for my move for an MA course. More on that soon. 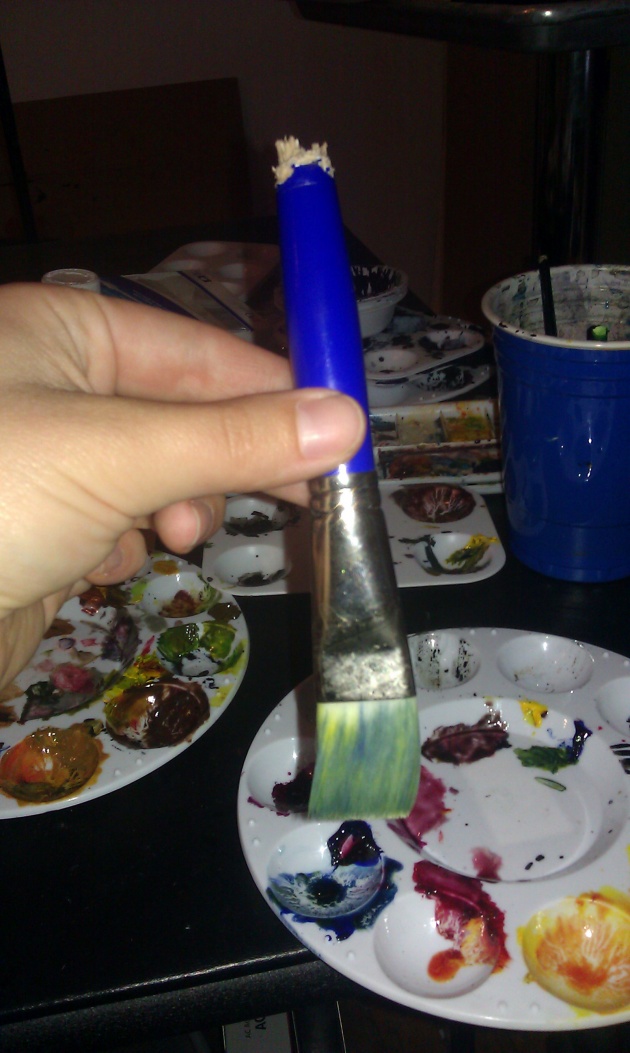