Successful people are examples for all of us. We guys get motivated by putting an eye on the stories of legendary peoples of all times. All of us are familiar with Mark Zuckerberg; this article is all about Mark. It will surely add to your knowledge. Let’s have a look.

All of us are well familiar with the most active social media site Facebook. This site drastically grows in few years. People are using this site more than any other application. It revolutionized the history by joining all the peoples of the world. Now anyone can connect to anyone sitting anywhere in the world.

WHO IS MARK ZUCKERBERG?

"Mark Elliot Zuckerberg is an American computer programmer and Internet entrepreneur. He is a co-founder of Facebook and currently operates as its chairman and chief executive officer. His net worth is estimated to be the US $76.6 billion as of January 2018, making him the fifth richest person in the world."

Mark Zuckerberg is the man who created this site known as Facebook. Mark Zuckerberg is an American computer programmer and entrepreneur. He is the youngest billionaire on the planet who created this social network. He is the founder and also the current chairman and CEO of the Facebook. He made great efforts and make use of all his skills to create Facebook. The idea was initially to ease very few people and then it spread in the whole world. Let’s see how it gets giant.

Mark was born into a well-educated family and developed an interest in computer programming at an early age. At the age of 12, Zuckerberg created a messaging program named Zucknet. He implemented zucknet as an interoffice communication system for his father dental practice. He uses his capabilities from his childhood with few basics ideologies.

He loves programming since his childhood and as his parents were familiar with his skills, they send him to Harvard for learning more about programming. They want him to learn more about his interest. Thus, Harvard was the best option.

While many intelligent people attend Harvard University, Mark Zuckerberg has quickly become a computer programmer on campus. His skills were getting famous all over the school. In his second year, he already built two programs. These programs were much beneficial but university closed these programs.

Then  Zuckerberg worked with friends on campus to create a social networking site where Harvard students can network. This site was successfully done and connects the students of Harvard in 2004. This site was named Facebook. With the help of this site, the students were able to connect with all the fellows by just one account. In the initial stages, the site was purely for the students of Harvard, but Zuckerberg and its companions saw the potential for it to become increasingly widespread, and so they made the decision to make it available to other students.

The site was opened for everyone. The site escaped the boundaries until it became the social utility that anyone can sign up to today’s world.

After that Zuckerberg dropped Harvard and to call facebook full time. He wanted to give all his attention to Facebook so that this site can be improved. At the end of 2005, Facebook was getting broader and its users were increasing enormously. Facebook reach 5.5 million users in 2005. Zuckerberg site was flourishing day by day.

Different companies and sites wished to work with Zuckerberg as Facebook was progressing by leaps and bounds. Since 2005, Facebook had received many acquisitions from the likes of  Yahoo! and Microsoft has been through legal battles and has increased the number of its users all the while. Facebook launched a high school version, which Zuckerberg called the next logical step.

At that time, high school network must an innovation to join. Facebook later expanded membership eligibility to employees of several companies, including Apple Inc. and Microsoft. Facebook was then opened for everyone with a valid Email address.

In 2013, the total income of Facebook was $1.5 billion. And then in just after two years in 2015, the worth of this social site reached to the surprising figure of $15 billion. And hence, everyone is familiar with the creator of Facebook called Mark Zuckerberg. His name is now known to almost every 2nd person in the world as Facebook is globally recognized.

Meanwhile, the success of Mark never stops here. In 2014, Mark took another step forward and purchased yet another application used these days and that is Whatsapp for $22 billion. This site is the most application that is found on almost every smartphone. 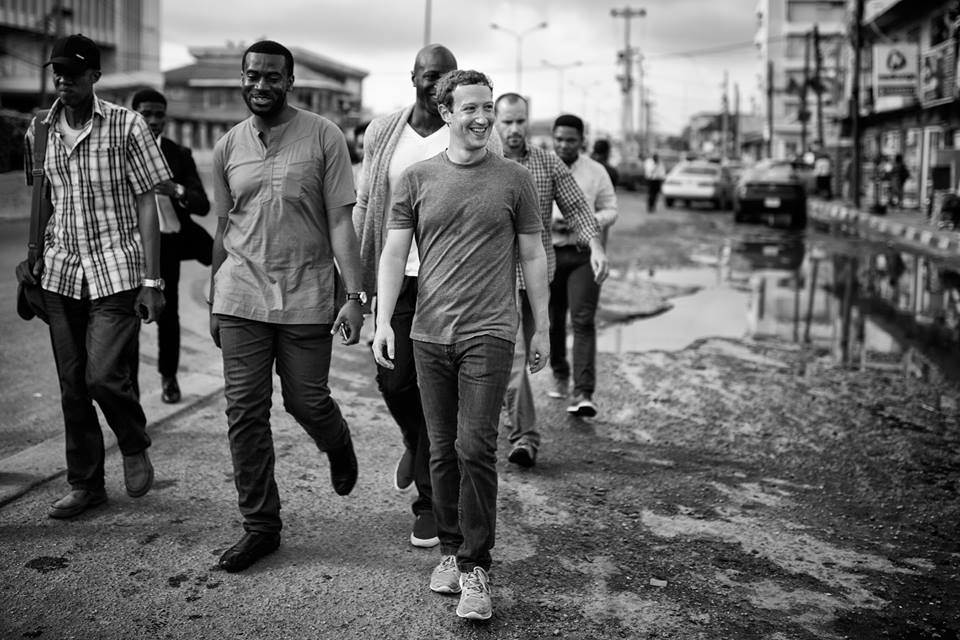 Besides all the successes of Mark, he married in 2012 and was blessed with a daughter in 2015. Being a successful businessman and billionaire Mark is known to be a very humble person. He is much kind and generous that mostly he donates his wealth for the welfare of needy people.

He donates enough percentage of his income to different organizations. This reveals that Mark Zuckerberg is a very kind-hearted person, who is not greedy at all. He is living a peaceful life with his family. He has covered the distance of thousand miles of success at a very young age. He is surely an inspiration for all the youngsters.

Few things that we can conclude from the life of Zuckerberg include:

(1) The action is important in order to get things done.

(2) Making decisions at right time is important because time management is really important for getting success.

(3) Success can plateau; your ideas don’t have to.

(4) If you have a strong desire for something, then nothing can stop you from achieving that.

This journey of Mark would not be much easy for him also. He might face different problems during his journey. But, what he got is a gigantic success after passing through tough times. Tough times polish the abilities of a person and then he gets to wash off. This story is the determination and love of a person towards his interest which makes him able to reach a height of stars. Mark is truly a youngest legend of all times. Down here is a video of Mark that can motivate you.