The Mayor of Toronto has just announced a leave of absence in order to seek help for substance abuse. More than 10 years ago, Rob Ford was my football coach. That year he got into an argument with a fellow City Councillor, calling him a “Gino-Boy” in council. He then came to and ran practice. Afterwards, he told us to take a knee. He explained what happened, that he lost his temper and the story will be in the papers the next day. He thought that we should know because we were taxpayers-or at least our parents were-and as an elected representative, he was accountable to us. I knew then that he would one day be Mayor.

He lied about his crack usage the first time. Another video shot recently apparently shows him using again. He is now seeking help for substance abuse, apparently for alcohol. When he admitted to smoking crack, it was during one of his “drunken stupors”. He has not resigned from office, nor removed himself from the upcoming election and I don’t believe he will. 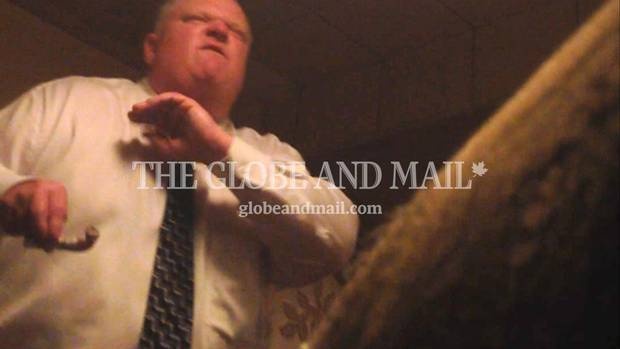 As Mayor, if you have a problem with almost anything, you can call or email his office and there is a very good chance that he will either personally take care of it, or ensure that it will be. To put this into perspective, Toronto is the 4th largest city in North America. The mayor of New York City, Los Angeles or Mexico City will not respond to your emails about road construction in your neighbourhood. Rob Ford will. That is why people love him and that is why no one should be surprised that even after all of this, he will probably still win in October. In the mean time, the people of Toronto should respect his privacy during this time and sincerely wish him nothing but the best.

I am a University of Toronto student and aspiring politician. I believe that there are always two sides to a story and attempt to actively seek out the less popular opinion. I do not expect everyone to agree with me, in fact I encourage debate but lets keep it civil.…

The Golden Girls from the Brazillian Rithm Gimnastics, Beautifull presentacion on the Pan American Games Toronto

In all professional courses every employer is expecting standard in the education. In this connectio…

Homelessness in Pakistan and Canada

On any given night, 35,000 Canadians are homeless.Reuters It is hard to believe, but it's true.…

Along with the news that the zombie film Maggie, starring Arnold Schwarzenegger and Abigail Breslin,…