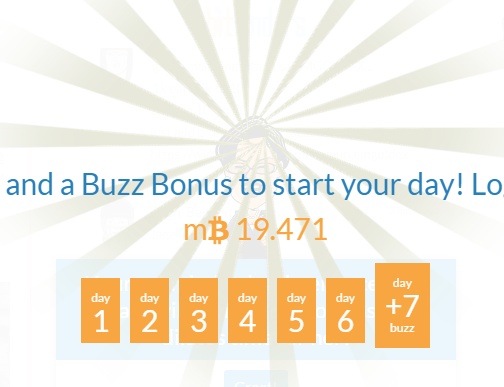 Surprise! I am a bit sad that my earnings last night has dropped from a big amount of 27mB to this but it is still a good one though. It just that because I wasn't able to get enough number buzzes compared to the other day, this had happened. Let me show you why I am saying that it is the buzz that is affecting our score. I have here my buzz score trend for the three previous days: 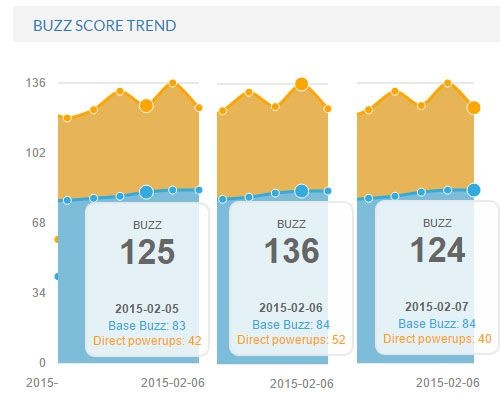 Alright, as you can see, my buzz score is fluctuating. It had increased and then decreased again in a matter of three days and what is the main thing that is controlling this is the direct powerups, my base buzz score is definitely good, the graph shows me that it is increasing, I got 83 for the fifth of February, 84 on the sixth and it stayed the same yesterday but my direct powerups is not constant. This is the reason why I would love to see what comprises those direct powerups, maybe a breakdown of the points will do so we can trace as to where we had received them. Some came from blog reviews, gallery or video reviews, then there's also invites and quests and a lot more depending on bitlanders' gimmicks.

Anyway, I am looking forward to getting more buzz points hopefully today. I have to submit more blogs so I now.