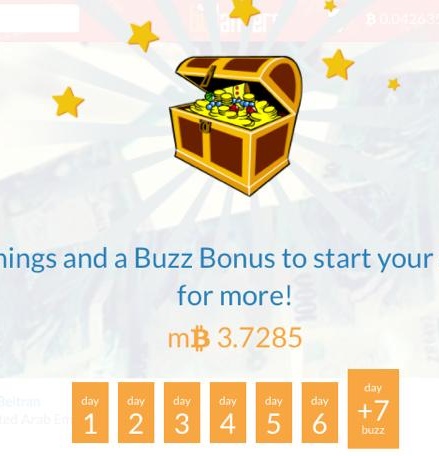 I am not sure if this is what the gems had been doing to my account or what but I had noticed a great increase to my bonus scores even without that much activity compared to before. I recall when I had been very active with buzzing and commenting here in Bitlanders, my bonus score had increased from one point something until it reached something like three and above.

But lately, there's a sudden change in my activity here in bitlanders, basically it is more of because I don't have a stable connection compared to before, I can't post videos or blogs the same way as before and I can't comment nor buzz the same way as well so I thought I won't be getting big buzz scores.

When the Christmas costumes were released, I was thankful I bought them and because of that, I got such high scores and even received seven something score. Then after getting a huge profit out of buying the stuff, the gems were introduced. Even without really knowing the clear usage of these gems, I still bought them and I noticed that even if I don't have much interaction and posts, I am still getting this score.

I guess it's because of the gems. I am not pretty sure though but I am guessing it is the culprit. I will continue to observe it.