Meet the 100 people hoping to live and die on Mars

Meet the 100 people hoping to live and die on Mars 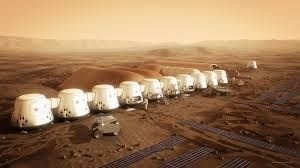 We're one step closer to finding out who could be the first humans to live on another planet. Mars One, the private organization planning to find and train a group of four astronauts to send on a one-way trip to Mars, has reached the third round of its selection process and has narrowed its shortlist down to 100 hopeful candidates.

The group includes people from all over the world: 39 hail from the Americas, 31 from Europe, 16 from Asia, seven from Africa, and seven from Oceania. Individual profile pages and video diaries show that they vary in background and age, from 20-year-old Bolivian Zaskia, to 60-year-old Pakistani Reginald, each expected to live, work, and die on Mars as part of a tiny outpost on an otherwise dead planet if they're successful in the program. 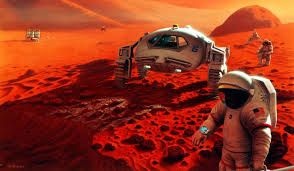 More than 200,000 people first applied for a place on the project, a privately funded expedition that aims to put a group of colonists on Mars by 2025. That group was first whittled down to 1,058 in December 2013, before being reduced to 660 people by February 2014. The remaining 100 — 50 men and 50 women — now move on to further selection rounds that the Dutch not-for-profit organization says will "focus on composing teams that can endure all the hardships of a permanent settlement on Mars."The details of those rounds have yet to be revealed, but Mars One is planning to structure the selection process like a reality TV show, filming the trials and allowing the audience to help with the selection of candidates in the later rounds.

The organization has tried to raise funds for its planned mission in a number of ways. In addition to soliciting for donations and offering the broadcast rights to its trials to TV networks, it began an Indiegogo campaign at the end of 2013. Mars One looked to raise $400,000 at the time, money that would have been going to Lockheed Martin and satellite company SSTL for a planned unmanned test flight to the red planet in 2018. The campaign fell $100,000 short of its goal, but Mars One is still forging ahead with its mission to find people a new home on another planet — the group says it will run another round of tests in 2015 with the aim of finding people willing to leave their homeworld and never come back, should one of the finalists drop out.