Meet the futurists: People who 'live in the future' 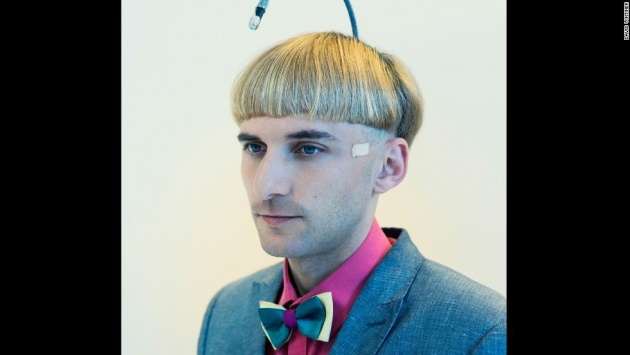 You might call it a kind of social movement: They call themselves, futurists.

"I'm essentially living in the future," says Anders Sandberg -- a research fellow at the Future of Humanity Institute at Oxford University. "I'm trying to think ahead. But prediction is really hard. The interesting questions is: Can we learn what we are actually able to predict and which areas we should give up on?"

More stories about the future of science, tech and medicine

Some futurists go one step further. They experiment on themselves.

"We are not the endpoint of evolution. We should enhance ourselves," says Dr. Andrew Vladimirov. Based in the United Kingdom, Vladimirov conducts research on himself and others using a device that shoots an infrared laser beam through the skull into the prefrontal cortex of the brain. The device is designed to learn more about "what our brainwaves are for and what is consciousness," Vladimirov says.

Pioneers: Will gene "editing" change society as much as computers?

Then there's Neil Harbisson -- a self-described human cyborg who had a doctor surgically implant an antenna into his skull in 2004. Based in Catalonia, Spain, Harbisson says the antenna allows him to hear colors. For example, blue sounds like the musical note C, or C sharp, he says.

What's a futurist? Depends on who you ask. Vladimirov says futurists are basically trying to alter the course of events at least 10 years ahead or more.

Self-described futurist Amy Webb writes that they're "a lot like journalists. Except that rather than reporting on what's already happened, they report on what's starting to happen on the fringe, and they analyze that information within the context of our many changing environments."

Is the movement political? If you're Dirk Bruere, secretary of the UK's Transhumanist Party, the answer is yes.

For more about the cutting edge of science, technology and medicine go toCNN.com/Pioneers.

Genetic engineering will present difficult legal, moral and ethical questions for lawmakers, Bruere says. Futurists need a party in the same way the Green Movement did, years ago, he says.

"The fact that it's been very successful in influencing policy worldwide suggests maybe transhumanism can do the same."

Bruere hopes to see his party get 5% of the vote in parliamentary elections next year.

The power technology can have on human psychology can be profound. That connection is the subject of research by psychologist/neuroscientist Dr. Caroline Falconer of the University of Nottingham. She's developing ways to use virtual reality to treat depression by having patients wear a head-mounted, high-definition, 3-D display and a suit that allows full-body computer tracking.

Patients use this gear to spatially substitute their own bodies with an avatar. Then, Falconer guides her patients to work with their avatars on developing their self-compassion.

Tiana Sinclair says she can control a small flying drone with her mind.

"Essentially the drone is like a huge biosensor," says Sinclair, a UK-based start-up founder. "It's like a huge EEG device" that senses alpha and beta brainwaves. She says the drone is easier to control while trying to remember something structured, like an equation or a song.

"But really, futurism isn't about the gadgets, it's about the cultural change and impact," Sinclair says. "I'm kind of a big believer that the world is a little bit broken and we can solve its problems with the use of technology."