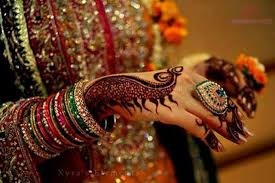 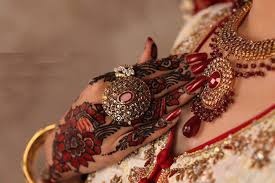 Mehndi also named as Henna is a type of colorant paste which is filled in any applicator such as cone like tube and applied in patterns and designs on the hands and feet of men and women . This word comes from sanskrith word . The first use of mehndi is described in Indian holy books it is considered to be a holy tradition to apply it on hands feet and even in hair also .it give a temporarily color to hands . In early days it is only used by women but as time passes it is also used by men . For more five thousand year its application is considered as a symbol of good luck, health and married women . 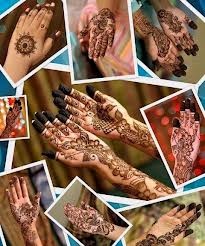 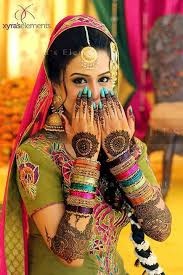 In early years it is made by grinding fresh henna leaves on grinding stones and add oil in it it has no harmful effects on skin and works as conditioner on hair . But with the progress of science and chemicals . Dingolfica sudolphi chemical is used for better color . The henna is wet to make a paste by adding lemon juice and some tea tree oil. Almost all other ingredients are used for texture, and smell . 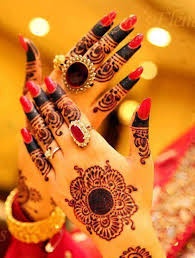 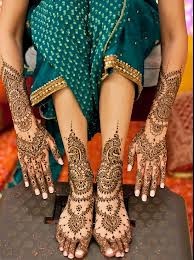 There are three main types of henna that are cone mehndi ,red mehndi and black mehndi . All of them have different composition , different applicators , and different colors. The main categories of mehndi designs are Indian designs , Gulf designs and Turkish designs(also known as tribal designs) . As it is being famous in many parts of the world so non-traditional patterns are also in trend which includes hearts, stars and other western symbols. Some artists have expanded its color range by adding body paint in colors other than the henna brown color. Some are now applying gems and glitter paint in mehndi designs for more embellishment.  The final color henna is redish brown . It is also used as tattoos . 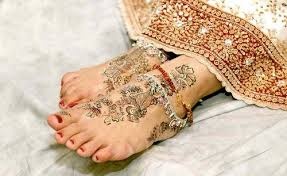 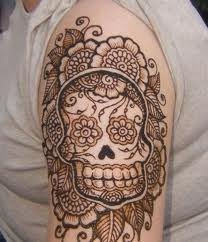 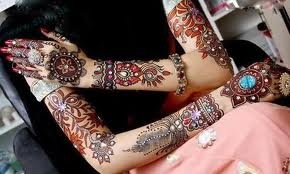 The main applicators through which mehndi designs are applied are plastic cone or a paint brush ,a small metal-tipped  bottle and now injections are also used for applying black mehndi . 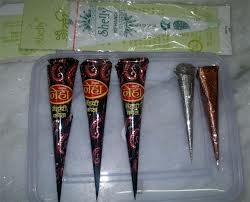 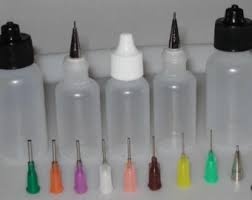 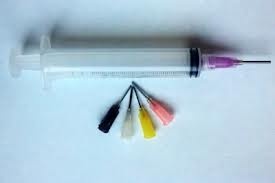 The mehndi are typically applied to brides before wedding ceremonies. The bridegroom also apply it in some parts of India. Muslims in Pakistan also started to use it as influenced by Indian culture it is now also used in some Gulf States, where on the night before the wedding night  the bride is decorated with henna, and called "Henna night" and  'hen party' in the Western countries The bride , relatives and also close friends of the bride have their hands, arms and even feet decorated with henna. In the Middle East and Africa, women apply it on their fingernails and toenails and also on their hands. 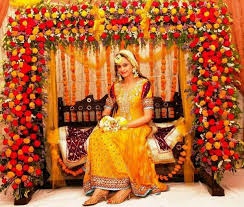 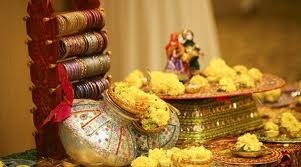 In Pakistan and India it is apply on the marriages and on religious festivals .An Indian or Pakisani bride is incomplete without mehndi . I also like it specially its scent and colour .