This blog is about my new film 'Meiyo to shi' including research into the subject, the reasons for doing the film, any influences and also the style of the film

The story of this film I want to be open to audience interpretation, therefore I will not be talking in too much depth about the story. I want the story to be open as this film will be attempting to imply a story rather than just tell it out right, therefore the the events of the film may be interpreted differently by different people. If I was trying to tell a straight story and the audience watching the film didn't really understand it then I would feel like I have failed and the audience wouldn't enjoy the film as much. If I write a story and merely imply it in the film then the Audience may have interpret it differently and have their own story, rather than failing to understand mine.

This film will have no dialogue; this is the reason I want the story to be open, as it is very difficult to tell a story, and say that there is a set story, when a character doesn't speak. The narrative of the film will be told through a poem which I have written that will help set up the character of the film and his motivations.

The reason I want to do this film as I want to attempt to change people perceptions of what a samurai film actually is. When you ask someone about a samurai film, a majority of the time they will talk about violent action movies like Kill Bill, The Last Samurai or Thirteen Assassins, which are good movies in their own right but they are not samurai movies. The movies I think about when someone mentions samurai films are films from the 50s and 60s, in black and white and extremely slow paced. If anyone went into one of these films expecting an action movie they would be hugely disappointed, but that’s because samurai films aren’t about action. Yes most of the samurai movies do have duels between rival swordsmen but these are mostly brief. Classic samurai movies are about honour and respect and telling a story, while also having extremely dark and brutal endings. I want to show people that the samurai movie is about so much more than action.

This film has many inspirations, many of which were made by Akira Kurosawa such as Seven Samurai (1954), Throne of Blood (1957), the Hidden Fortress (1958) and Yojinbo (1964). The main inspiration for this film though is Masaki Kobayashi’s 1962 film Harakiri (not to be confused with Takashi Miike’s 2011 remake Hara-Kiri: Death of a Samurai). I want my film to be representative of these films in the visual style, the sound design, the story and also the story telling.

The visual style for this film is going to be representative of the films that inspired it, Black and white but also with some beautiful cinematography. The only difference being in the films that this is based on, a samurai would commit Hara Kiri at a temple or a garden whereas my film is going to have a completely black background to show the characters isolation and also to show the darkness of the act he is committing. The only thing I will be changing about the visual style is that many of the old samurai films has a lot of screen flickering and screen shake; These films were never big budget films when they were made and the film has aged therefore this effect is present in the DVD copies of the film. I may experiment with effects to replicate this but the plan is to keep the cinematography clean.

The sound design for this film, to continue with the style of the film, will be very simple. The only sound effects will be the unsheathing of the sword, a stabbing sound and the sound of the main character in pain. There will be no other sounds except for the music. The music will be made up of a song played on a Chinese xiao flute which I will be writing and recording and a song called Sakura Sakura (which is an ancient Japanese song) which I will be playing on a ukulele).

The target audience for this film is representative of the films I am trying to prove aren’t real samurai films. Kill Bill is a strong 18 rating therefore only people above 18 can legally watch it however in today’s society people under that age will have seen it. The other films mentioned are The Last Samurai and Thirteen Assassins, both of which are 15. My film, although the subject matter is mature and quite violent, the violence will never be gratuitous in order to in keep with the genre of the film. Therefore the target audience of my film will be 15-35 year olds; statistically the people who are fans of the classic samurai genre are between 25 and 35 year males but my film is 15-35 year olds so that the people that watch films like Kill Bill and The Last Samurai will watch this film as well. Also a majority of the people that watch both the classis samurai films and films like Kill Bill and The Last Samurai are males therefore males will be my target audience. 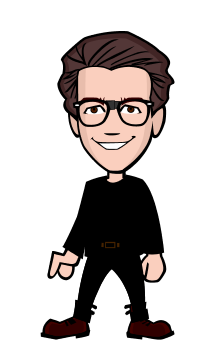 I am 20 years old and am currently in my second year at Staffordshire University studying Media (Film) Production. I have learnt many skills about the film production process through my studies but the roles that I am most passionate about are writing and directing or being assistant director