Mercedes Aragonés on Sustainable Philanthropy In Mexico and Central Asia 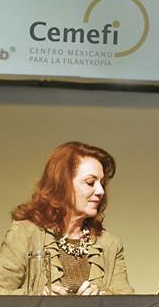 Mercedes Aragonés is currently the Chairman of the Board of the Mexican Center for Philanthropy (CEMEFI) for the past four years; before that, she was President of its Corporate Social Responsibility Committee, and member of the Council of the Alliance for the Entrepreneurial Social Responsibility (AliaRSE), that attracts the most important and influential Mexican business and entrepreneurial chambers.
Very recently she became a member of the Citizen´s Council of Economical and Social Development of the City of Mexico.

MA: I am the daughter of two war refugees (Spain Civil War) and I was born in Mexico. I grew up with the talks of how they rebuilt their lives in Mexico and how grateful they were of this opportunity and also how awful and terrible is war and hate among brothers. So I want the best for my country and the best for the human beings.   If you add these thoughts to my CV you will have the explanation of my performance in life. Or so I hope.

Regarding legislation, Cemefi has taken several courses of action. Among the most important ones were the promotion of the treaty to avoid double taxation between Mexico and US, which was later signed and the draft of the Philanthropic Sector in Mexico Bill which is now the current Law that promotes and regulates civil society organizations.

FA: Can you give us some information about the Mexican Center for Philanthropy and the inspiration behind this organization?

MA: The Mexican Center for Philanthropy /CEMEFI) was founded 25 years ago when the coordination and capacity building of the existing NGOs showed a big lap.  It was the visionary idea of a successful Mexican business man, Manuel Arango.
Cemefi has been a key actor in the  philanthropical advance in Mexico. It promotes and coordinates the efforts made by  organizations in the sector and constantly works on the improvement of its fiscal and legal framework, its transparency and effectiveness, research and measurable results, growing numbers and the construction of a well organized net of institutions working for the public good.
Since its foundation, philanthropy in Mexico has increased exponentially ( from a mere thousand  NGOs with tax exemption receipts to more than seven thousand today). Cemefi has developed standards for the NGO´s performance and more professional volunteer work, (Cemefi launched a website that linked volunteers to organizations,  increasing  its numbers and efficiency).
Since 13 years ago, Cemefi has promoted among companies the knowledge of social responsibility and the number of socially responsible businesses has increased, from  17 BSRs in the year 2000 to 774 in 2012, with a very strict evaluation of its performance. Corporate giving has increased notably, according to official data, corporate foundations donated 32% of total grants in 2010 and are 26% of the grant makers
25 years ago there were no official numbers, today we can rely on official data provided by the recently launched government account, promoted by Cemefi.
Research on philanthropy is another of our subjects: gran tmaking foundations, legislation, voluntarism, corporate social responsibility and general information on Philanthropy, among others. Cemefi was the first to create a CSO´s Directory which today includes more tan 23,000 registries and has the most important philanthropic information center, with a philanthropy library, number one in the country.
The international collaboration of Cemefi with other countries began with the COF (Council on Foundations) in the USA, from there, its has links  with organizations in Central and South America, Europe and worldwide. 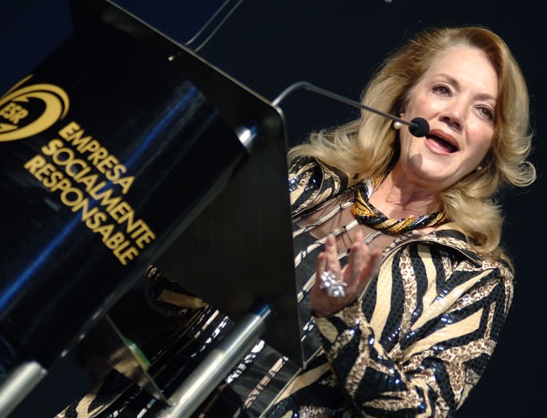 FA: Having experiences in Entrepreneurship, in your idea how can it help countries like Mexico, to improve their economy and create business opportunities?

MA: As an executive VP I implemented in my company the philosophy of a socially responsible  business , with all its benefits. I founded the company´s Foundation. With that experience, I am convinced that the more companies become citizens in their performance, the fastest the world will solve its social problems and inequality. Companies move the world and its economy, if they are socially responsible our problems will be solved.

FA: What was one of your success stories while you are working with the Mexican Center for Philanthropy?

MA:  When I retired from my job I became a volunteer in Cemefi and was named VP of the Board in charge of the BSR program. We had spectacular results among the Mexican companies and the program became very successful.

FA: What are the main challenges of philanthropic organizations in Central American and countries like Mexico?

MA: Philanthropic organizations in Mexico and Central American countries are facing many challenges, among them:
The lack of understanding and general awareness of the government, decision makers and the public  in general of the activities this sector performs and the social value of the work performed by them.
How to increase the organization´s impact on public policy and agendas using solid information.
How to generate strategic information to defend and promote the sector.
How to create strategic links and alliances among the organizations of the sector.
How to promote donations of time and money among the society to promote long term social investments.
How to increase the number of companies with socially responsible management and sustainable development.