Meryl Streep is Set to Visit My Hometown of Palm Springs! 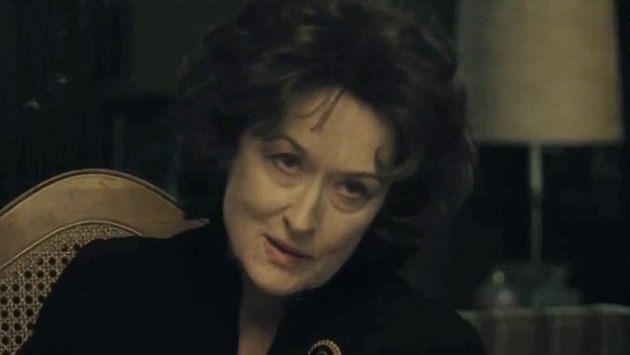 The legend, the icon, the cinema goddess Meryl Streep is set to visit Palm Springs!  My hometown!  Yay!  The actress is receiving the appropriately named, Icon Award at the 25th Palm Springs International Film Festival during the Awards Gala on Saturday, January 4th at the Palm Springs Convention Center.

I'll be on the red carpet so I'll give you your backstage pass with the legend!  Here's the complete press release:

Palm Springs, CA (December 18, 2013) – The 25th annual Palm Springs International Film Festival (PSIFF) will present Academy Award® winning actress Meryl Streep with the Icon Award at its annual Awards Gala.  The Icon Award honors a creative talent who, through the course of his or her career, has created a body of work which symbolizes the highest level of achievement in the motion picture art form.  The Gala will also present awards to previously announced honorees Sandra Bullock, Bruce Dern, Tom Hanks, Matthew McConaughey, Steve McQueen, Thomas Newman, Lupita Nyong’o, Julia Roberts and the cast of American Hustle.  Presented by Cartier and hosted by Mary Hart, the Awards Gala will be held Saturday, January 4 at the Palm Springs Convention Center.  The Festival runs January 3-13, 2014.

“We’re overjoyed to recognize Meryl Streep for yet another Oscar-worthy performance in August: Osage County,” said Festival Chairman Harold Matzner.  “Meryl Streep’s portrayal of Violet Weston, the matriarch of a dysfunctional family reunited by a tragic incident, will be remembered in her long list of iconic character roles.  The Palm Springs International Film Festival is honored to present the 2014 Icon Award to Meryl Streep.”  Michael Douglas was the first recipient of the Icon Award.

The Weinstein Company presents August: Osage County which tells the dark, hilarious and deeply touching story of the strong-willed women of the Weston family, whose lives have diverged until a family crisis brings them back to the Midwest house they grew up in, and to the dysfunctional woman who raised them.  Tracy Letts’ Pulitzer Prize-winning play of the same name made its Broadway debut in December 2007 after premiering at Chicago’s legendary Steppenwolf Theatre. It continued with a successful international run and won five 2008 Tony Awards including Best Play. August: Osage County is directed by John Wells and features an all-star cast including Meryl Streep, Julia Roberts, Ewan McGregor, Chris Cooper, Abigail Breslin, Benedict Cumberbatch, Juliette Lewis, Margo Martindale, Dermot Mulroney, Julianne Nicholson, Sam Shepard and Misty Upham.

For almost 40 years, Meryl Streep has portrayed an astonishing array of characters in a career that has cut its own unique path from the theater through film and television.  She received her first Oscar nomination for The Deerhunter. In 2011, in a record that is unsurpassed, she earned her seventeenth Academy Award nomination for her role as Margaret Thatcher in The Iron Lady.  For this role, she won the Academy Award, British Academy Award, and the Golden Globe for Best Actress.  She was most recently seen in Hope Springs, alongside Tommy Lee Jones and Steve Carell.  Her performance earned her a Golden Globe nomination.  Streep can currently be seen in August: Osage County and recently finished production on Disney’s Into the Woods and The Weinstein Company’s The Giver.