Microorganisms You Can Find in Drinking Water

There are invisible monsters living in your tap water, creatures that swim and multiply by the billions inside every drop of brisk, refreshing water you slurp down your gullet. they’re actually not all that bad. All water has bacteria and protozoans to some extent, most of them completely harmless. Here are 10 microorganisms that could be living in your drinking water right now. 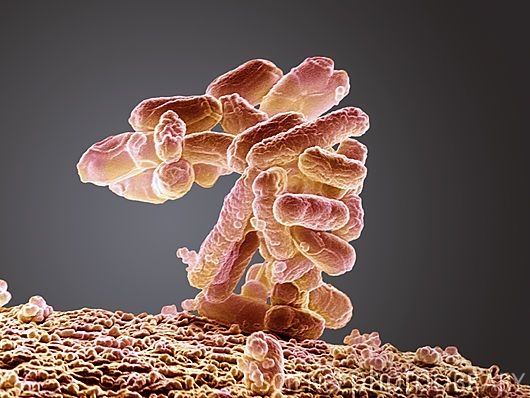 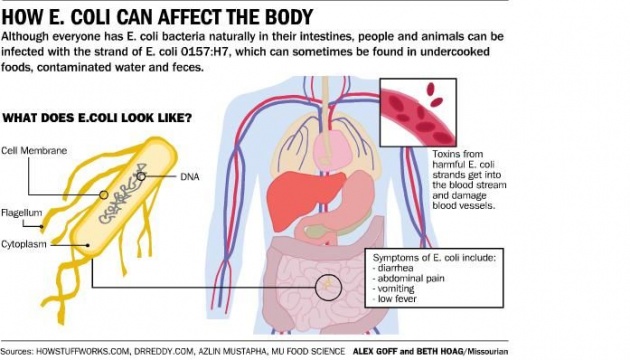 We all know about E. coli, or Escherichia coli, a bacteria that lives in, on, and around fecal matter. It’s been publicized more times than you can shake a stick at, until by now it’s practically a legend of the bacteria world. From food to water to even more food, it’s hard to get away from. Which is why it’s sort of disconcerting to find out that all drinking water invariably has E. coli in it; it’s just kept down to levels that are considered “safe.”

Here’s the data sheet on drinking water contaminants from the Environmental Protection Agency, or EPA, of the United States. According to that sheet, E. coli is acceptable as long as it doesn’t appear in more than 5 percent of the water samples collected in a given month. So if the municipality tests their water 100 times in a month, 5 of those samples can be infected with E. coli, but the water will still be permitted to go out to the city’s residents. And once you get down to decimal places of hundredths or thousandths of a percent, you are pretty much always guaranteed to find some E. coli swimming and playing in your water. 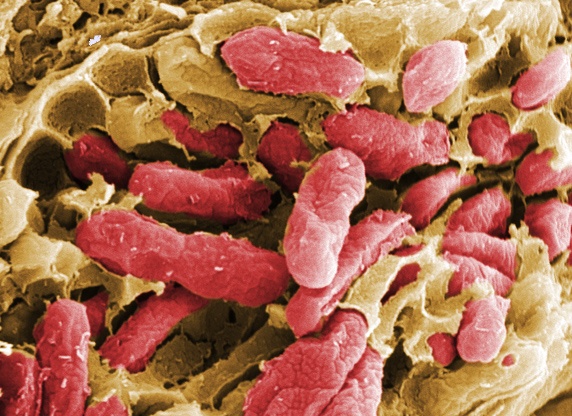 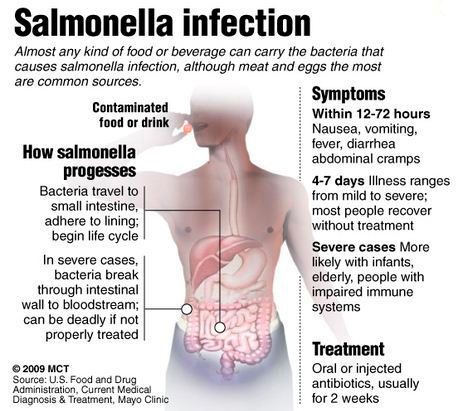 One of the first things we learn as children is that you always cook chicken, and if you handle it raw you better scrub those hands nice and good. The reason, of course, is salmonella, which has such a long history of infection it’s not even possible to link to them all here. Usually salmonella shows up on food such as beef, spinach, and of course, chicken (hedgehogs too, surprisingly). Less commonly, salmonella causes outbreaks through none other than our friendly neighborhood drinking water.

In 2008, Colorado tap water was responsible for 79 cases of salmonella poisoning, which caused fevers and vomiting. People with weak immune systems, like the elderly, are especially susceptible to salmonella. Another study looked at the water supply of Togo, Africa, and found 26 cases of salmonella contamination, suggesting that developing countries are at a greater risk for bacterial infections from drinking water. 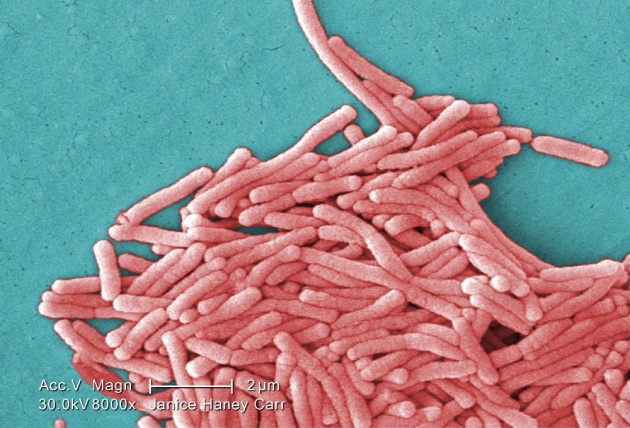 With a name like Legionella, this bacteria already sounds dangerous. And since it was named after an American Legion convention in 1976 where it was responsible for 34 deaths and a total of 221 infections, that might be a fair assumption. The condition caused by L. pneumophila is now called Legionnaires’ disease, and it sends 18,000 people to the hospital every year. And it comes from, you guessed it, contaminated water. Symptoms of Legionnaires’ disease include confusion, fevers of up to 107 F (41.5 C), loss of coordination, vomiting, diarrhea, and muscle aches. It shows up sporadically; in 2001, more than 700 people in Spain were infected in one centralized area.

-From the original article by Andrew Handley-

-All Credits to Andrew Handley and listverse.com-

Top 5 Countries Having the Most Water Shortage

Water is very important for the survival of a mankind. Think of a morning in which you wake up and y…

Photo Credit: www.pixabay.com I have been working on this blog for more than a week now and Im glad…

Tips on how to cure Dandruffs (Tropical Areas)

Dandruff is one of the most problematic scalp problems the tropical countriespeople have. This Dandr…

Many people have the habit of drinking cold water or ice water every day, especially when the weathe…