Hello ZenClouders, we are happy to say that we have now finally resolved about 95% of the issues that have accumulated over the last couple of weeks/days. We are aware that some new lower priority issues have arisen so we will be taking these by priority. As you know, we have moved to 2 week sprints instead of 1 week sprints. This allows us to spend more time resolving issues and continuing to secure the platform as it grows beyond what we could have imagined.

We are grateful for your support and feedback during this time. There are many new features and upgrades we are very excited about right around the corner. I would like to touch on a few items before getting into this weeks fixes and enhancements.

Many of you have questions about how the buy back program will work and when it will be implemented. I can now say that this is planned for our next regular release of this coming Thursday. By popular demand, we’ve added a new spin on this feature that allows the user to choose between 2 ways they would like to have the device “bought back”
A user will have the option to have the Prime Hashlet (of their choice) immediately bought back by us for a set price. After confirming, the Prime Hashlet will disappear and the credit will be applied to the user account. We believe this will satisfy the majority of the users that have been wondering about how this feature will work.
A user will have the option to have a Prime Hashlet (of their choice) bought by the community in an Incremental Per MH Program. When a user places a Hashlet Prime up for sale, the total MH of the Prime Hashlet will go in a pool of MH to be purchased by users buying Prime Hashlets in ZenCloud and www.gawminers.com. This option is great for customers who want to sell some or all of their Hashlet Prime in a given time period for a higher price than the Buy Back Program (but all MH may not sell immediately because this scenario uses First-In-First-Out logic to determine who’s MH get’s purchased first in a per/MH instance).
If A customer puts a 10MH Prime Hashlet up for sale (and is at the front of the line so to speak), and B customer purchases 5MH, 5MH is then drawn from the customer A’s 10MH Prime Hashlet. Customer A’s 10MH Prime Hashlet now becomes 5MH but the remaining 5MH is still up for sale (for the next buyer).
If B customer places an order for 15MH, all of customer A’s Hashlet will be sold and the extra 5MH purchased by customer B will be acquired from the next amount of MH in line ready to sell.
If no MH is available for sale from another customer, the MH will be purchased from Zencloud itself (but this process will be absolutely seamless for the buyer and doesn’t require further explanation).
A customer can choose to remove the Hashlet Prime from being on sale at anytime during this process (unless of course all of the MH is sold). If A customer removes the Hashlet Prime from being on sale, the Hashlet will obtain the current MH amount before being removed from on sale (so customer A will be credited the total amount of any sold MH during this time).
The Prime Hashlet will still hash while being up for sale (but no upgrades or changing of the display name will be possible during this time).

In addition to Prime Hashlet Buy Back, we are also working on some new Legendary Hashlets that will touch down next week as well. Since we are in the process of rewriting around 50% of the backend code to support new business logic and upgrades/amps, we have delayed the release of a new legendary Hashlet for a couple of reasons.

We are now 25% done with commits to rewriting the backend that supports splitting/merging/purchasing/upgrades/selling so it would be extremely difficult to reverse this process in order to release another Hashlet on the old codebase (as the business logic will be deprecated by next release anyway).
We want to prevent the likely scenario where pushing out an additional Hashlet could cause additional issues therefore even further delaying the rewriting of the backend to support new methods for selling/purchasing/upgrades/splits/merging.

I hope this is clear and understandable as we continue to scale up development resources and properly deal with growing pains.

The main reasons for rewriting of the backend business logic is to prepare for some Hashlet additions coming in the near future concerning upgrades/amps and faster developing around Hashlets in general without the need to work around complex miner profiles.

Here are some of the fixes and enhancements introduced this week.

We will be pushing out an update soon for these fixes/enhancements listed.

Some users are still experiencing an issue where Hashlets are disappearing after not being sold in the Hash Market (coming out of pending state) but this issue is in progress of being resolved. We have also identified specific users experiencing this behavior and are working in a case by case to resolve this.

We are still aware of some cases where the Hashlet image is missing on the Miners page for some users and are aware of what is causing this. A fix will also be pushed for this soon.

Prior to us implementing our new deposit/withdraw wallet system, some users had issues depositing and/or withdrawing BTC from their ZenCloud wallet. CSR’s are still going through these case by case to verify transactions in order to be sure everyone has been taken care of. In addition to this, we are also still in the process of reconciling a payout issue from last week where some customers received a different amount than allowed. Our CSR’s are also in communication with these customers and are actively reconciling these transactions as well.

Thank you all for your support! We hope to see you in Vegas! 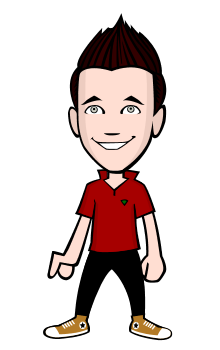