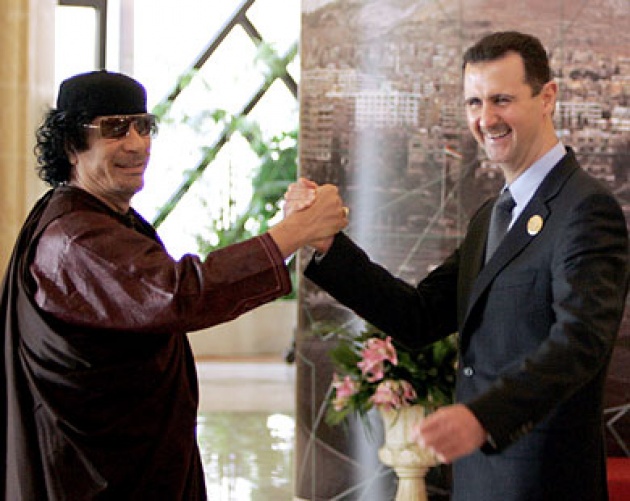 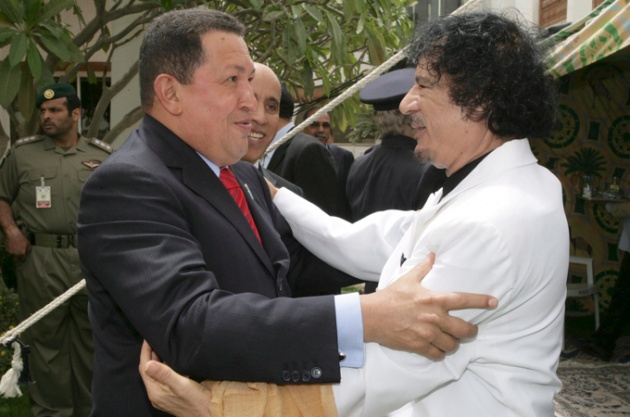 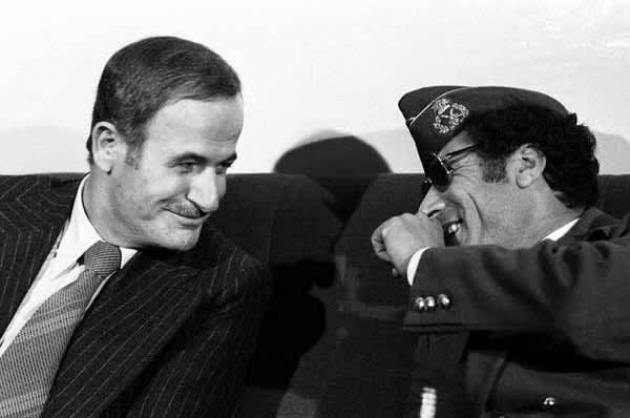 Not so Gentlemen's Club of Despotic Dictators - The Assad regime, Colonel Gaddafi and Saddam Hussein were all antipathetic toward Bosnia & Herzegovina, and it is stunning how many allies of the Assad dictatorship were also friends of Slobodan Milosevic’s Serbia 20 years earlier. Is about a club of despots and the ruthless that come to see perpetuating their own hold on absolute power as manifest destiny frequently driven by rhetoric that invokes divine right, even if some profess atheism (see North Korea and the Kim Dynasty)?

In 1992 when war conflict and genocide erupted upon its citizens, Bosnia & Herzegovina had fewer real supporters than the current “Friends of Syria.” Russia and China were clearly on the side of an authoritarian Belgrade regime for religious and/or ideological links. Francois Mitterrand was an outright bigot who projected the Bosnians as Muslims who did not belong to Europe. John Major’s United Kingdom Government was only less transparent and more inept in leading, except to do act by inaction – allow Bosnia and its people to be erased. India may have had its own religious/identity biases at play at the time as Hindu-Muslim unrest peaked. Many “developing” world and “Non-aligned” movement leaderships still saw Belgrade of 1992 as a direct successor to Tito’s Yugoslavia. Although not inclined to admit it now, the Bush-I and Clinton Administrations were disinclined then to bet on what they perceived as the inevitable loser – the newly reestablished and fledgling state of Bosnia & Herzegovina.

Colonel Gaddafi employed Serbian mercenaries to try to suppress his citizens to the end, and Saddam Hussein had a long-standing alliance with Belgrade. (Reportedly he paid for Slobodan Milosevic’s defense at outset). It is striking though how many of the “Pals of Assad” were also Friends of Milosevic. Official Russia, China, North Korea, Zimbabwe and Cuba are diverse in ethnicity and culture but are linked by more or less overt tendencies toward authoritarianism and suffocating dissent. As to emphasize the point, Iran and Venezuela were friends of Bosnia during 1992. Iran’s alliance with Assad has its own unique geo-political considerations. Venezuela dramatically changed with the emergence of Hugo Chavez and the departure of then UN Venezuela Ambassador Diego Arria.

Comparing the relatively small but vocal/active Pals of Assad and looking back upon the explicit/implicit support that Belgrade had in 1992, it may be argued that Milosevic ultimately became the first in a series of authoritarian leaders to fall. Even in 1995, Washington still flirted with Milosevic. It made the mistake of anointing him as the foundation of the new order and peace in post Dayton Accords SE Europe as fashioned by Richard Holbrooke. Note that Milosevic only was indicted and deposed after he fell onto Kosovo – then the sins of Bosnia caught up with him when Washington removed the effective absolution. Two decades later, Saddam and Gaddafi as well as Milosevic are gone. Will the Assad Dynasty be soon to follow?

What is depression? Sadness or downswings in mood are normal reactions to lifes struggles, setbacks…

Less than a week after rapper Kanye West and his ex-girlfriend Amber Rose had an online spat, the "G…

Youth is that part of human life in which the skills of young mans are on the rise. Desires, aspirat…