MLB limits, but does not ban, home plate collisions 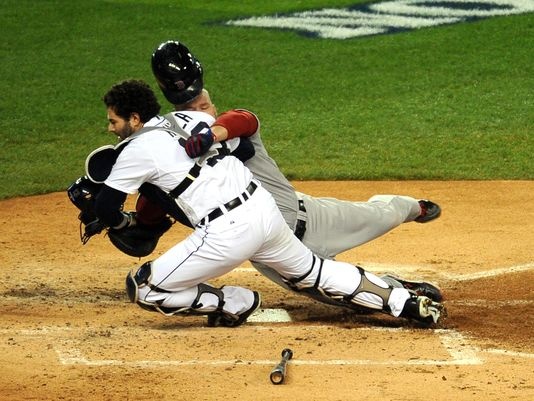 Tony Clark, executive director of the Major League Players Association, cautions that the rule will be on an experimental basis only for the 2014 season, particularly after hearing a mixed reaction from veteran catchers.

"I disagree with it,'' Boston Red Sox catcher A.J. Pierznyski told USA TODAY Sports over the weekend. "I understand why they're doing it, but next, they're going to tell us that you can't slide into the guy at second base.

"There are going to be plays at the plate, late in games, where you need to block the plate and try to keep that guy from scoring, saving save a run that ultimately gets your team into the playoffs.

"And not given that opportunity is unfair. I understand why the rule is made, but I wish there was a better way to go about it.''

"Our goal is to eliminate the vicious hits, for a baserunner to go and instead of targeting home plate, he's going to target the catcher, like in the Posey case,'' said Joe Torre, MLB's vice president of baseball operations, who has been briefing teams on the collision rule and the expanded use of replay.

The new guidelines still allow runners to initiate contact if the catcher has the ball and is blocking the plate. Runners don't have to slide, but those who do won't be found in violation of the rule.

"He can run into (the catcher), but he can't elbow him, shoulder him,'' Torre said, "and that's where the replay stuff is going to come in.''

The rule also prevents catchers from blocking home plate without possession of the ball. If the catcher impedes the baserunner without the ball, the runner will be automatically safe. And if the baserunner goes out of his way to deliberately initial contact with the catcher, he will be called out.

The home-plate collision will also be subject to instant replay review.

"It puts the umpires in a horrible spot,'' Pierznyski said. They not only have to decide whether the runner is safe or out, but did the catcher block the plate? He's going to have to make a million different decisions.

Clark understands the mixed feelings and debate with the new rule, addressing it with reporters Monday after meeting with the New York Yankees.

"There's a lot of questions,'' Clark said. "Everybody starts from the same position, how do we protect players? We start there, but when you consider how that is going to translate to play on the field, there are some things that often times that can make the water a little muddy.

"The concern was protecting players and trying to draw up something that not only made sense on paper, but always was going to make sense to the players playing on the field who are going to be processing information in a very short period of time. You're talking about a ball coming to home plate, a guy trying to score, and often times you're talking about the game on a the line.

"Now that it manifests itself according to a rule that going to potential change habits is a very delicate situation. If you're not careful, you're going to put both the runner and the catcher in a place where both can be injured. So obviously, that's not the focus.''

Major League Baseball announced that it will distribute training materials this spring, including the re-training of catchers and base runners with managers. There also will be a committee of players and managers to review developments during the season for possible changes in 2015.

The official new 7.13 rule will read:

"The game for a lot of these guys has been played one way, one mindset, one focal point,'' Clark said, "and that doesn't change overnight. A lot of that that falls that comes into play with the rule itself that perhaps looking to change some habits. That's going to take some time for habits to change. You're going to put some guys into harm's way. 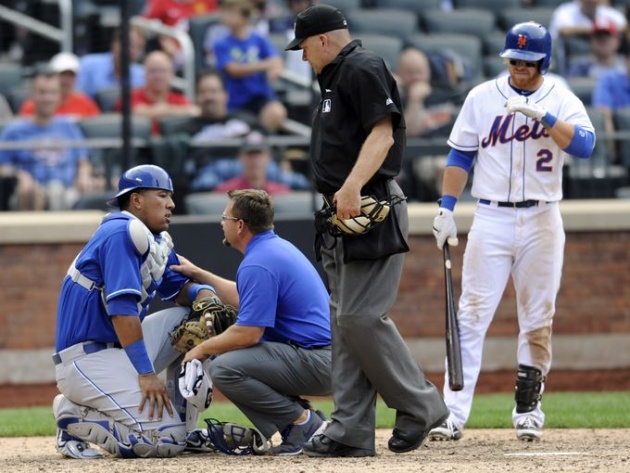