Mo Farah nominated for World Sportsman of the Year award 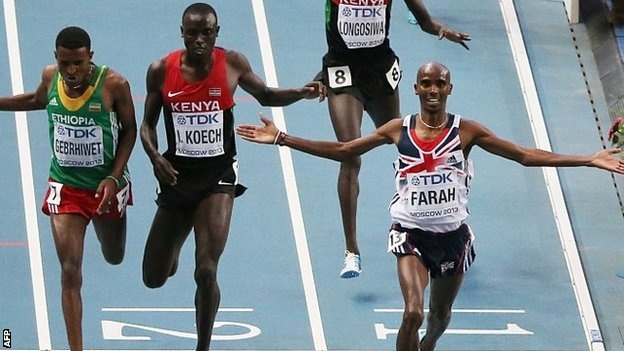 Mo Farah's achievement in winning the 5,000m and 10,000m double at last year's World Championships in Moscow has seen him nominated for the Laureus World Sportsman of the Year honour.

Sprinter Usain Bolt, who has won the award three times, is again nominated.

The ceremony takes place in Kuala Lumpur on Wednesday, 26 March.

Farah's nomination comes on the same day he announced he will run in the New York City Half Marathon in March, one month before he makes his debut over 26.2 miles at the London Marathon.

The nominations follow a ballot by the world's media and the winners are voted for by the Laureus World Sports Academy, which is made up of 46 of the greatest sportsmen and sportswomen of all-time,

Golfer Justin Rose, who finally won his first major at last year's US Open the age of 32, is nominated for Breakthrough of the Year, while British-born, now US-based, BMX star Jamie Bestwick is shortlisted for the Action Sports award for the fourth successive year.

Four-time Olympic gold medallist Ben Ainslie is nominated for the World Comeback of the Year award as a member of Oracle Team USA which won the America's Cup in thrilling fashion last September. 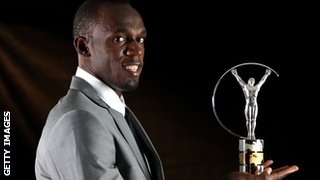